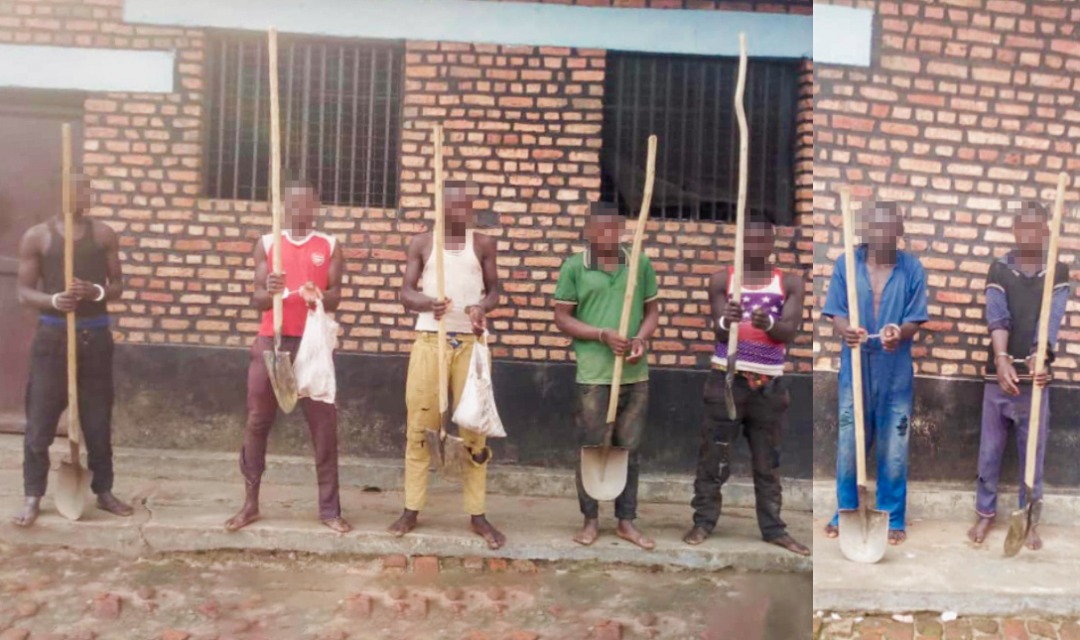 Seven people have been arrested in Ngororero District after they were found mining Wolfram illegally in a protected forest.

They were arrested in an operation conducted by Rwanda National Police on Friday, August 5, at about 5am, in Gishwati National Park on the side of Gatomvu Village, Mugarura Cell, Muhanda Sector. They were caught in possession of 4kgs of Wolfram.

Superintendent of Police (SP) Bonaventure Twizere Karekezi, the Police spokesperson for the Western region, said that the illegal mining activities were reported by local residents.

“After Police was tipped off by local residents in Gatomvu village on illegal mining, an operation was conducted and the suspects were arrested red-handed with traditional tools excavating minerals. They had already mined 4kgs of Wolfram,” said SP Karekezi.

He reminded the public that illegal mining particularly in protected areas and vandalizing forest are practices that are punishable by law.

The suspects and the exhibits were handed over to RIB at Kabaya station for further legal investigations.

Article 72 of the Law N° 064/2021 of 14/10/2021 governing biological diversity provides that without prejudice to provisions of other laws, a natural person who undertakes minerals exploration activities or exploits mines or quarries in a protected area, commits an offence.

If the offence referred to in Paragraph One of this Article is committed in a national park or a strict nature reserve, the penalty is a term of imprisonment of not less than three (3) years but not more than five (5) years and a fine of more than Frw7 million but not more than Frw10 million.