RNP warns over use of social media to spread rumours 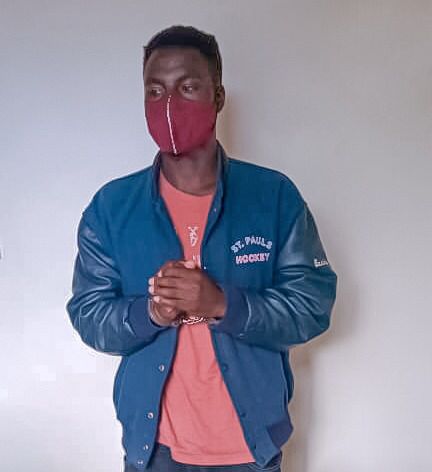 Rwanda National Police (RNP) has cautioned people, who use social media platforms to spread rumours and to incite fear.

This comes after one Elode Manishimwe, 20, used his twitter account to claim that there was insecurity in Byahi Cell, Rubavu Sector in Rubavu District.

In a tweet he posted on his account on Sunday, November 14, Manishimwe used a photo of an injured man, whom he claimed that he was attacked by gangs in Byahi cell, where he lives.

Chief Inspector of Police (CIP) Bonaventure Twizere Karekezi, the Police spokesperson for the Western region, said that Police reacted to the alleged tweet to respond to the alleged insecurity in Byahi.

"Police and local authorities met residents in the said area, who dismissed the insecurity claims. Residents said they there are no concerns of insecurity in the area and that they move freely and safely day and night," CIP Karekezi said.

He added: "It was later established that Manishimwe caused a false alarm and he was spreading rumours. Investigations indicated that he used a photo of a man, who got injured sometimes back in Cyuve Sector of Musanze District. As a result, Manishimwe was located and arrested in Byahi Cell this Monday, November 15, for circulating rumours."

Manishimwe is a resident of Musanze, who currently resides in Rubavu District where he is pursuing his studies.

According to Manishimwe, he got the photo he used from his brother's phone.

CIP warned that spreading rumours is a criminal act and urged people using social media platforms to cross-check their claims to prevent misleading the public and authorities as well as causing unnecessary fear.

"Whereas social media platforms bring the police and public closer with instant communication, exchange of relevant information and helping the Police in its service delivery; it should not be misused to cause insecurity or to commit a crime instead of helping to prevent it," said the Western region spokesperson.

Manishimwe was handed over to RIB at Gisenyi station for further investigations and subsequent legal actions.

Article 39 of the law No. 60/2018 of 22/8/2018 on prevention and punishment of cybercrimes, states that "any person, who knowingly and through a computer or a computer system, publishes rumours that may incite fear, insurrection or violence amongst the population or that may make a person lose their credibility, commits an offence.