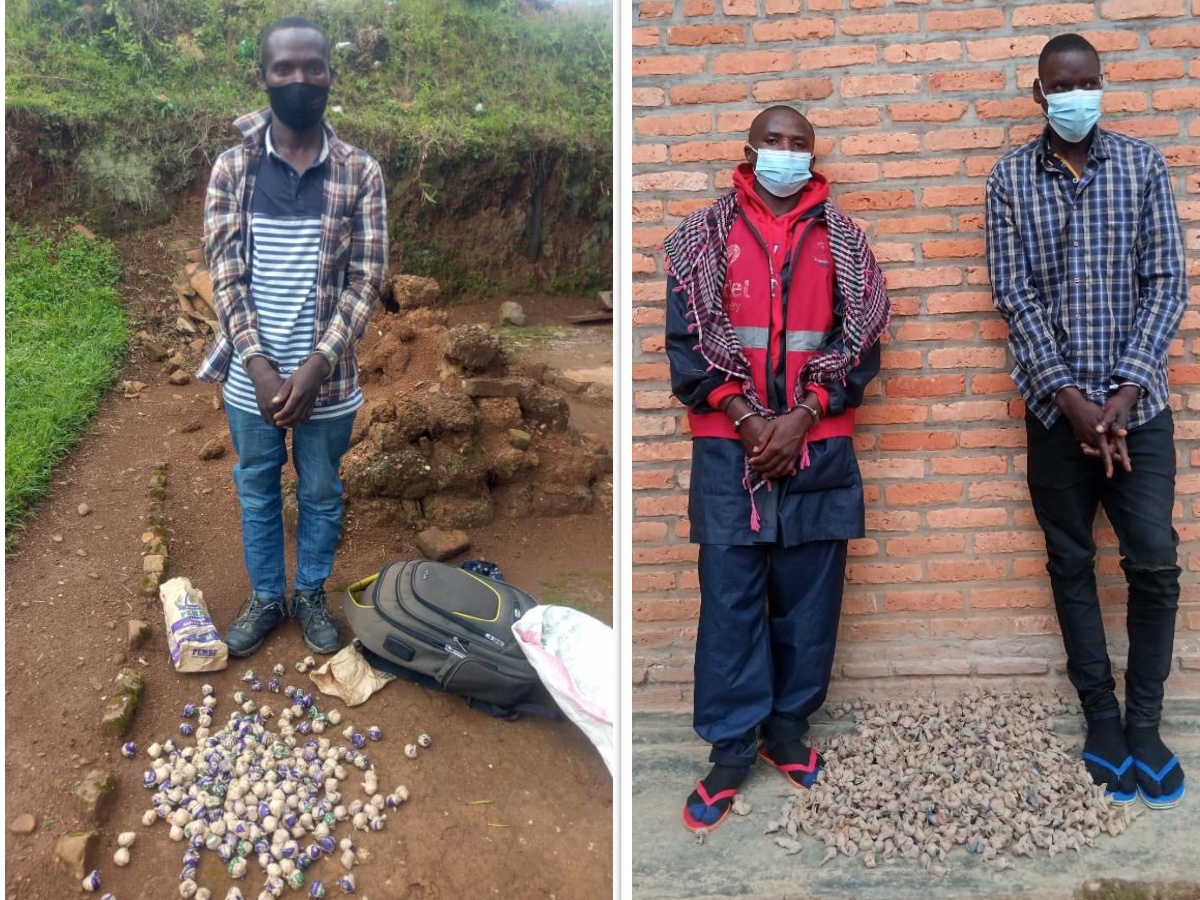 The District Police Commander (DPC) for Rulindo, Chief Inspector of Police (CIP) Pacifique Semahame Gakwisi said that the suspects were arrested as part of the ongoing Police operations targeting smugglers and drug traffickers.

“Murwanashyaka was at the time transporting the narcotics on a motorcycle ridden by Olivier Bunani, heading to City of Kigali from Musanze District, but Police intercepted them in Buhande, Rulindo District following credible information on their criminal dealings," CIP Semahame said.

He added that Musabyamahoro was at the time traveling in a bus to Kigali from Rubavu District.

“Musabyamahoro, who had boarded a bus from Rubavu to Kigali was identified and arrested at a Police checkpoint in Shyorongi Sector. He had concealed 300 rolls of cannabis in his luggage," the DPC said.

Musabyamahoro claimed that he was also hired by another drug dealer in Rubavu District to deliver the narcotics to a client, whom she did not disclose, in Kigali.

Similar targeted and random operations across the country continue to reap big in breaking chains of drug traffickers and local retailers.

The suspects and exhibits were handed over to RIB at Bushoki and Shyorongi stations.

Cannabis is listed among very severe drugs in Rwanda.