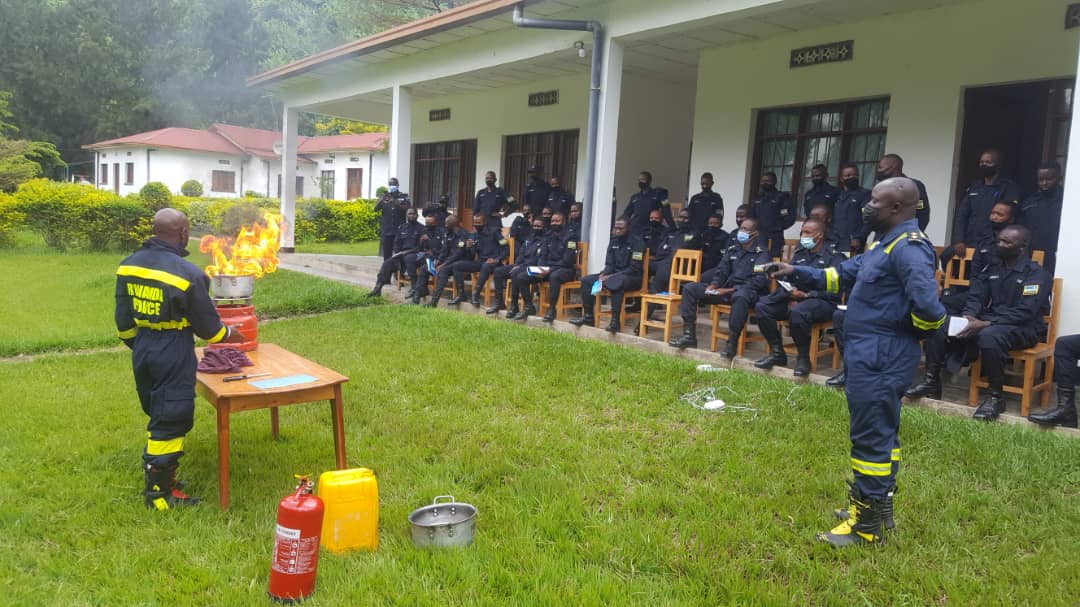 Fifty-two police officers attached to the  Police marine unit were on Thursday, January 13, given skills and knowledge on fire safety.

The fire prevention awareness was conducted by the Fire and Rescue Brigade (FRB) at the Police Marine headquarters in Maziba Village, Kaguriro Cell, Bushonyi Sector of Rutsiro District.

The commanding officer for FRB, Assistant Commissioner of Police (ACP), Paul Gatambira, said that the training will be extended to all police officers in marine unit.

On Friday, he said, the training will be extended to Marine officers operating at Burera and Ruhondo marine offices.

“We have been conducting training and raising awareness on fire safety in various institutions, it is in the same line to also equip Police officers with the same basic skills to prevent fire outbreak and to respond to basic fire emergencies," ACP Gatambira said.

The training, he added, looks at fire prevention measures, causes and components of fire, fire-fighting techniques as well as how to use and protect fire-fighting equipment.