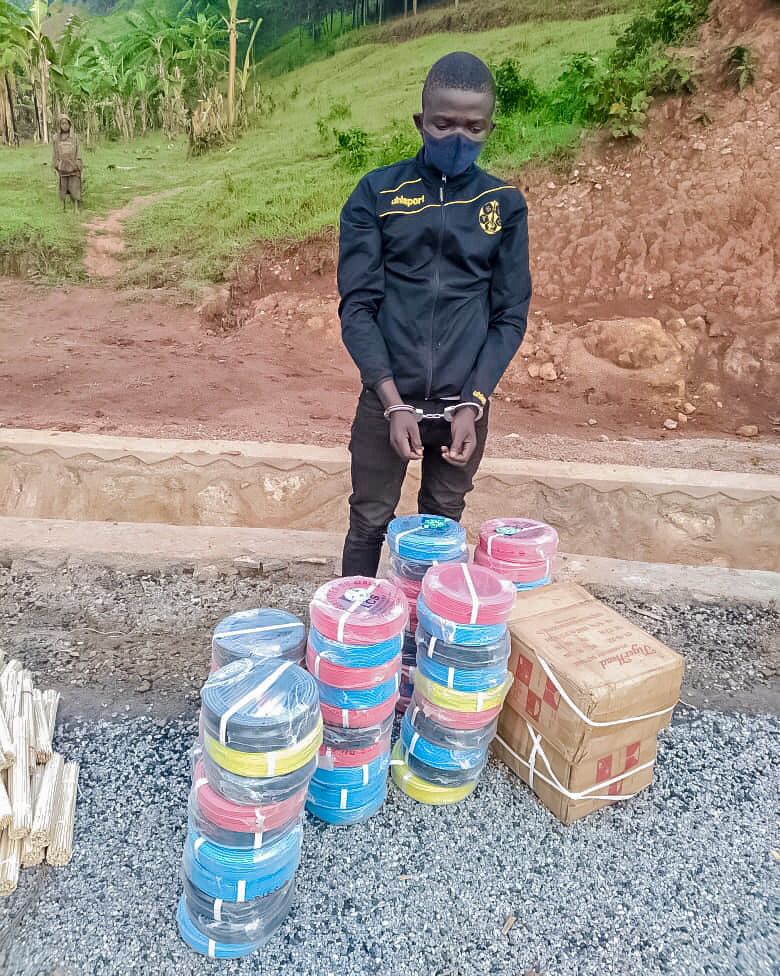 At the time, Niyomugabo, who was intercepted in Mwoya Cell, Nyagisozi Sector, was sneaking the cables into Rwanda from the neighbouring Burundi.

The Southern region Police spokesperson, Superintendent of Police (SP) Theobald Kanamugire said that the suspect was arrested due to information provided by local residents.

“RPU had information about people, who smuggle banned and substandard electric cables into Rwanda from Burundi, through porous borders. Niyomugabo was identified as one of of the smugglers," said SP Kanamugire.

He added: "RPU officers trailed Niyomugabo; he met his suppliers at a place called Iviro, picked the cables and boarded a bus to also supply his customers in Huye, Muhanga and Kigali. The bus was stopped and Niyomugabo was taken into custody and the cables seized."

Following his arrest, Niyomugabo claimed that he was being hired by traders to pick the banned cables from other suppliers in Burundi.

This time, he argued, he had been hired by a trader in Huye District to collect the cables from Burundian suppliers and deliver them to his shop. Niyomugabo said that he was supposed to be paid Frw20, 000 after delivering the cables.

It is, however, said that Niyomugabo was part of the chain that smugglers the substandard and banned cables to Kigali.

'Senegal' are among the substandard electric cables that were banned by Rwanda Standards Board (RSB).