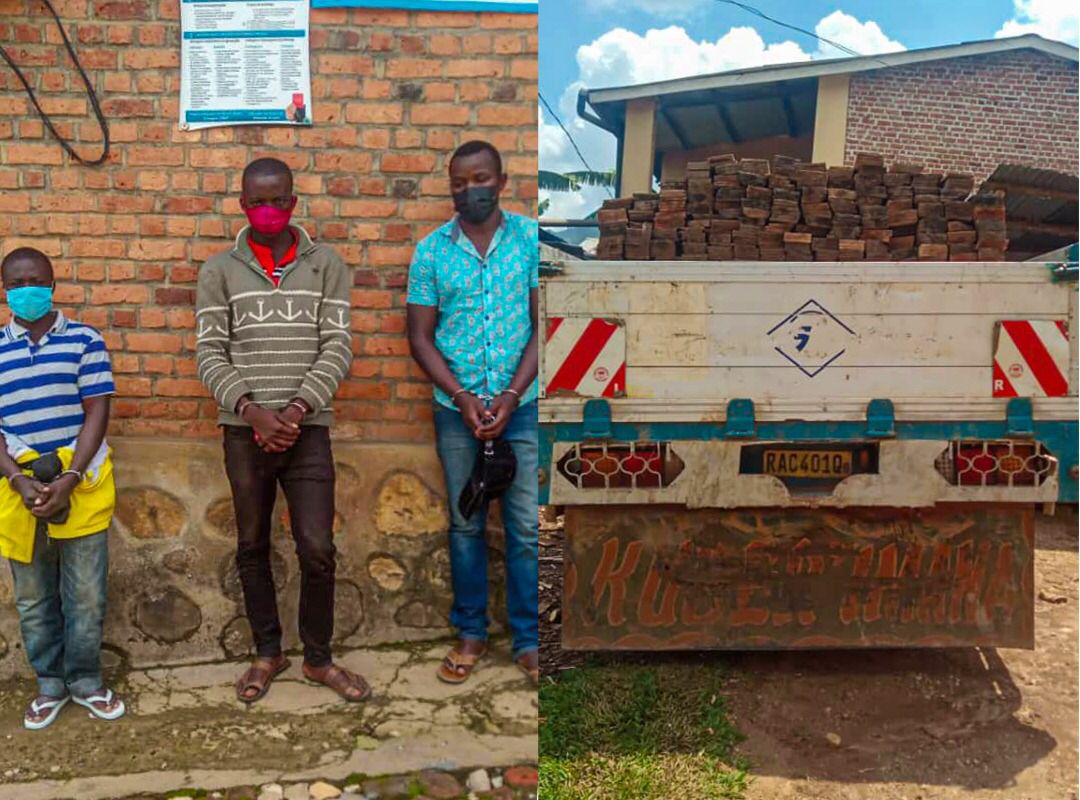 They were allegedly cutting trees in the forest located in Kirwa village to make timber.

According to the Western region Police spokesperson, Chief Inspector of Police (CIP) Bonaventure Twizere Karekezi, the suspects were found with over 100 pieces of timber, which they made out of trees they cut in the protected forest.

"The environmental crimes were reported by local leaders after reports from residents," CIP Karekezi said.

He added that Hagenimana cut the trees to saw timber for sell.

"Local leaders first seized over 100 pieces of timber from Hagenimana. He later fraudulently took the timber from the store where it was kept after he lied the security guard that authorities had given the timber back to him.

Hagenimana then sold the timber to Ndagijimana and they connived with Ngirimana to transport it to timber traders," CIP Karekezi explained.

The trio was intercepted after loading the timber in a truck belonging to Ngirimana.

CIP Karekezi warned against destroying forests and called upon the public to always report such illegal acts of environmental degradation.

The suspects along with the timbers were handed over to RIB at Gatumba station for further legal process.

Article 44 of Law N°48/2018 of 13/08/2018 on environment prohibits the following acts in order to protect biodiversity: burning forests, national parks and reserved areas, burning swamps, grazing land, bushes, grass with the aim of agriculture or organising grazing land, killing, injuring and capturing animals of endangered species, destroying or damaging habitats, larvae, pupae or the young animals of the endangered species, causing death or burning protected plants, harvesting or destroying them,  transporting or selling the remains of a whole or part of an animal and plants of endangered species, and cutting trees in forests or protected areas or in national parks.