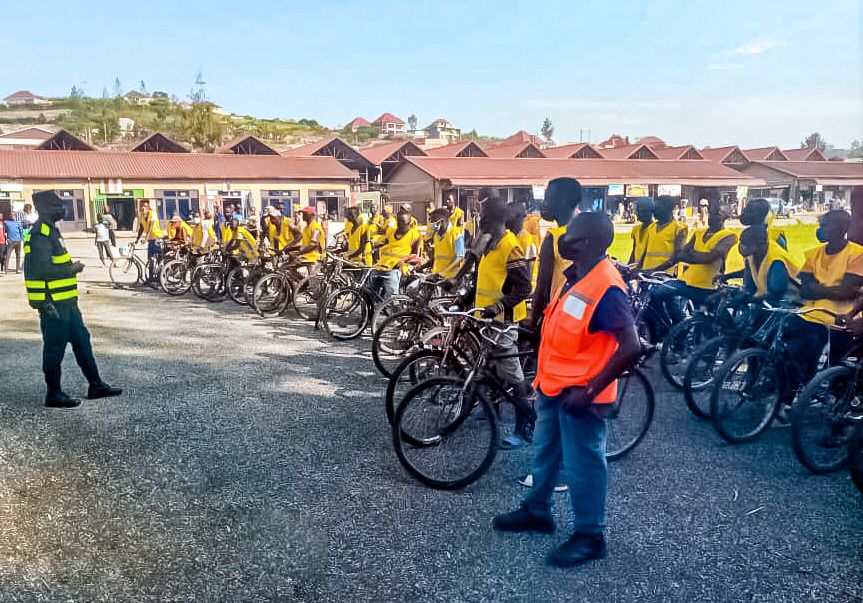 The campaign conducted on Sunday, November 7, targeted cyclists organized in a cooperative called Kotamonyaka operating in Runda, Gacurabwenge and Rugarika.

According to Superintendent of Police (SP) Theobald Kanamugire, the Police spokesperson for the Southern region, the commercial cyclists are among the victims but also cause road accidents.

“Cyclists are among road users, whose reckless and inappropriate behaviours cause fatal accidents. Some of them hitch trailers to pull them uphill and in some cases this has ended fatal. Others ride at night without reflector jackets and no head lights, which is deadly, and these are some behaviours that they were urged to do away with," SP Kanamugire said.

The cyclists were also cautioned against overloading, reckless riding, and bad maneuvers.

They were also urged to refrain from any acts of criminality such as trafficking drugs or facilitating drug dealers, but rather join efforts to identify and report drug dealers and other illegal acts.