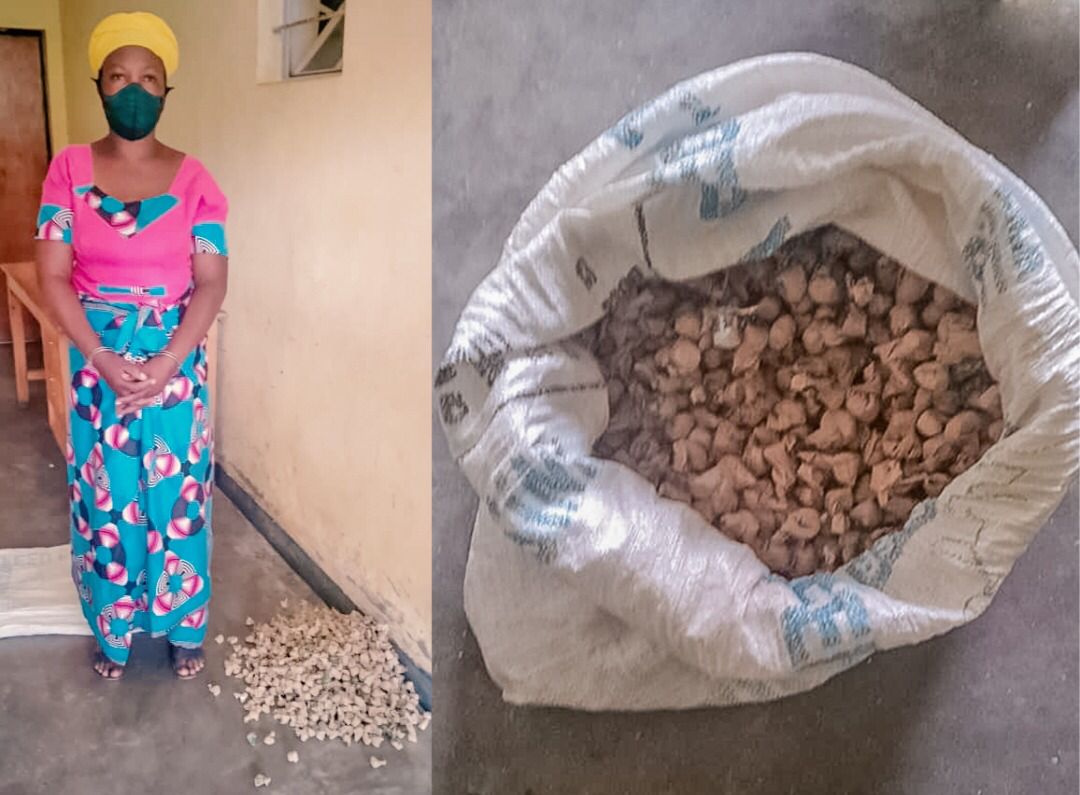 On Wednesday, November 17, Rwanda National Police (RNP) arrested one Zubeda Nyiramatama, 49, in Nyabihu District in possession of 876 pellets of cannabis.

“Nyiramatama was identified and arrested by Police officers at a checkpoint after they found pellets of cannabis stashed in her luggage and covered with fruits,” said CIP Karekezi.

Meanwhile, Nyiramatama disclosed that was also supplied by another drug dealer in Rubavu District whom she could only identify as Kazungu.

Although she also confirmed that she was headed to Muhanga to supply her customer, she could not disclose the identities of her client she was going to supply.

"We are seeing increased arrest of suppliers of narcotic drugs and most of them are reported by the people in communities where they operate or pass. This spirit of community policing and ownership is creating impact in breaking supply chains," CIP Karekezi said.

Nyiramatama was handed over to RIB at Jomba station as law enforcement organs are still search for other member of the drug trafficking ring.

The Ministerial order nº 001/MoH/2019 of 04/03/2019 establishing the list of narcotic drugs and their categorization classifies cannabis in the category of "very severe narcotics.’’