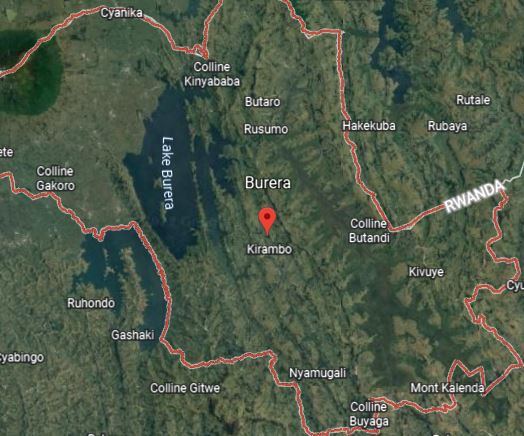 A man, who was fleecing unwitting members of the public in Burera District, was arrested by the Police on Friday, April 29.

Police and local leaders arrested Evariste Manishimwe, 26, in Gakore Village, Cyahi Cell of Rugarama Sector after it emerged that he had defrauded at least 13 people, whom he was promising to get bursaries for their children.

"Manishimwe made some residents believe that he works for an international organisation called Pionner Missions Global, which offers bursaries for  children from disadvantaged families," Superintendent of Police (SP) Alex Ndayisenga, the Northern Region Political and Civic Education Officer (RPCEO), said.

He added that the suspect was taking Frw2, 000 from each parent.

"So far, we know 13 people, who had already paid that amount, which Manishimwe claimed that it was meant to open a bank account for each of the beneficiaries and where the financial support would be deposited by the NGO," SP Ndayisenga explained.

When some residents became suspicious, he added, they decided to report the matter to local authority, who then informed security organs leading to his arrest.

SP Ndayisenga called upon the general public to always be vigilant against such scammers and to report people, take steps to inquire from local authorities to avoid falling prey, and to be quite to share information on these swindlers.

The suspect was handed over to RIB at Gahunga station for further legal process.