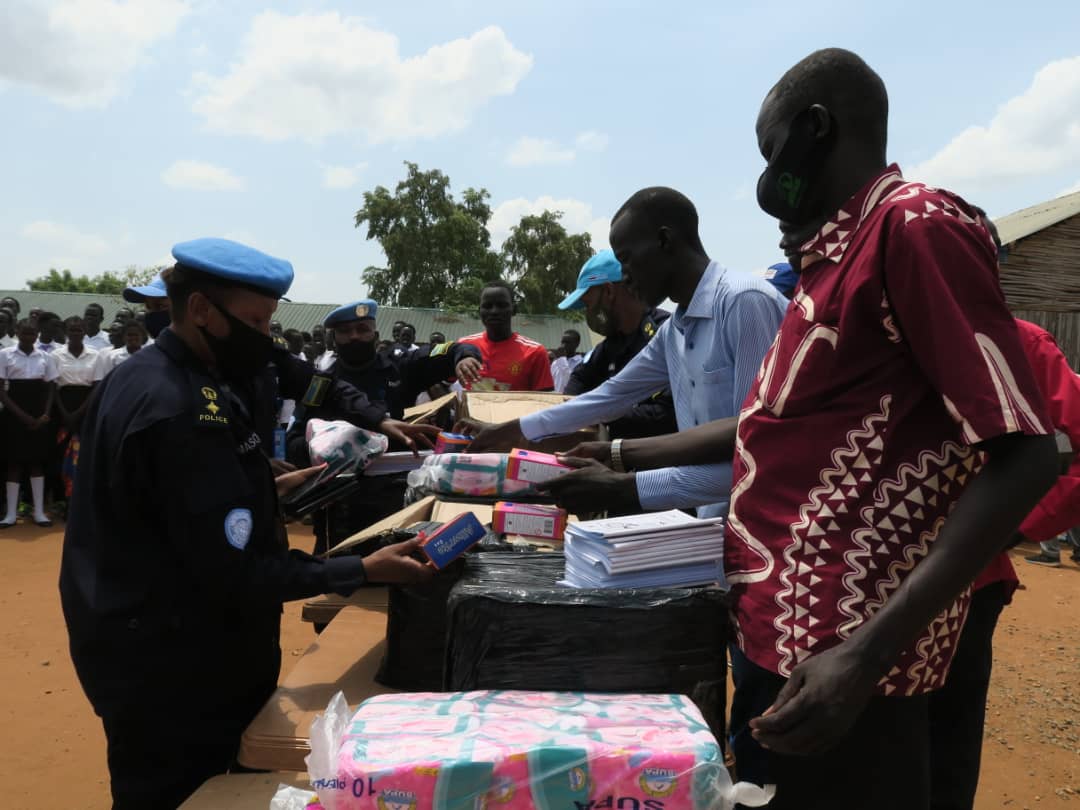 The beneficiaries are pupils at Hope Primary School, which was established in IDP camp 3 in Juba to support the conflict-affected children.

The donations were handed over to the school and camp managements by the Rwanda FPU-3 contingent commander, Senior Superintendent of Police (SSP) Jeannette Masozera.

“Education is one of the most important things that will help you in the future, regardless of the challenges you are facing today. So, we are here today to support you in that journey,” SSP Masozera told the students during the handover of the items.

She urged them to focus on their education and refrain from any malpractices that can destroy their future.

The event to handover the items also provided a platform to sensitize the students on dangers of abusing drugs to their health and education dreams. 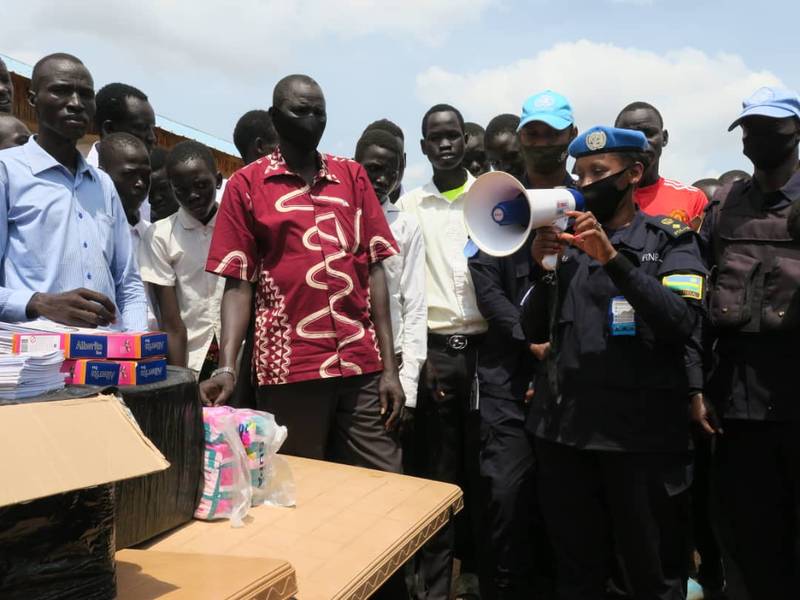