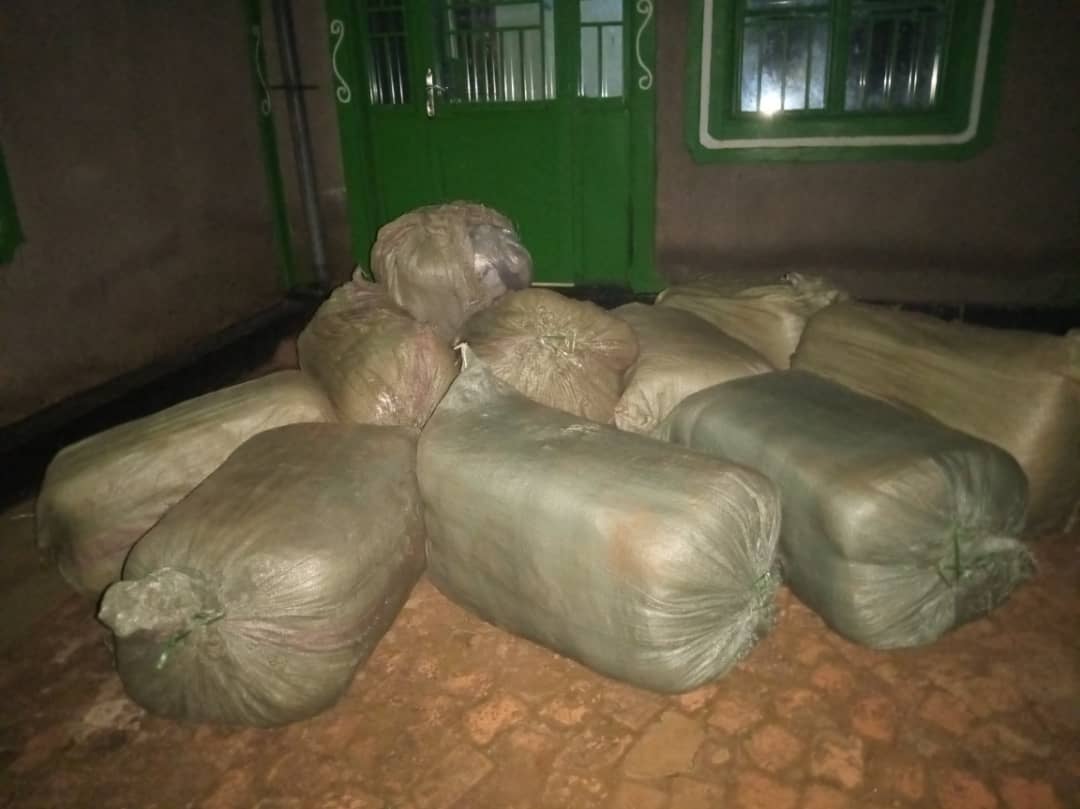 The Rwanda National Police (RNP) Revenue Protection Unit (RPU) has impounded 10 bales of second-hand clothes commonly known as ‘Caguwa’ from a smuggler in Rusizi District, who was also taken into custody.

Ntigurirwa, a resident of Ruhango District, had rented a house in Rusizi District, which he was using as store for smuggled goods, especially bales of used clothes and shoes.

"Police got information at about 6pm that commercial motorcyclists were transporting clothes from the shores of Rusizi river to the house rented by Ntigurirwa in Kamabaji Village, Ruganda Cell, Kamembe Sector.

During the search, the deployed Police officers recovered 10 bales in the same house, where the owner, Ntigurirwa was arrested," CIP Karekezi said.

The bales had been smuggled into Rwanda from the Democratic Republic of Congo (DRC).

Ntigutirwa was apparently selling the clothes in markets in Muhanga and Ruhango districts.

At the time of his arrest, he was waiting for a vehicle to transport the clothes to different markets in the two districts.

CIP Karekezi commended residents, who shared information leading to the arrest of the suspect.

The Western Region Police Spokesperson warned that Police and the RPU in particular, heightened operations against smugglers.

The suspect was taken to RIB at Kamembe station for further investigation while smuggled goods were handed over to Rwanda Revenue Authority (RRA) in Rusizi.

Under article 199 of the East African Community Management Act, which is also applicable in Rwanda, seized smuggled goods are auctioned.

A taxpayer, who commits fraud, is subject to an administrative fine of one hundred percent (100%) of the evaded tax.

With exception to that penalty, the Tax Administration refers the case to the Prosecution service if the taxpayer voluntarily evaded such tax, like through the use of false accounts, falsified documents or any other act punishable by law.

In case of conviction, the taxpayer can be imprisoned for a period between six months and two years.