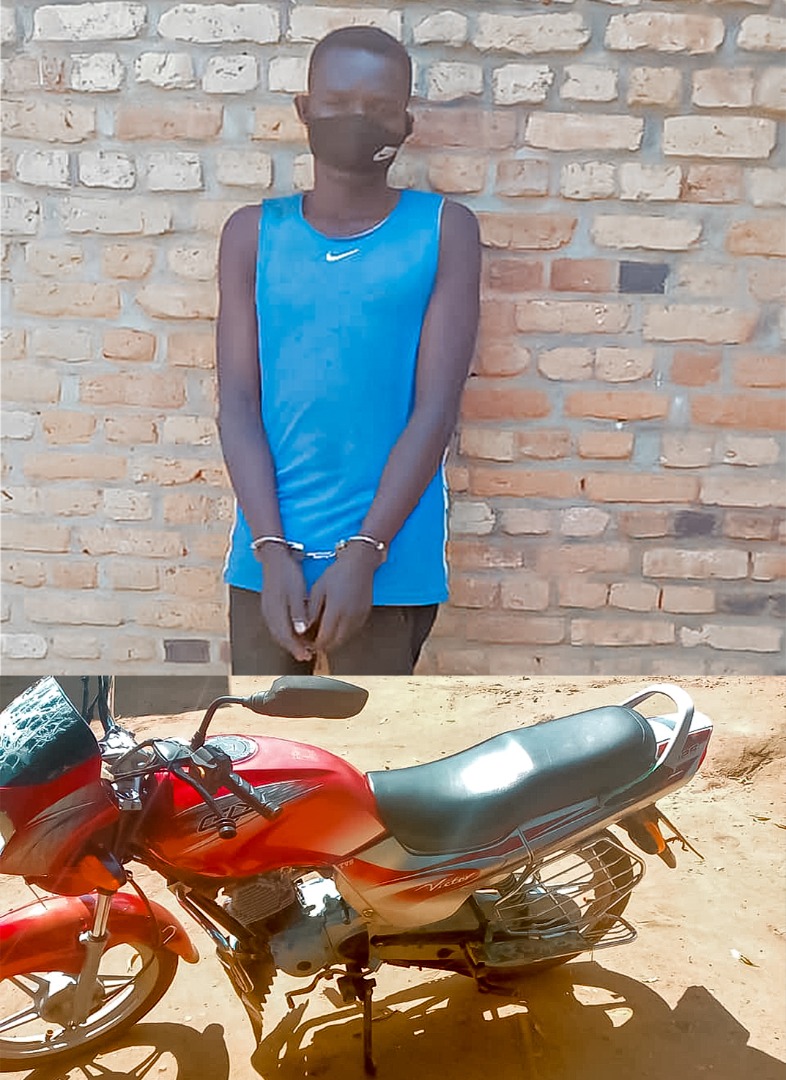 The motorcycle belonging to one Patrick Mushimiyimana, 30, was stolen on Wednesday, January 19, in Bugaragara Village, Gacundezi Cell also in Nyagatare.

The Eastern Region Police spokesperson, Chief Inspector of Police (CIP) Hamduni Twizeyimana said that the victim reported the alleged theft of his motorcycle, on Wednesday, after he could not find it where he had parked it.

Mushimiyimana had parked his motorcycle outside the restaurant, where he was. When he came out, he could not find his motorcycle, and he reported to the Police," CIP Twizeyimana said.

He added: "During investigations, some residents reported that they saw Kubwimana, who is also a suspected thief, leaving the area with the said motorcycle. Kubwimana, with the help of residents, was located and arrested with the stolen motorcycle."

CIP Twizeyimana thanked residents, who shared information leading to the arrest of the suspect and recovery of the motorcycle.

Kubwimana was handed over to RIB at Rwimiyaga station for further legal process.