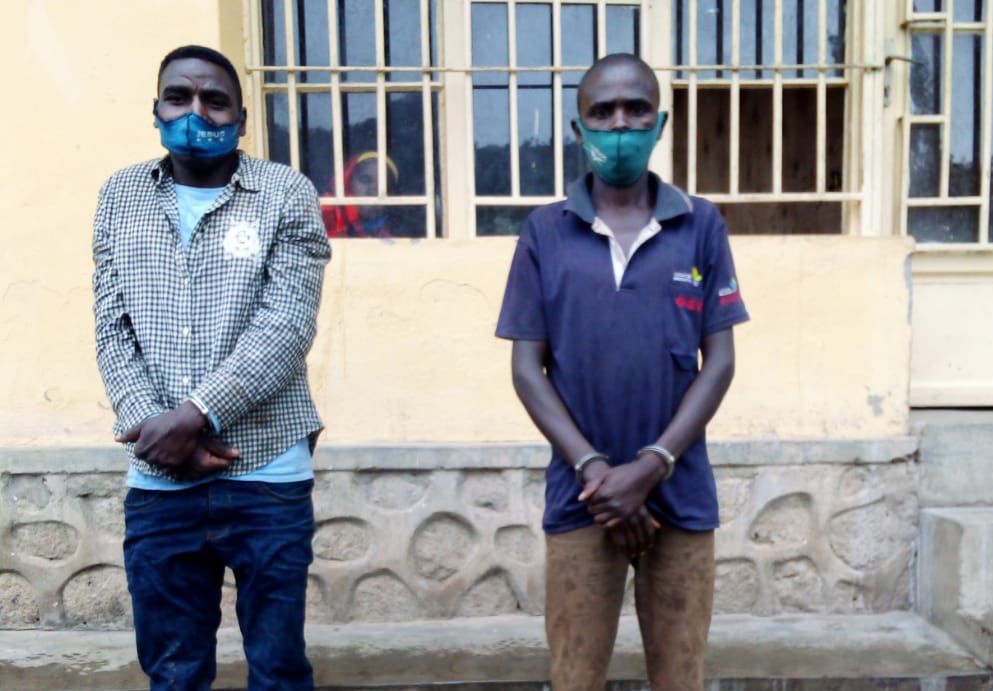 Two men identified as Florent Niyigena, 27, and Jean Damascene Nkundabagenzi, 36, have been arrested in Nyabihu District for allegedly vandalizing roadside traffic control signposts, which they were selling as scraps.

They were arrested red-handed on Thursday, November 18, at about 8am, in Mubuga Village, Gakoro Cell, Rugera Sector with four metal posts.

"A resident in Gakoro called the Police after realizing that signposts that had been erected on both sides of the bridge, were stolen," CIP Karekezi said.

Some vandalised signposts were meant to caution people and motorists in particular about the bridge ahead while others were indicating the bridge weight limit of 30 tonnes.

"During the operations, Police recovered the metals in the house of Nkundabagenzi located about 100 meters from the bridge,” said CIP Karekezi.

Upon his arrest, Nkundabagenzi availed that the signpost metals were brought by Florent Niyigena the previous night and asked him to keep them, promising to pay him Frw5,000.

Niyigena was also located and arrested. He admitted that they should sell the metals to dealers in scraps.

CIP Karekezi commended the role of the public in protecting public infrastructure.

The suspects were handed over to RIB at Rugera station for further investigation.

Article 182 of the law relating to offences and penalties in general in Rwanda, “any person, who maliciously demolishes or damages in any way, in whole or in part of construction, building, bridge, dams, water pipes and their routes, railway rails or any other means of communication or electric power infrastructure, wells or any other constructions, which do not belong to him/her, commits an offence."