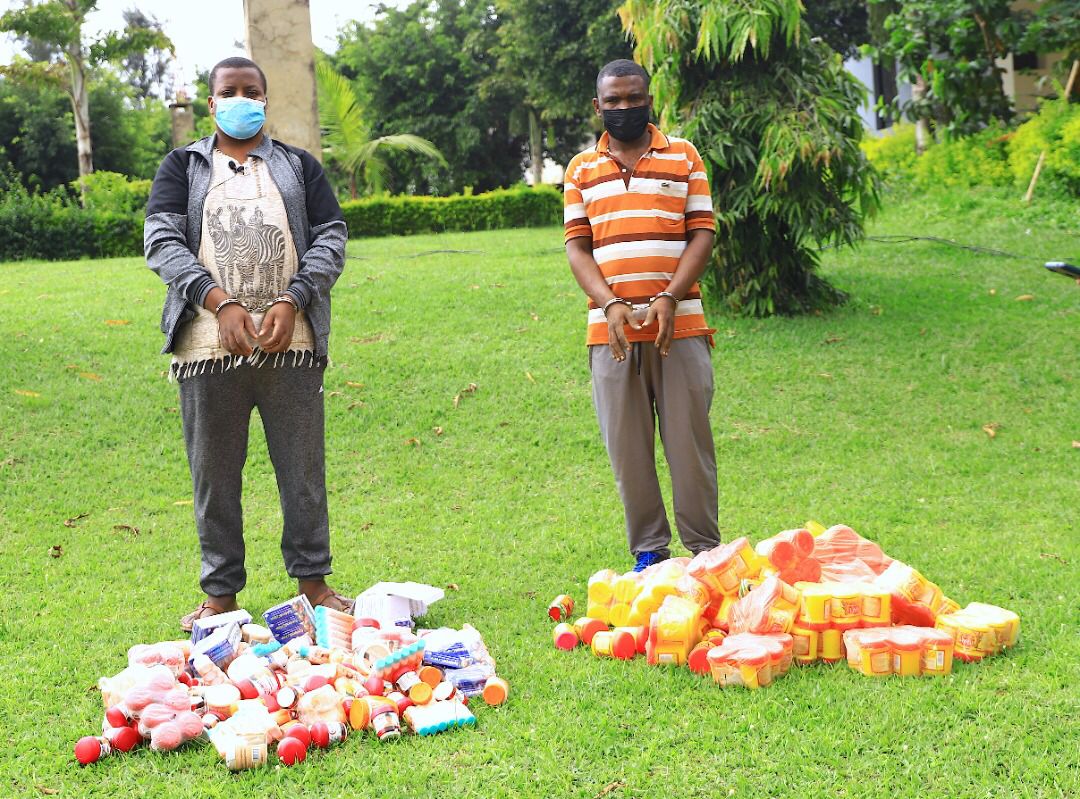 The Rwanda National Police (RNP) operations against trafficking and selling of the outlawed skin bleaching cosmetics has continued to yield positive results.

In the lastest operations conducted on Wednesday and Thursday, Police arrested two dealers in the skin whitening products commonly known as mukorogo, in Nyarugenge District.

Nizeyimana admitted that he started dealing in the outlawed cosmetics in July and supplied by people, who sneak them into Rwanda from DRC and Uganda, through porous borders.

“I was arrested on Wednesday, November 17, at my shop in Nyakabanda after Police found quantities of skin bleaching products. At the time, I had 10 different types of the banned cosmetics," said Nizeyimana.

To Jackson Twiyongere, he said that he started selling the banned cosmetics more than a year ago and supplied by street vendors.

“Rwanda National Police will continue to enforce policies and laws to fight such cosmetics, which are dangerous to the people. Such operations are meant to protect people's health," CP Kabera said.

He thanked residents, who shared information leading to the arrest of the suspects.

He further advised users of such creams and lotions to stop buying them because of the identified side effects.

The suspects were handed over to RIB for further investigation.

There are 1,342 listed cream and oil brands with hydroquinone and mercury, which are prohibited in Rwanda.

Article 266 of the law determining offenses and penalties in general, states that any person, who produces, sells, or prescribes harmful products; cosmetics or body hygiene substance or any other products derived from plants, commits an offence.