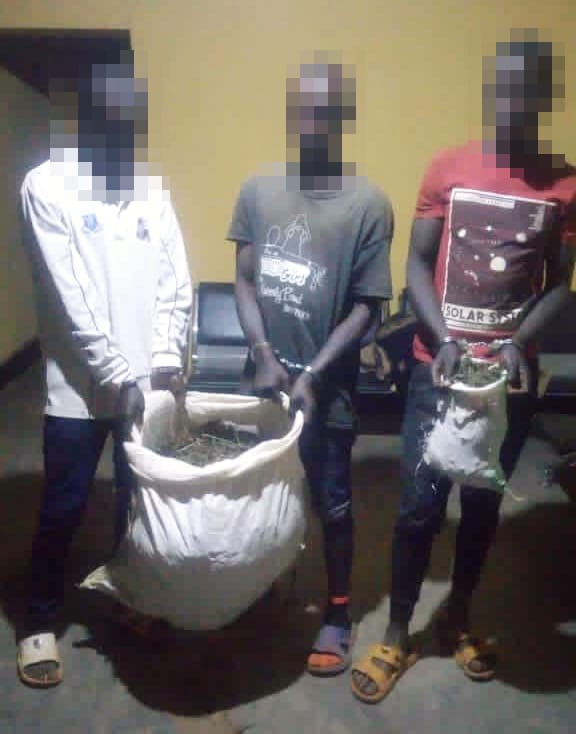 The ongoing Rwanda National Police (RNP) operations to break the supply chain of narcotic drugs led to the arrest of three dealers in Kayonza District on Sunday, August 7, with 10 kilogrammes of cannabis.

“Acting on information provided by residents in Busasamana village that the trio had a house they had rented to use as a store for narcotics, Police first arrested the suspects and searched the said house where two sacks of cannabis weighing 10kgs of cannabis, were recovered,” said Superintendent (SP) Hamdun Twizeyimana, the Police spokesperson for the Eastern region

On their arrest, he added, the suspects revealed that they got the narcotics from their supplier, a Tanzanian national, through Akagera river l.

SP Twizeyimana thanked the resident, who reported the criminal act to facilitate the national efforts against drugs.

The suspects and exhibits were handed over to RIB at Ndego station for further investigations.

The Ministerial order No. 001/MoH/2019 of 04/03/2019 establishing the list of narcotic drugs and their categorization classifies cannabis in the category of "very severe narcotics.’’