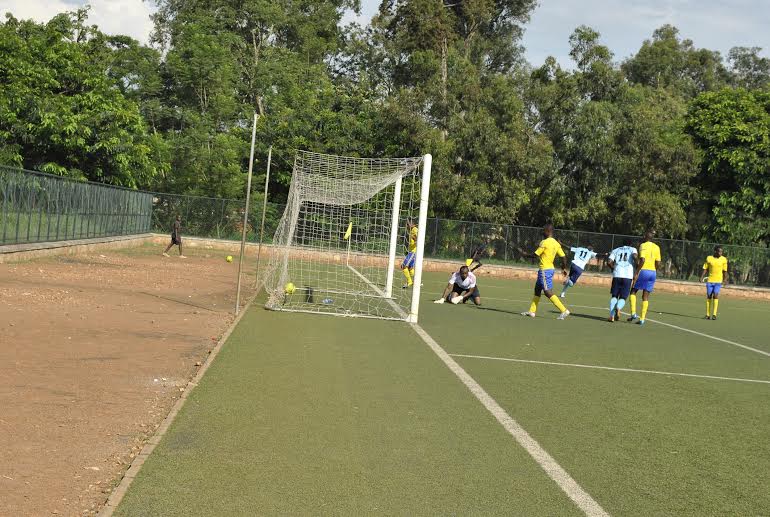 The Police football club maintained its winning ways on the twelfth day of the turbo national league with a 6-1 thrashing of AS Muhanga in a match played at Kicukiro play ground on Thursday.

Both Jean d’Amour Uwimana and Jean Jacques Tuyisenge scored a brace for the Police side, which was thirst for more goals in the entire game.

Innocent Habyarimana put the law enforcers in lead on the 15th minute before Jean d’Amour Uwimana doubled the lead before the end of half time.

The Police side, which dominated the entire match, went riot in the second half with four more goals, two from striker Tuyisenge before Emmanuel Sebanani (Crespo) and Uwimana sealed a deserved win for the law enforcers’ side.
The struggling side got their consolation through a penalty.