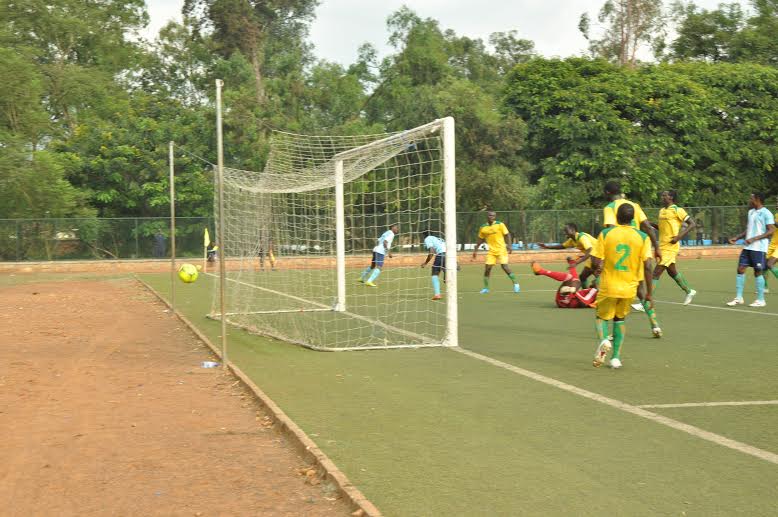 Two goals from Atuheire Kipson and Imrani Nshimiyimana in either side kept in the race for the top spot in turbo national league after a 2-1 win over Gicumbi FC in a match played at Kicukiro artificial turf on Sunday.

Nshimiyimana made no mistake on the 21st minute of the second half, after had took a strong shoot that left the keeper stranded, to make it 2-1.

The win increased the tally to 30 points.

Police squandered several chances that will have seen the score more goals.