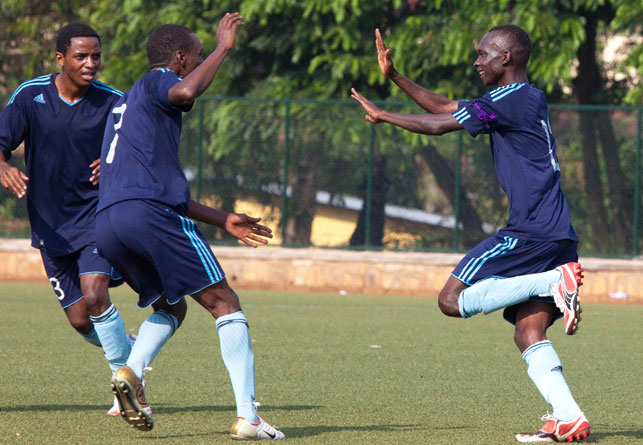 l8A first half hat-trick and brace by Mussa Mutuyimana and striker Jacques Tuyisenge respectively against Marines FC on Sunday moved Police FC to fourth place in the turbo national football league and ensured the law enforcers’ to continue the title chase.

The 5-0 easy-away-win in Rubavu District increased the Police tally to 24, four points behind the summit placed, Rayon Sport.

Midfielder, Mutuyimana bagged his first hat-trick of the season while the on-form Tuyisenge scored another brace, few days after scoring double against AS Muhanga, which also suffered a 6-1 loss to on-form Police FC.

Head coach, Sam Ssimbwa substituted some of his best players in the second half.

“Our focus is on winning this season’s trophy, and the team’s spirit high,” he added.

Police has won seven out of 13 matches played, drew thrice and lost twice.