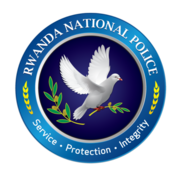 KIGALI-RWANDA-May 5, 2016: Rwanda National Police (RNP) wishes to clarify an unfortunate shooting incident that occurred this morning around 7:30 am in Busogo Sector of Musanze District.

AIP Kabandize then locked himself inside the Police Station and continued shooting, in the process also injured Sergeant (Sgt) Bigirabagabo Gilbert.

Other police officers intervened and in due course, the assailant was shot dead.

RNP has constituted a team of officers to investigate circumstances surrounding the fatal incident.