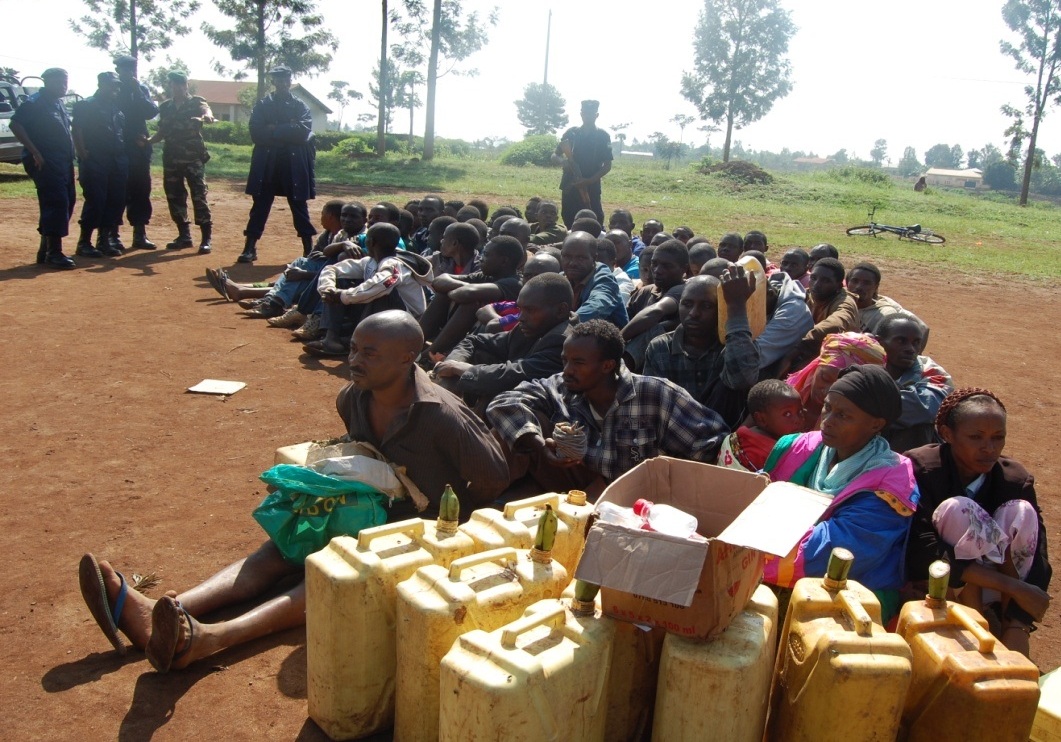 The operation was conducted in three cells of Kora cell in Gitega sector; Akabahizi cell  (Muhima sector) and Nyabugogo cell, (Kimisagara sector).
Others arrested include street vendors and beggars.

They were taken to Gikondo Transit Center for screening, where they will be given civic education including how and where to operate businesses to avoid engaging in illegal acts and to turn them into good citizens.

The Nyarugenge District Police Commander, Chief Superintendent Dismas Rutaganira said the operation is part of the bigger strategy to strengthen the security and prevent crimes within the city, especially, in  the most crowded areas, prone to insecurity.

He said in these place,  thugs steal electronic like computers and rob people of their money, sometimes snatching ladies bags.

“We will not give criminals any chance," he warned.

He called uponthe public to continue the noble cause of fighting and preventing crimes by not only informing Police of any security threats.