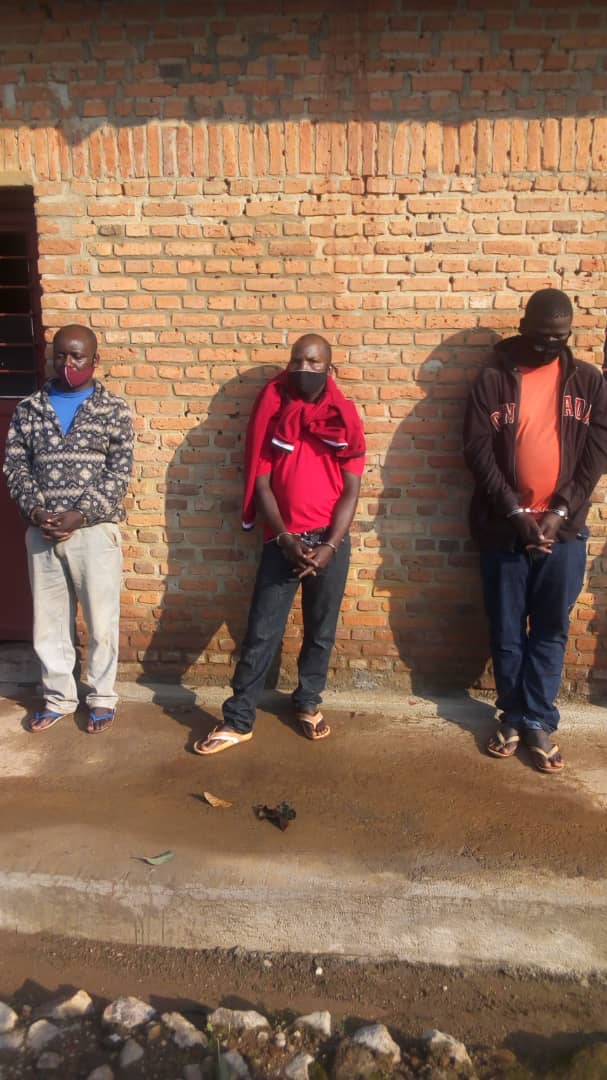 Increased Police operations against people producing illicit brew in the Southern Province led to the arrest of nine people, who were operating production plants.

The separate operations were conducted on Sunday, February 14, in the districts of Kamonyi, Gisagara, Huye, Ruhango and Nyanza where the nine suspected producers were arrested with combined 1200 litres of Muriture.

Their arrest and subsequent seizure of the psychrotropic drinks came a day after nine other suspected producers were arrested in Gisagara with 840 litres of illicit brew.

Muriture is among "simple drugs" under the Ministerial Order No.001/MoH/2019 of 04/03/2019 establishing the list of narcotic drugs and their categorization.

Article 5 of the same legal instrument, partly, defines simple narcotic drugs as all alcoholic drinks produced without complying with standards and other laws.

The Sunday operations were conducted jointly with local leaders and community policing groups including DASSO and community patrols locally known as Irondo.

Superintendent of Police (SP) Theobald Kanamugire, the Police spokesperson for the Southern region said that these are continuous operations targeting mainly producers of assorted illicit drinks.

"Other major producers were arrested in Huye, Ruhango and Nyanza while the search is still underway for another major producer in Nyanza, who managed to flee during the operation in Busoro Sector, Gitovu cell, Kayenzi village where 120 litres were seized from the production house," SP Kanamugire said.

He warned that further operations will be conducted based on the compiled list of suspected distillers and big sellers in local bars.

The spokesperson observed that the psychrotropic substances, besides being harmful to consumers also cause insecurity as consumers engage in other unlawful practices including fights and domestic violence.

Some of the raw materials used in the production of illicit drinks are considered harmful. In some cases, producers use burned bricks, sugarcane residues, spirit and other raw materials prohibited by Rwanda Standards Board (RSB).

RSB specifies that “only food grade processing aids recognized as safe for human consumption shall be used during the manufacture.”

Other standard requirements include labeling as a prerequisite; the name of the products, physical and postal address of manufacturer; net contents in milliliters or liters; ethyl alcohol content; date of manufacture and expiry date; storage instruction; statutory warnings; and list of ingredients in descending order.

According to SP Kanamugire, producers of these illicit drinks operate in unhygienic places using dirty containers.

All the seized substances were disposed of during which authorities urged residents to desist from consuming the harmful drinks and to continue exhibiting the community policing spirit by reporting producers and bars selling illicit brew.

Under article 263 of the law determining offences and penalties in general in Rwanda, anyone convicted for dealing in "simple drugs" faces between seven and ten years in prison and a fine of between Frw5 million and Frw10 million.