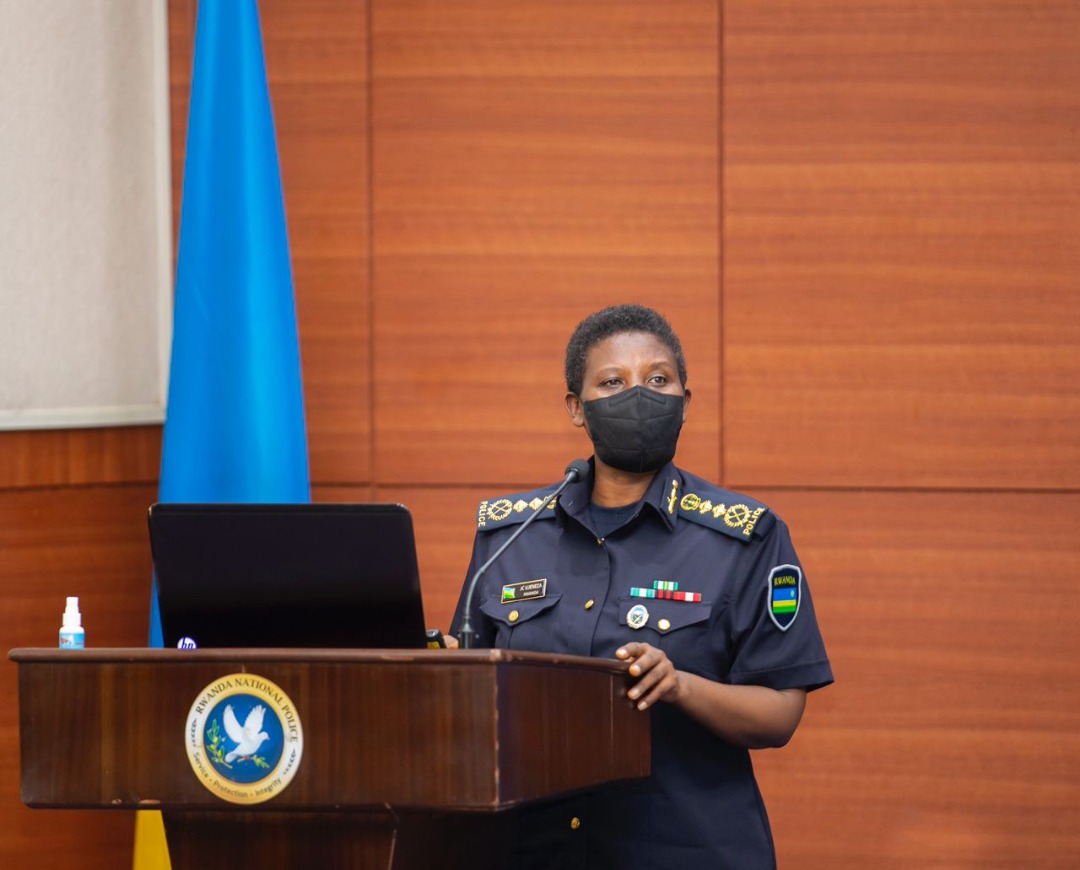 Superintendent of Police (SP) Dative Iribagiza, who joined the force in 2001 as a young basic training course graduate, narrates how women had to fight their way into RNP by either sneaking out of their parents or guardians’ homes or just having to face them and be called all sorts of demeaning names like prostitutes or shameless.

This, however, was not the case for their male counterparts. “Because of the liberation struggle that was successful, it was a major achievement for men to be part of the force. For women, getting married to a soldier or police officer was the dream come true, but not becoming one,” says SP Iribagiza. 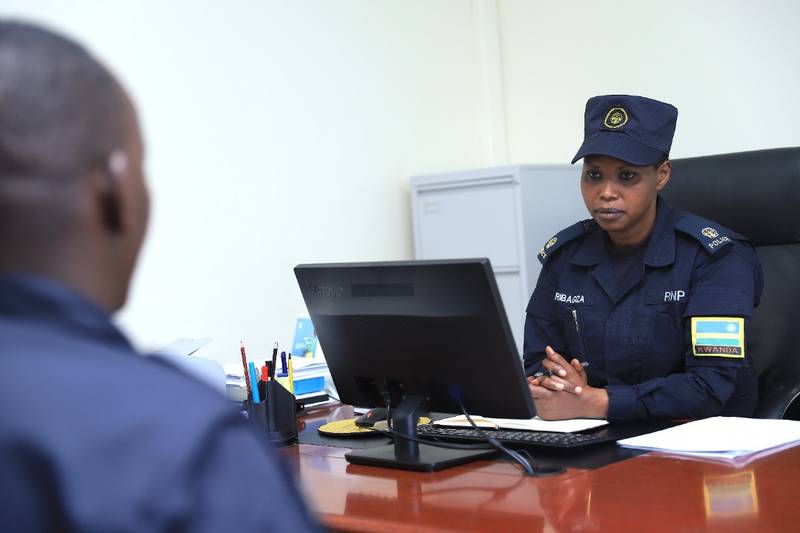 She argues that however much people could forget, women also had role models in the liberation struggle. Although not many, SP Iribagiza and other women had decided to carry the baton onwards, come what may.

Senior Superintendent of Police (SSP) Jackline Urujeni, who joined the force together with SP Iribagiza, echoes this. She adds that since the creation of RNP on June 16, 2000, women had always been encouraged to join. Although this was undoubtedly beneficial, it was almost an abomination.
Furthermore, female officers’ major positions would be secretaries, office housework majorly serving tea and printing being their major tasks.

However, years later, tremendous change was witnessed not only in the numbers of women police officers, but also in aspects of deployment, including administration and command responsibilities.
In 2019, SSP Urujeni successfully and professionally lead a female-dominated Formed Police Unit (FPU) contingent for a one-year peacekeeping under the UN Mission in South Sudan (UNMISS). SSP Urujeni has also held other high and demanding tasks, including the District Police Commander (DPC) for Nyarugenge District, the heart of Rwanda’s capital, Kigali. 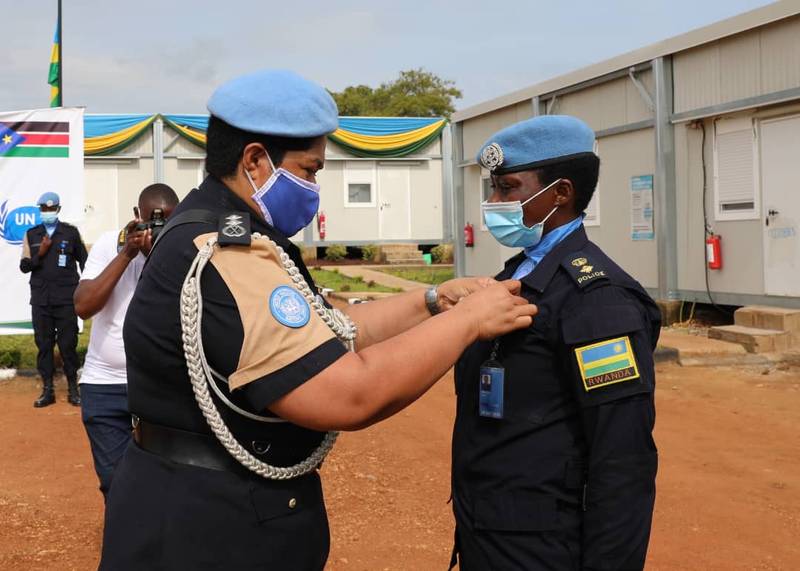 The fact that women also constitute about 30 percent of the total Rwanda Police officers deployed in the UN peace support operations, cannot be overemphasized.
The deployment and increase of female police peacekeepers was a deliberate effort to implement national and international instruments on gender promotion and to involve women in international conflict resolution.

These include the UN Security Council resolution 1325 and the Kigali Principles on the protection of civilians in peace operations and the Vancouver principles on peacekeeping and prevention of the recruitment and use of children as soldiers.

The UN Security Council resolution 1325 urges all actors to increase the participation of women in conflict resolution, peacekeeping and incorporate gender perspectives in all UN peace and security efforts. 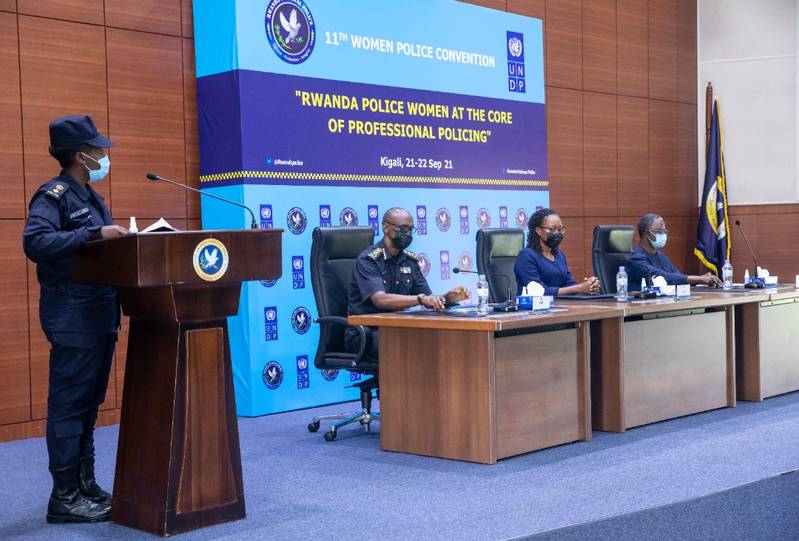 Rwanda is currently one of the leading contributors of female police ‎peacekeepers in UN missions.
SSP Urujeni notes that RNP’s deliberate efforts to have women involved in all dimensions of the work was a game changer that everyone can observe.

Deputy Commander of Gashora Marine detachment, IP Angelique Umuhoza is a perfect example. She was only 23 when she joined the Police in 2015.

A woman hailing from the Southern Province, where one would hardly get a knee-length water body, couldn’t have thought she would save drowning lives, let alone head a marine detachment, and for a fact, she had never swum before in her life.

There she was, an International Relations Bachelor’s Degree holder, who had sneaked out of her parents’ house to join the force. “You are my only daughter, please don’t ever join the force, you could die there,” her mother would always warn her. She had attempted to join right after high school, but her mother cried her eyes out stopping her. 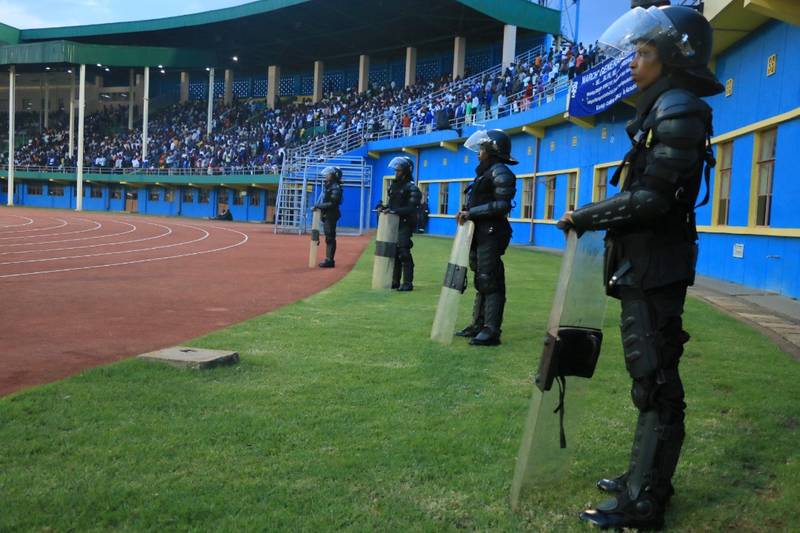 Umuhoza had always wanted to serve the country, but precisely in the force. Her friends, who had joined before would quench her heart and mind of the best place to be to server her country when her hopes were diminishing. “As years passed, it was a lost chance, I was losing hope and indeed, age was catching up with me since it is one of the prerequisites.”

At this point, strategy was at service to revive the hopes and to live the dream; call it a ‘prosocial lies.’
She lied to her mother that she had gotten a job where she would spend some months without visiting home. Her mother blessed her journey, even walked her to the gate, little did she know her daughter would return with smiles for success, a gold star on her shoulders and a Rwandan flag on her left sleeve.

Umuhoza had already passed all exams and interviews and a proud woman was ready for the new patriotic adventure.
“My major challenge was to start swimming classes from scratch,” she laughs when she remembers. She was then deployed in the marine detachment and became just one in hundreds of women officers breaking glass ceilings and defying gender norms and stereotypes. 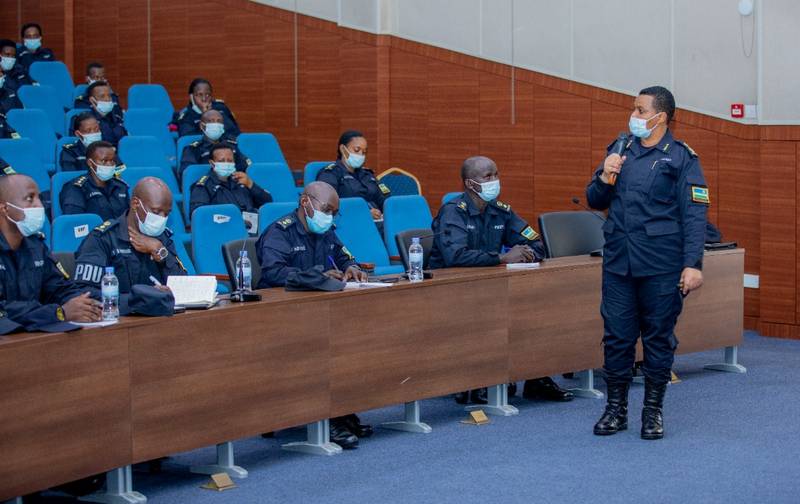 Increasing the number of women officers and having them in decision-making positions has always been a major goal for RNP to implement the national and international gender policies. The milestone is applausable. Last year, President Paul Kagame appointed a female Deputy Inspector General of Police (DIGP), DCG Jeanne Chantal Ujeneza.

The creation of gender promotion directorate for advocacy on gender related issues, and the period ‘Police Women Convention’, among others, are all RNP efforts to champion gender parity in the force.

Furthermore, even low ranking officers have proven the “women are weak” narrative very wrong. Corporal(Cpl) Felicula Mukamurigo not only broke the record for women, but men too, by being an instructor for modules like Martial Arts and VIP Protection, among others. She was certified by the United Nations as a ‘UN peacekeepers’ instructor.’ 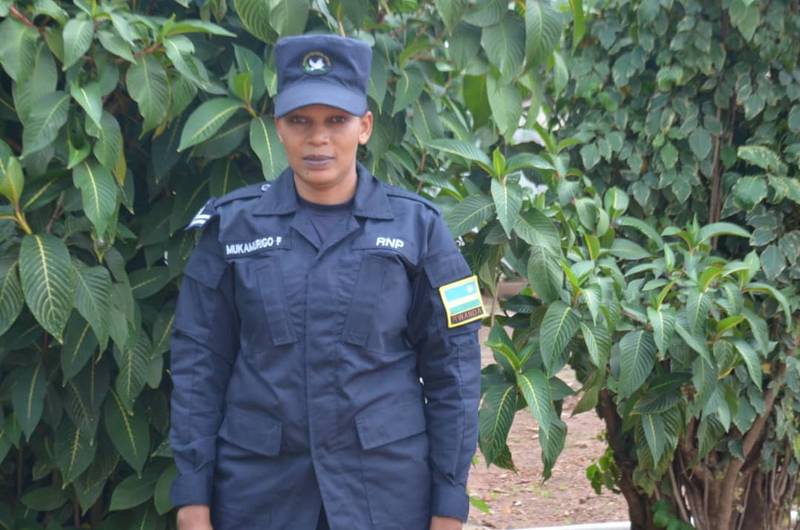 “I realized I had more potential than I had ever imagined. Of course, I knew I would handle, but never had I imagined going this far, at least in the few years I have been serving,” Mukamurigo says, adding that she is now confident that she would reach far in her career.

“Joining the police isn’t for the fainthearted, and women are definitely not part of that group,” she concludes.

Indeed, for RNP to fully achieve gender parity, more women need to come aboard, since they don’t even have to fight their way in like those in the very first intake and others that followed. If they had more challenges and turned out to be high achievers, imagine the astonishing success RNP would be if gender parity was achieved!

Women are indispensable today in policing. With their perseverance and unique abilities, they are becoming a fundamental part of contemporary policing. Women respond more effectively to incidents of violence against women and child abuse. The integration of women into law enforcement positions is a large social change. 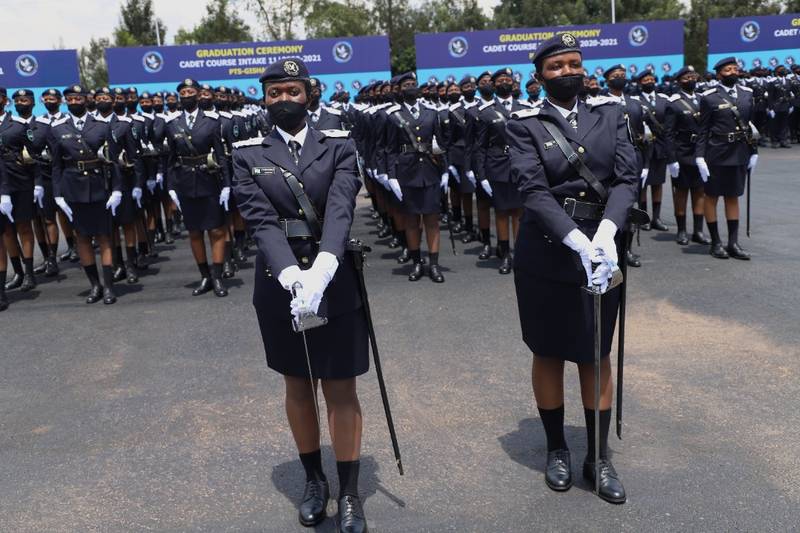 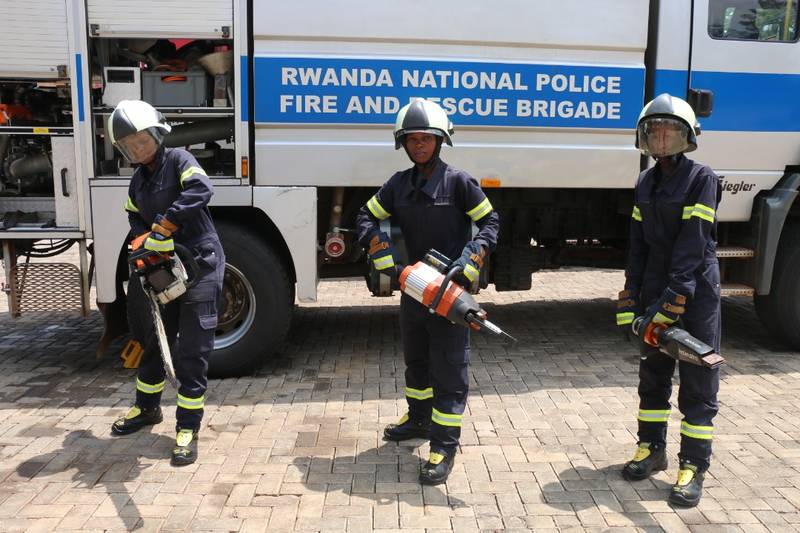