On Sunday, January 9, top defence and security chiefs from Rwanda and Mozambique held a security meeting at the Rwanda National Police (RNP) General Headquarters in Kigali to forge a way forward against the ongoing counterterrorism operations in Cabo Delgado province in Mozambique.

The Mozambican defence and security officials are in Rwanda for a three-day official visit.

During the meeting, Defence and security chiefs reviewed the security situation in Cabo Delgado province and devised measures to succeed in ongoing operations in the province. 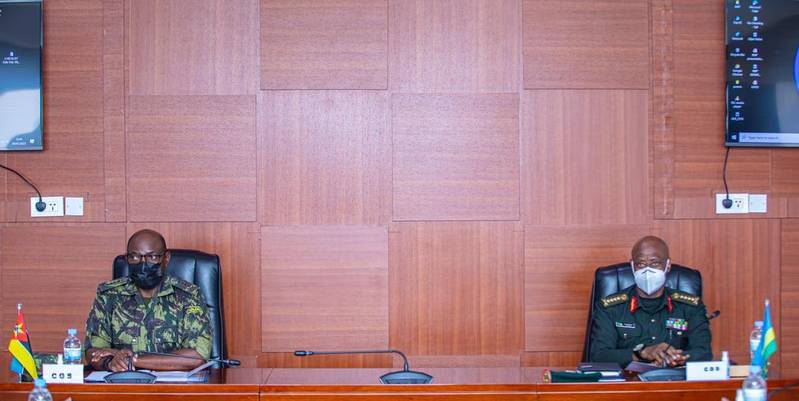 Exactly six months ago, on July 9,Rwandan troops were deployed to support the Mozambican security organs in counterterrorism operations in Cabo Delgado province. The operations have so far been able to restore state authority in the province, flush out the Ansar Al Sunna terrorists, and forces are now engaged in stabilisation and security reforms including repatriating the affected civilians from internally displaced camps to their respective homes.

The complete recovery of Cabo Delgado has also seen the resumption of economic activities in the region as Rwanda and Mozambique remain committed to reform the security sector through training and capacity development of Mozambican security forces.

While speaking during the meeting, Gen. Admiral Joacquim Rivas Mangrasse said that the visit is aimed at thanking the Government of Rwanda in general and its security organs in particular, for helping to fight Islamic State linked terrorits and restoring security in Cabo Delgado Province. 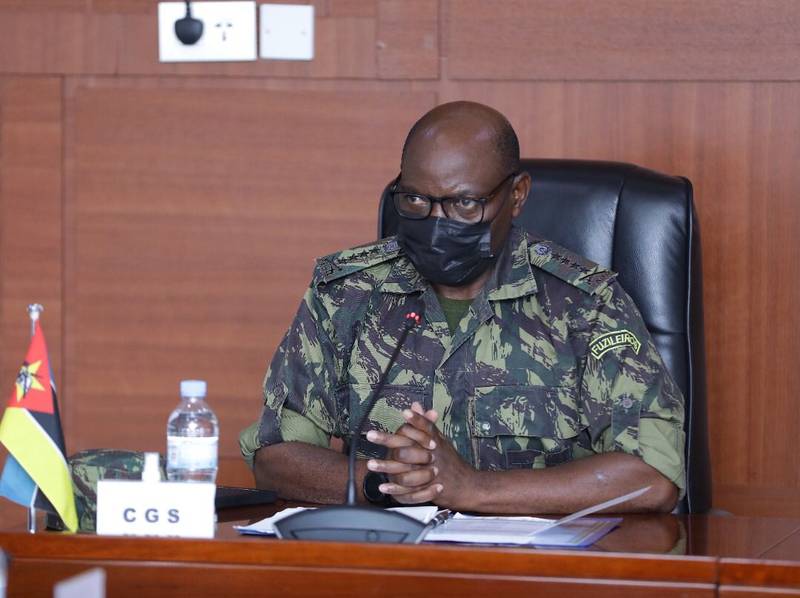 He recognized the impact of the RDF and RNP in supporting Mozambican security forces.

"We came here to thank the Government of Rwanda but also to discuss further security arrangements to support  Mozambican forces in their journey to improve their capacity through training, on one hand and fighting the insurgents wherever they may be," Admiral said.

The insurgents, he added, were significantly weakened and that these joint efforts will continue to build from these results.

During the meeting, the two sides agreed to establish joint security teams to design new strategies to improve the stabilisation and security sector reform process, a critical stage in realizing sustainable peace and progress in the Cabo Delgado province and beyond. 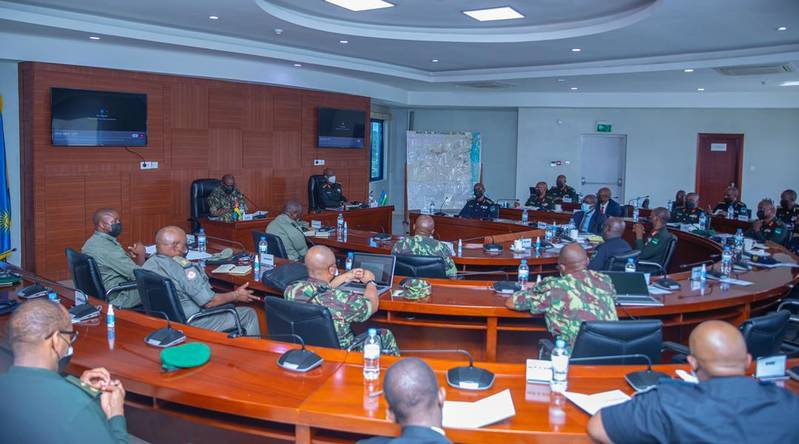