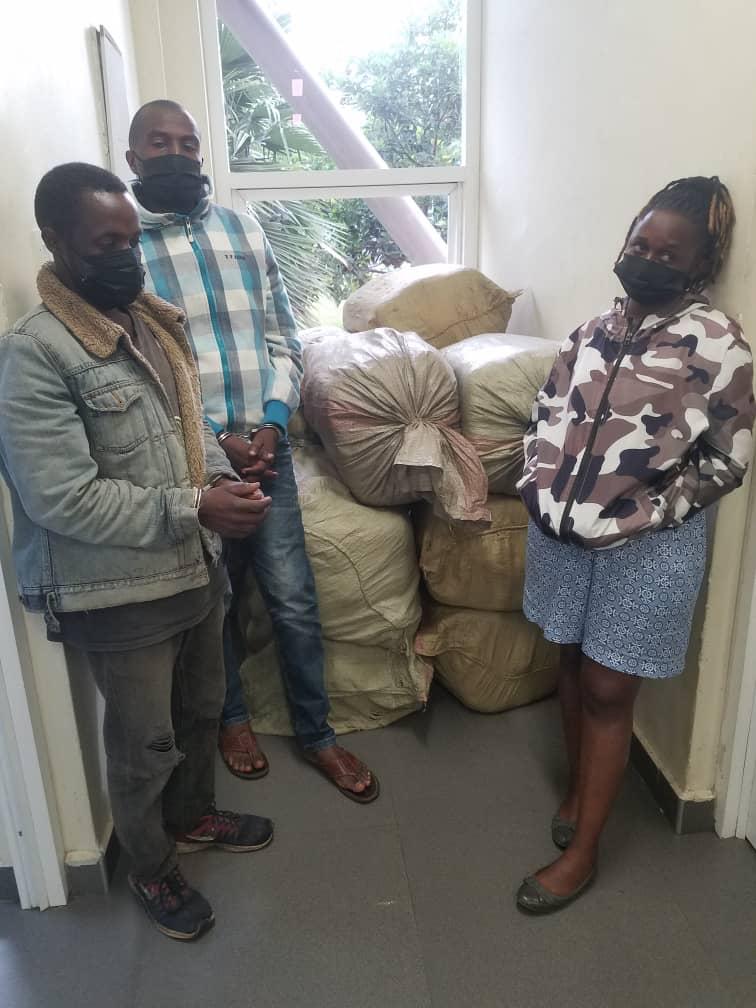 Police and other security organs in Rubavu District have intercepted 15 bales of second-hand clothes commonly as Caguwa, from three people, who had smuggled them into Rwanda from the Democratic Republic of Congo (DRC).

They were arrested with the bales in an operation conducted Saturday at about 3am, Kivu Village of Nego Cell in Gisenyi Sector.

According to the Police spokesperson for the Western region, Chief Inspector of Police (CIP) Bonaventure Twizere Karekezi, the bales of used clothes were found stored in a house after sneaking them into Rwanda through Lake Kivu.

“At about 3am, when security personnel were on patrol, they saw a group of people who were carrying sacks; they trailed them to a house located in Kivu Village where they stored the sacks," said CIP Karekezi.

"With in that moment, a vehicle showed at the same compound, which was guarded by Alphonse Turikumwenimana. When security officers arrived at the compound, they found 15 bales of caguwa. The group that brought the bales fled but Turikumwenimana, the driver (Abitwaribi Habimana) and Pascaline Umugwaneza, who showed up shortly after," he added.

Upon his arrest, Turikumwenimana disclosed that he was to be paid Frw20, 000 to protect the bales.

Those arrested were handed over to RIB at Gisenyi station for further investigation while the seized goods were taken to RRA branch in Rubavu.

In article 199 of the East African Community Management Act, which is also applicable in Rwanda, smuggled goods are auctioned.