Rwanda National Police (RNP) arrested four people in Rubavu District for allegedly forging medical documents with intent to prevent penalties for violating the national directives on combating the pandemic of the Covid-19.

Police said the suspects, who include medics, connived to forge medical documents for one Olivier Safari, who had been caught in the night of June 4, driving during prohibited movement hours.

Movements are prohibited beyond 10pm, according to the government restrictions meant to contain the spread of the Covid-19 pandemic.

Iraduha and Shimwamana work at Clinic medicale de l' arche while Umutoni is a pharmacist at Milik pharmacy, both located in Gisenyi town.

They were paraded to the media on Wednesday, June 9, in Rubavu. 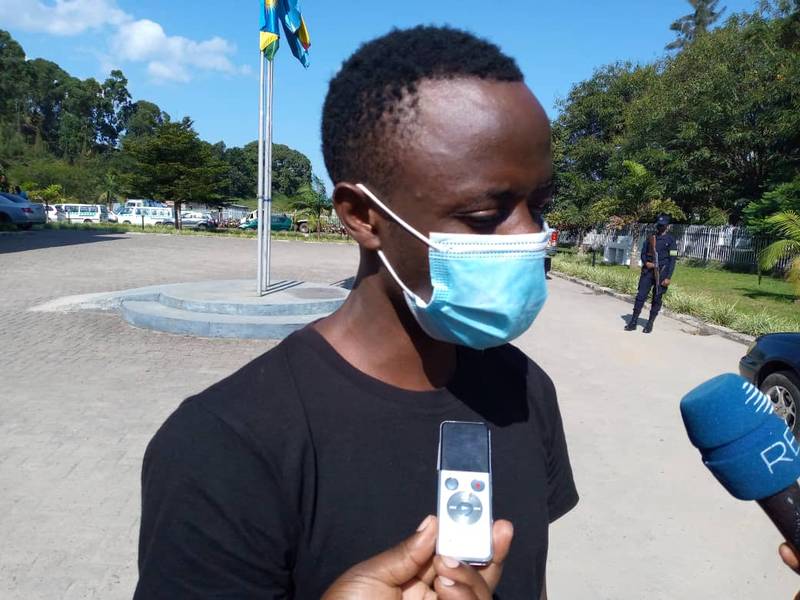 Investigations and subsequent arrest of the quartet also followed a complaint by one Yves Mudeyi on his twitter account claiming that his colleague, Safari Olivier was being falsely accused for violating the curfew, and his vehicle wrongly impounded.

Chief Inspector of Police (CIP) Bonaventure Twizere Karekezi, the Police spokesperson for the Western region said that on June 4, officers enforcing the curfew in Gisenyi town caught Safari at about 10:15pm.

"Safari was at the time driving a car RAE 993R, Police officers stopped him but he claimed that he had gone for medical services at Clinic medicale de l' arche.

However, Safari did not have any supporting medical papers apart from tablets he was showing to Police officers. He argued that he forgot the papers at the same clinic," CIP Karekezi said

According to CIP Karekezi, Police advised him to go back to the clinic and collect the medical documents.

Safari returned the following morning at the Rubavu District Police Unit (DPU) with the medical prescription paper, medical bill and a justification letter in a bid to have his vehicle released and to prevent any related penalties.

"Out of suspicion on the authenticity of the documents, Police officers went to the same clinic and found that Safari visited the clinic on June 5, just to pick the papers from the nurse, Jean Michel Shimwamana," said CIP Karekezi.

"Police later established that after being caught for flouting the directive, Safari started dealing on phone with Valentin Iraduha, also a nurse at the same clinic to help him get the required documents, but Iraduha was not on duty that day.

However, Iraduha called Shimwamana to help his friend (Safari) with the same. Shimwamana gave Safari the medicine prescription form.

Later, Safari also went to Milik pharmacy where he got a back-dated medical receipt with the help of Olive Umutoni, a pharmacist."

The two nurses; Iraduha and Shimwamana as well as the pharmacist Umutoni, while speaking to the media, admitted to have helped Safari acquire the documents.

CIP Karekezi warned that forging or issuing legal documents with intent to help someone break the law or directives is a "criminal act to all parties involved."

"Violating the government directives itself is putting lives at the risk of getting infected with Covid-19, but that should not be corrected with such criminal action," CIP Karekezi warned.

The quartet was handed over to RIB for further legal process 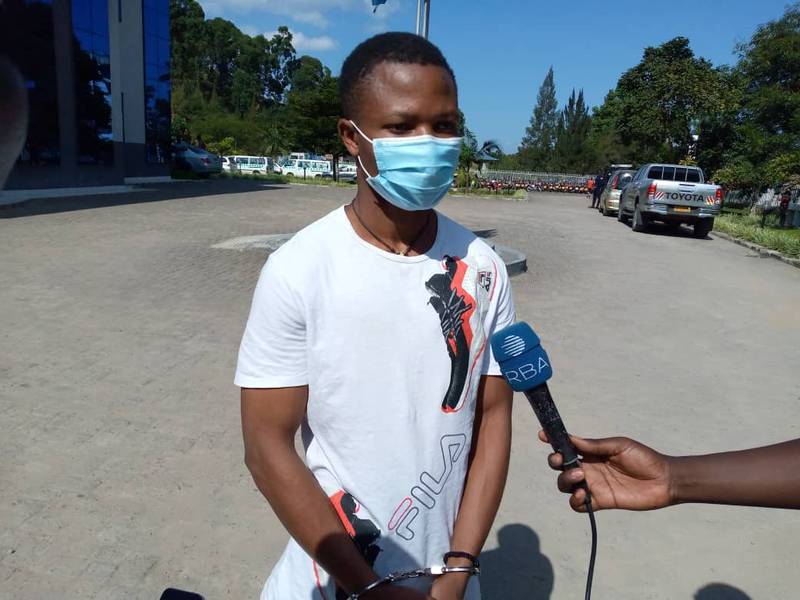 Shimwamana Jean Michel, a nurse who admitted to have helped Safari to acquire the documents.

Article 276 of the law determining offences and penalties states that any person who, with fraudulent intention, produces a false written document, causes to write false statements or produces a conflicting declaration, is considered to commit the offence of forgery.