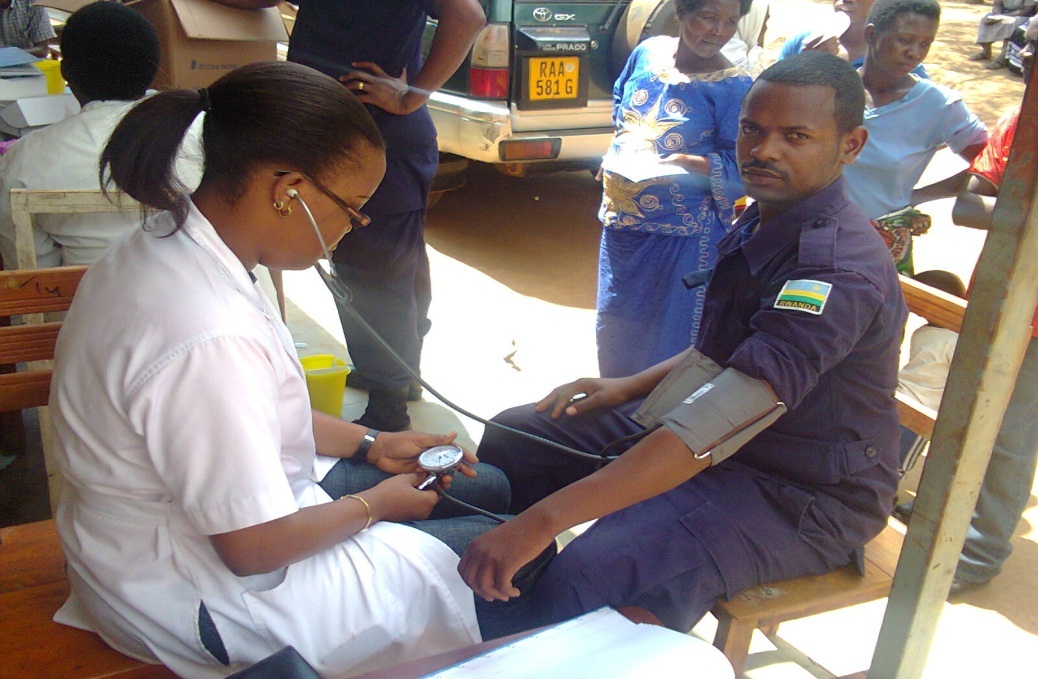 The Rwanda National Police (RNP) and the Ministry of Health have started a campaign to sensitize the general public to go for voluntary HIV testing to know their status.

The ten-day exercise which kicked off on Thursday saw police officers stationed in the districts of Nyagatare and Kirehe in the Eastern Province, tested.

The exercise will also benefit Community Policing Committees (CPCs) and their families.

The campaign will also include talk-shows to be aired on community radio stations to educate the public on HIV infections and how to live a positive life.

Assistant Commissioner of Police (ACP) Dr. Wilson Rubanzana, the Commissioner for Medical Services explained that the exercise is part of the Rwanda National Police’s drive to ensure good health of Police officers and the public in general.

ACP Rubanzana asserted that having attained security in the country, the force moved a step further, to also ensure the health of security organs and Rwandans.

“Security is a corner stone of development. We cannot, therefore, achieve that country’s goal unless our people and officers in particular, are protected from the scourge,” he observed.

He also advised the public to undergo circumcision, which he said reduces risks of HIV infection.