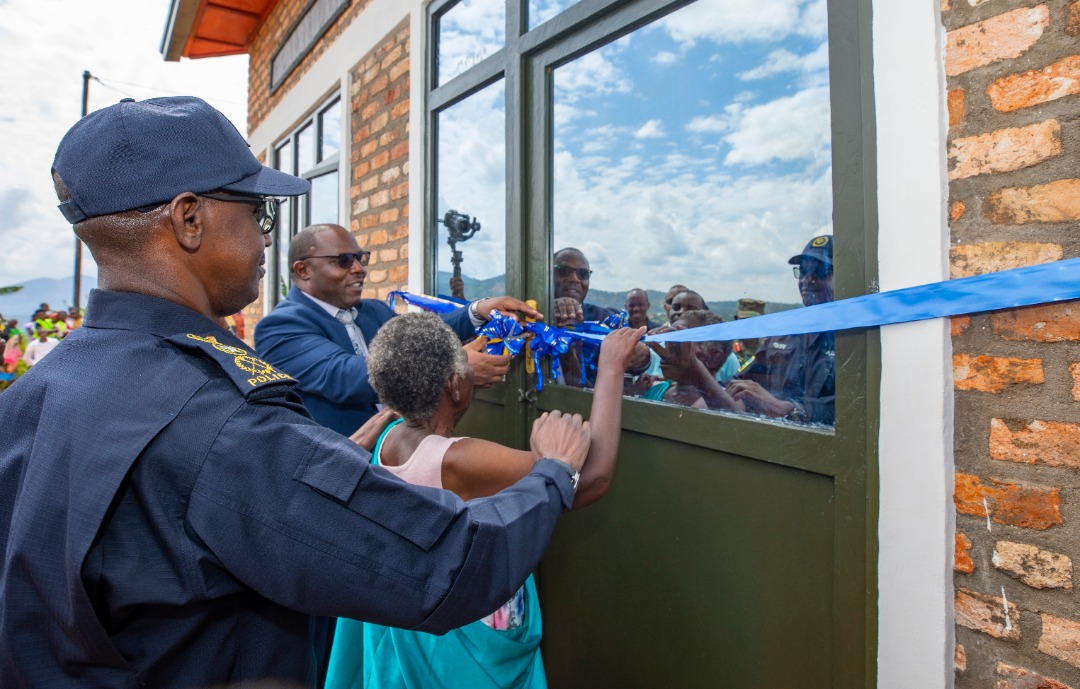 Rwanda National Police (RNP) and partners in policing, have injected about Frw2.5 billion to support community development projects across the country as part of the activities to mark its 22nd anniversary dubbed the 'Police Month.'

The projects including about 7,500 households lit with solar energy, 65 houses constructed for the disadvantaged families and 30 Early Child Development (ECD) centres, were officially handed handed over to the beneficiaries on Friday, December 16. 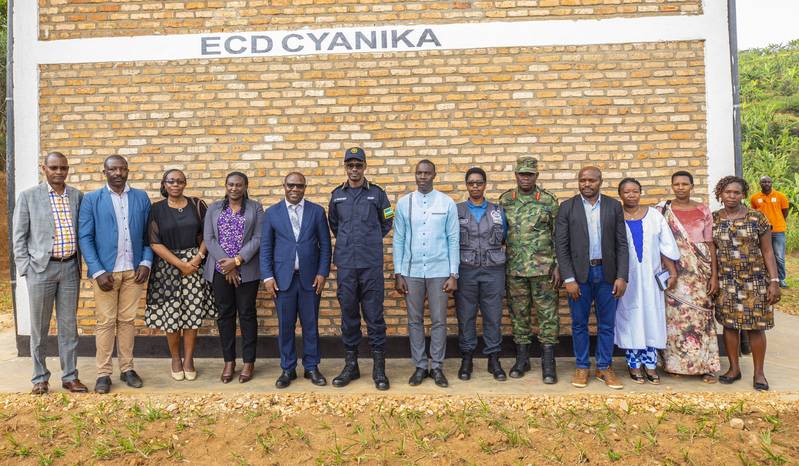 This year's Police Month was held under the theme: "22 years of partnership in policing for sustainable transformation of Rwandan community."

While addressing hundreds of residents in Kitabi Sector, Nyamagabe District, the Minister of Local Government, Jean Claude Musabyimana said that the last 22 years of the RNP service were not in vain.

"The last 22 years have defined the safety and security that Rwandans enjoy today, and these Police socio-economic development activities are results of productive collaboration between institutions and the people," Minister Musabyimana said.

Out of 2407 households in the Southern Province, which were connected with solar energy, 459 are in Nyamagabe District. Sixteen houses and eight ECDs were also constructed in the same province

The Minister said that security is the foundation for development and wellbeing of the people towards sustainable transformation, and that the houses, ECDs and solar energy supports them to get out of poverty.

"Poverty begins from the mind; conquer that poverty by changing how you thinks and strive to develop...to change your status. 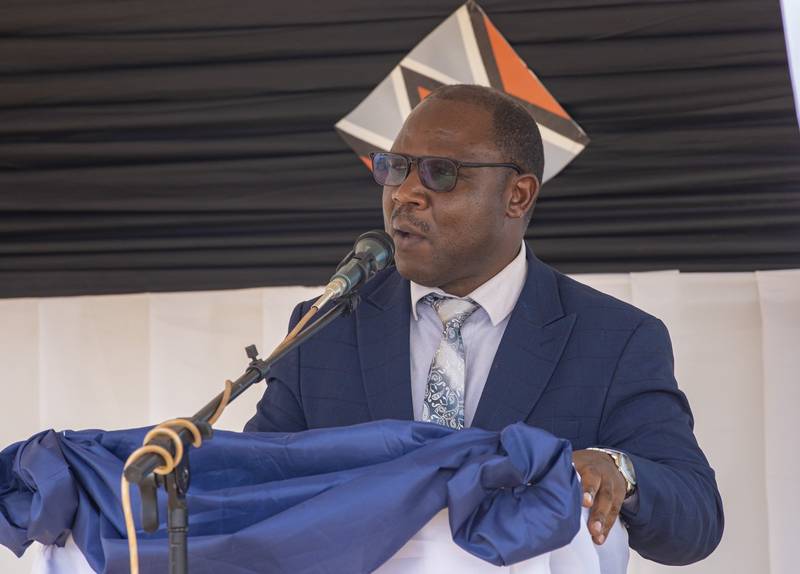 This strong cooperation and collaboration between the Police and the citizens is a strategic guidance by His Excellency the President because Police cannot achieve its mandate without working with the people," the Minister said.

He reassured the residents of security and urged them to focus on their development activities as well as maintaining the community policing spirit to report anything that can cause insecurity and affect the country's development agenda.

"Fighting crimes is continual, it requires enhanced measures, strengthened cooperation and collaboration and being swift in sharing information."

The Inspector General of Police (IGP) Dan Munyuza, said that the Police Month is dedicated to the national development activities, to improve the wellbeing of Rwandans, and to raise awareness against crime for people in Rwanda to continue to be safe. 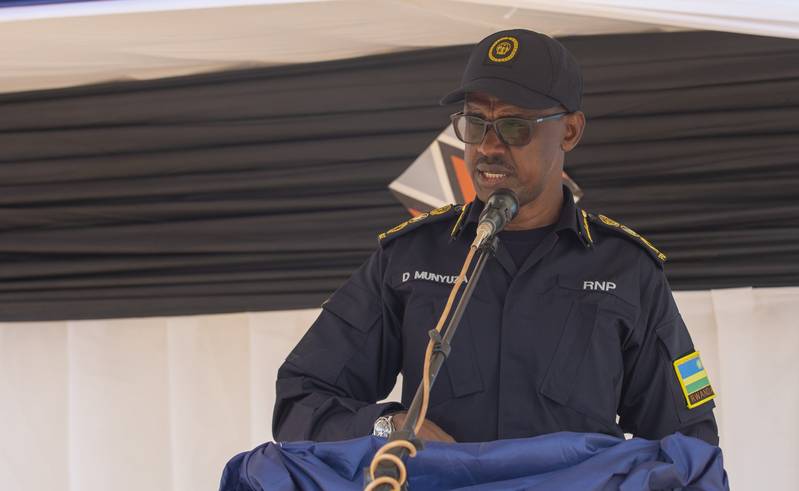 He observed that Nyamagabe is one of the districts with fewer crimes, majority related to smuggling, family conflicts and environmental crimes.

The Police Chief thanked Nyamagabe residents for their responsiveness to fight armed groups that attempted to destabilize their security in the past.

"Because of your patriotic spirit and partnership with security organs, we were able to identify those connected to the criminal activities, we thank you for this continuous partnership," IGP Munyuza said.

He reiterated that this security campaign is a reminder of the individual and collective responsibility, to be eyes and ears against crimes towards sustainable transformation. 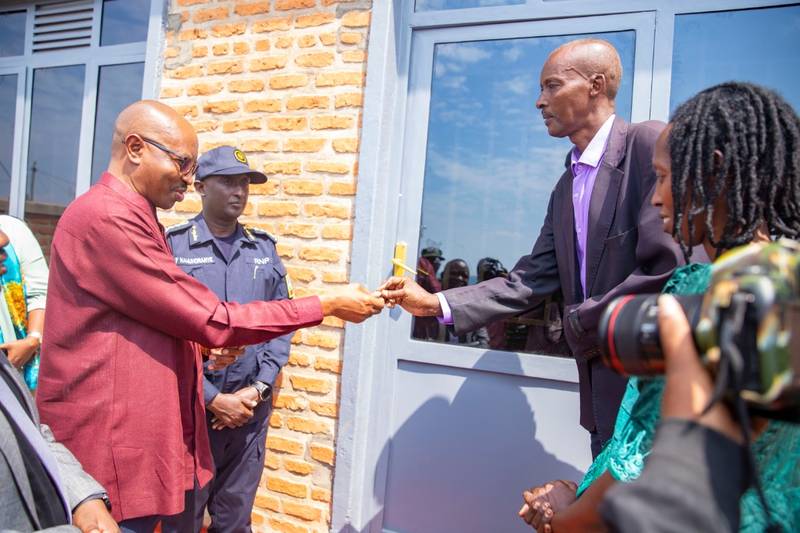 While closing the Police Month activities in the City of Kigali, the Minister of Interior, Alfred Gasana urged residents, who converged in Mageragere, Nyarugenge District, not to lean back and to sustain what has been achieved.

"Security is a wide aspect and these community development activities are meant to ensure and sustain your safety," Minister told residents in Mageragere Sector, Nyarugenge District.

Similar activities were also conducted in the Eastern, Western and Northern provinces.

"I returned home two years ago from the Democratic Republic of Congo (DRC), I had no place to call home, and I started to lay bricks and other casual labour to earn a living and to get money to pay for rent.

God has answered my prayers to use our President and our Police to construct this modern and fully equipped house. I can now sleep well and feeling secure," Mukandori said.

Another beneficiary, Alphonsine Mukeshimana, 35, a single mother of two from Nyabivumu also in Nyamagabe, said that the house will provide safety for her children. 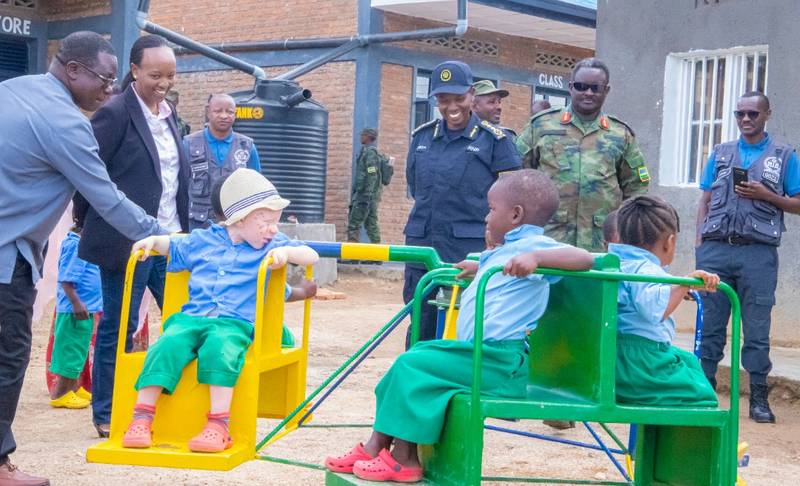 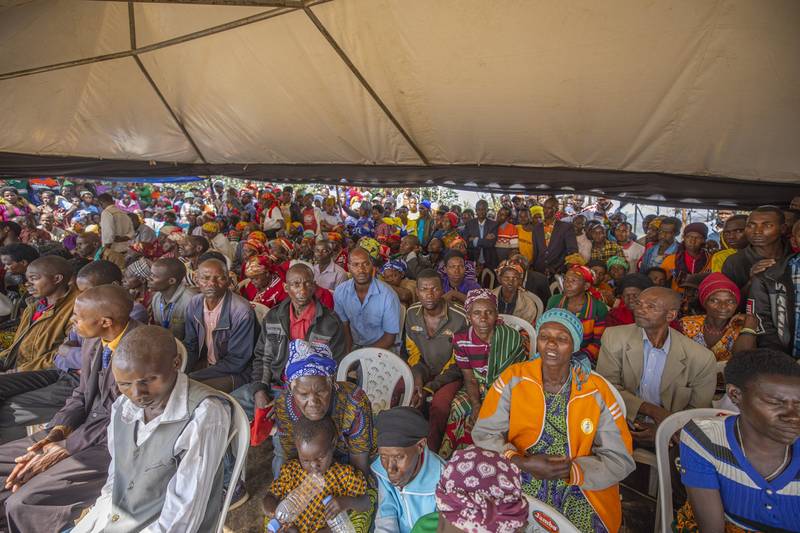 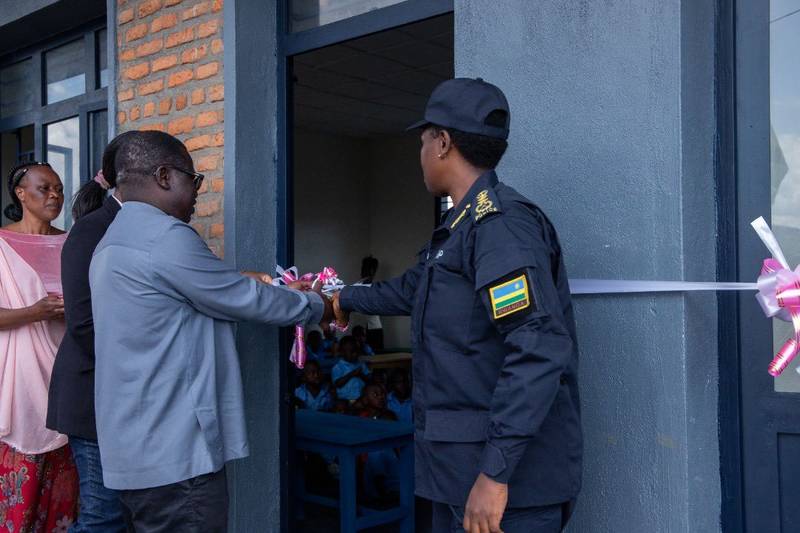 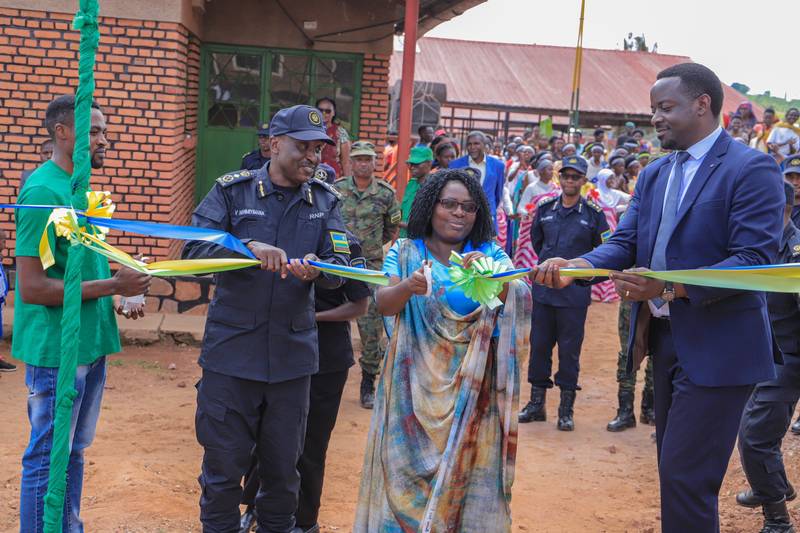 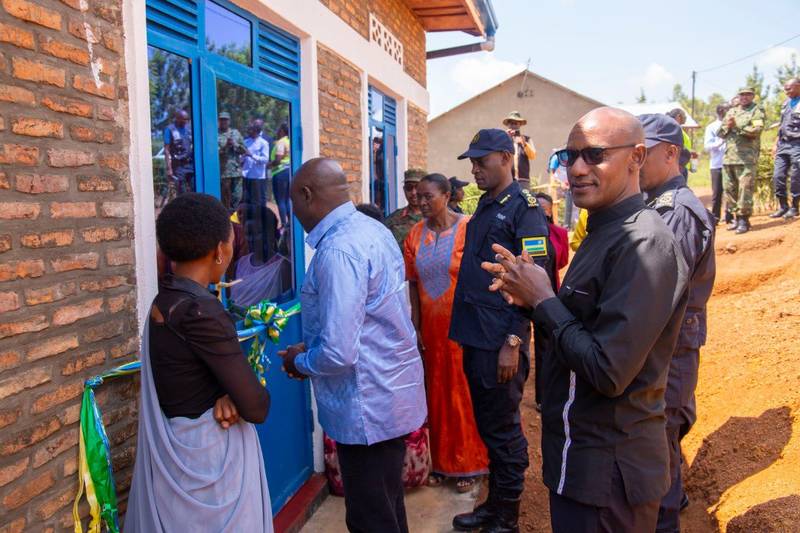