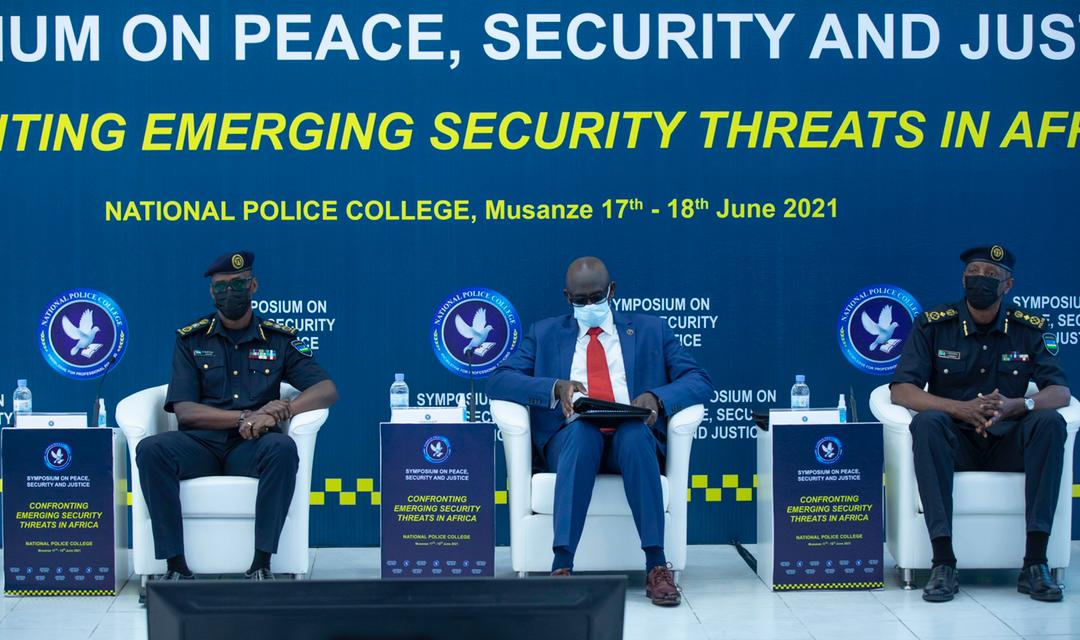 The two-day symposium on Peace, Security and Justice started on Wednesday, June 17, at the National Police College (NPC) in Musanze District as scholars, academicians, policymakers, and other eminent officials with expertise in various fields discussed measures to confront emerging security threats on the African continent.

The symposium organized by Rwanda National Police (RNP) under the theme: ‘Confronting Emerging Security Threats in Africa’ is part of the 'Police Senior Command and Staff Course (PSCSC)' which brings together senior Police students from across Africa.

The Minister of Justice and Attorney General, Johnston Busingye, while officially opening the symposium, said that the world is confronted with numerous and complex challenges including ethnic conflicts and wars, transnational organized crimes, pandemics, natural disasters, proliferation of weapons and arms, climate change, migration and xenophobia. 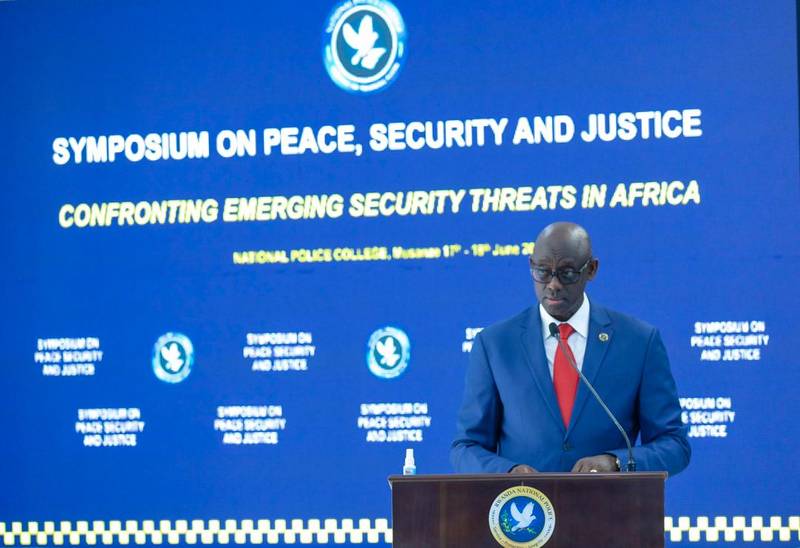 The Minister of Justice and Attorney General, Johnston Busingye

It was also attended by the Inspector General of Police (IGP) Dan Munyuza, the Minister of ICT and Innovation, Paula Ingabire, Commissioner General of Rwanda Correctional Services (RCS) Juvenal Marizamunda, and Deputy IGP in charge of Administration and Personnel, Jeanne Chantal Ujeneza.

“As a result of globalization, rapid socio-economic development, information communication technology and knowledge dispersal, some of these threats are growing more complex and new forms thereof are emerging especially in Africa. 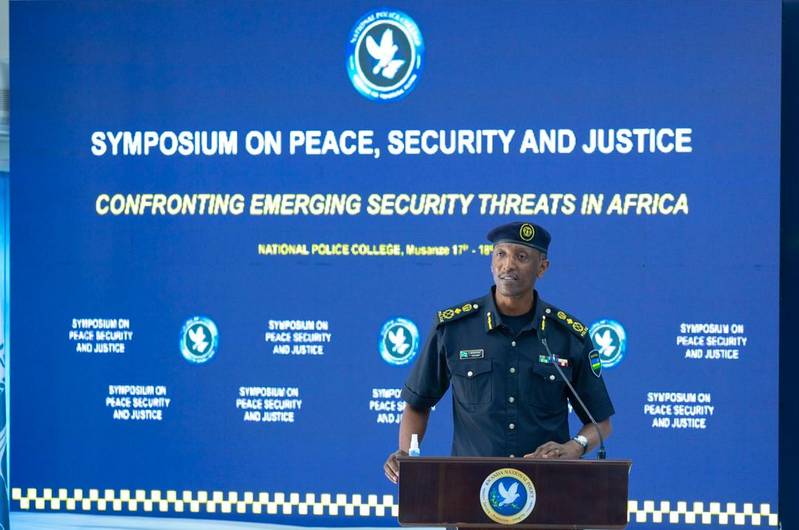 NPC Commandant, Commissioner of Police (CP) Christophe Bizimungu said that the conference aims to expand the knowledge of the students beyond what they learned in class and to have extensive knowledge and experience in the field of peace, security, and justice.

“The conference will explore the impact of media on security, the role of technological advancements in security, and environmental challenges. These topics are of interest at the present time and for many years to come,” said CP Bizimungu. 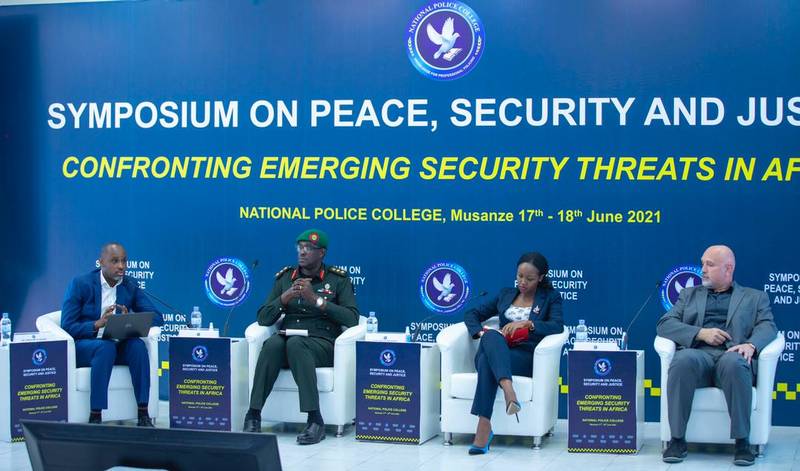 It is, therefore, evident that addressing these security threats in an efficient manner requires senior security managers be equipped with state-of-the art knowledge and skills as well as a deep understanding of the national, regional, and global security dynamics,” Minister Busingye said.

He added that the theme of the symposium enables the Police Senior Command and Staff Course participants—as senior police leaders and managers—to think about customized strategies to effectively respond to the emerging security threats in their respective countries. 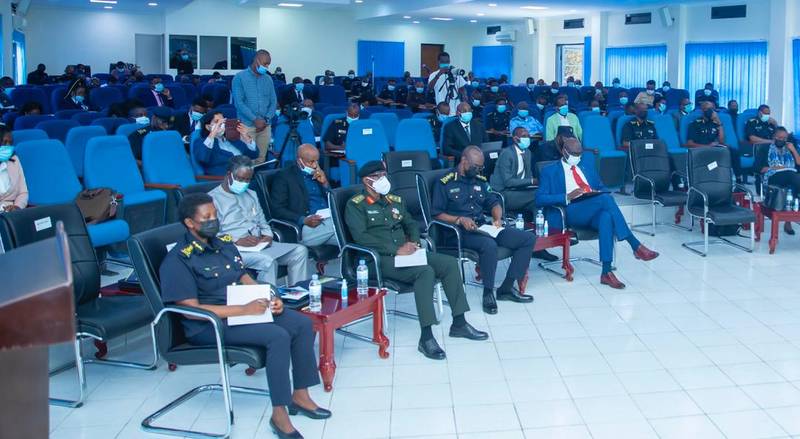 Panelists on the first day of the symposium include the Minister of ICT and Innovation, Paula Ingabire, Dr. Almerindo Graziano, the CEO of SILENSEC, a UK-based Information Security Management Consulting and Training company, and Col. David Kanamugire, the CEO of National Cyber Security Authority; who tackled the ‘policing in the modern information and communication technology era’ and ‘media and security.’

‘Media and Security: proactive role in building secure and coherent societies’ also took the centre of discussion on the first day of the symposium as media specialists; renowned journalist Charles Onyango Obbo, Lt. Col. Claude Nkusi, Yolande Makolo, Dr. Fredrick Gooloba Mutebi and Dr. Lonzen Rugira; who divulged more on how the role of security institutions and that of the media are interdependent in sovereign and democratic societies. 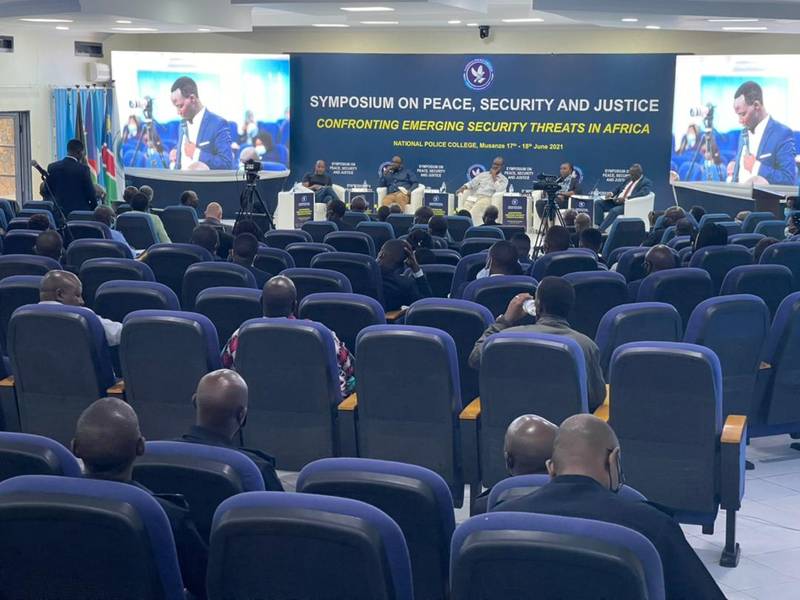 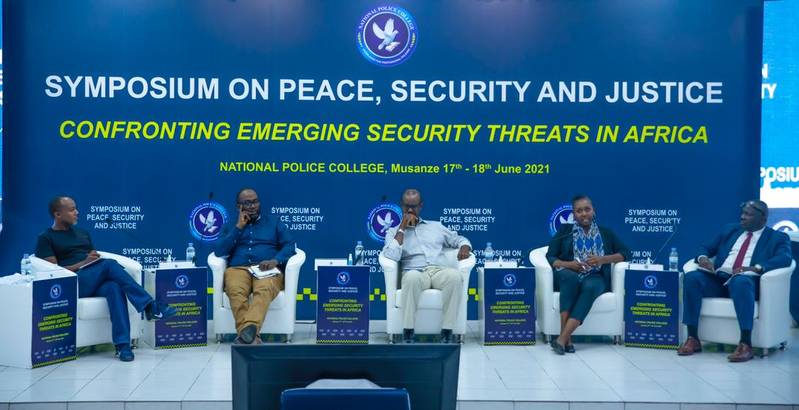