Police rolls out training of officers on fire safety 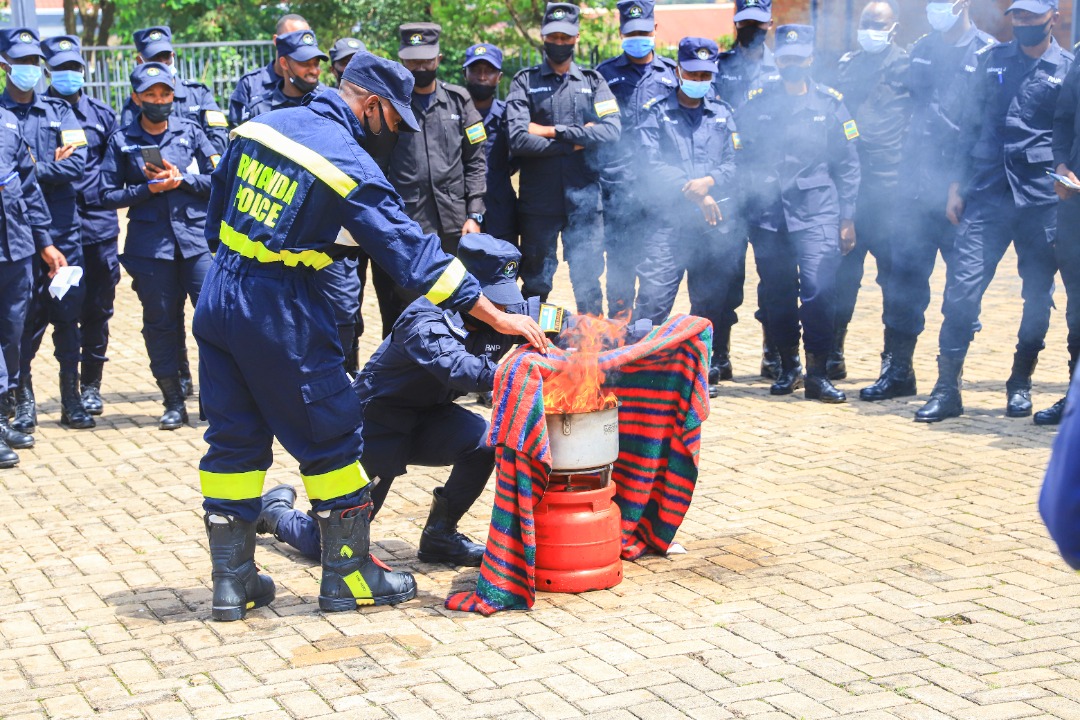 Knowledge on fire safety is an integral part of fire prevention. It is a proactive rather than passive fire protection.

Hundreds of thousands of people across the country have so far been been equipped with knowledge and skills on how to avert fires.

Now, the training, which looks at the causes, components and classes of fire as well as evacuation procedures, has shifted to Police officers in their respective units.

The training of Police officers started this Wednesday, April 27, with 85 officers working at the RNP General Headquarters in Kacyiru, and it will last for two days.

It is a combination of the causes and components of fire, safer measures against fire and how to use different firefighting gadgets to put out fire.

"Fire emergencies endanger all lives, property, buildings or the environment. We have been training medical staff and employees in hospitals, clinics, traders in commercial buildings, market places, bus terminals and employees in other institutions. It is equally important for Police officers to also acquire the same knowledge and skills for their safety in their homes and places of work," ACP Paul Gatambira, the commanding officer for FRB, said.

He added that for the next one month, FRB trainers will be moving to different Police units across the country to train officers.

"These trainings are creating impact; we are seeing a downward trend in fire cases. We are also seeing people, who respond safely and positively to fire emergencies like a recent case in Kirehe District where residents, who were trained, managed to put out caused by a gas cylinder, which exploded," he added.

Last year, 123 cases of fire outbreak were recorded across the country, the majority resulting from gas.

"Since the beginning of this year, 66 cases of fire have been registered, but most of these also caused by reckless use of cooking gas, were extinguished by the people because they were trained on how to respond safely," ACP Gatambira said.

The majority fire emergencies were registered in City of Kigali.