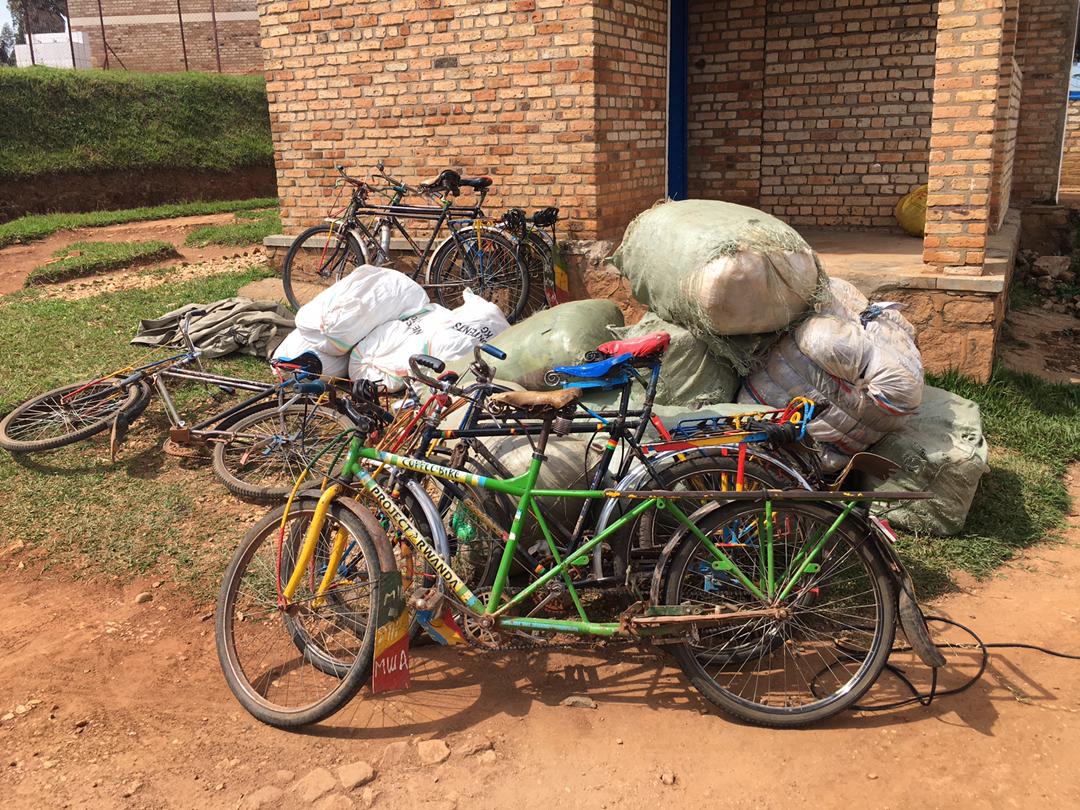 The clothes were seized from five smugglers, who were arrested in Rushubi Village, Ngeri Cell, Munini Sector.

Superintendent of Police (SP) Theobald Kanamugire, the Police spokesperson for the Southern Region, said that the smugglers had sneaked the sacks of used clothes into Rwanda from Burundi on bicycles, before they were seen and reported by the residents.

"Residents of Cyahinda Sector called the Police reporting a group of five cyclists, who had crossed into Rwanda from Burundi with sacks of what they believed to be second-hand clothes.

Police trailed and intercepted them in Munini Sector with 12 sacks of used clothes. Other two sacks were recovered in an abandoned house in Cyahinda," SP Kanamugire said.

He added that law enforcement organs are still searching for two men identified as Célestin Hakizimana and Oscar Hakizimana, believed to be rightful owners of the clothes. The two men allegedly hired the group of cyclists to smuggle the second-hand into Rwanda from Burundi.

In the neighbouring district of Nyamagabe, Police also seized 200kgs of used clothes from six smugglers mid this month.