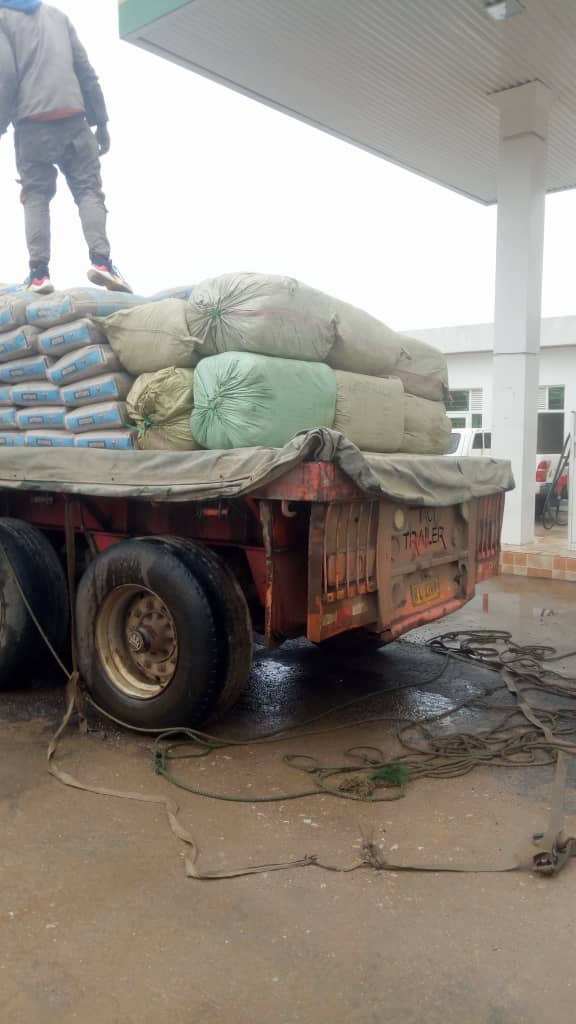 The truck registration number RAD 615H, was intercepted on Sunday, May 1, at about 2pm, in Bususuruke Village, Kagano Cell, Kitabi Sector.

The bales were covered with bags of cement and had been sneaked into Rwanda from the Democratic Republic of Congo (DRC), according to Superintendent of Police (SP) Theobald Kanamugire, the Police spokesperson for the Southern Province.

The driver of the truck, who has been identified as Abdallah Karangwa, managed to flee during the operation, he added.

"Karangwa loaded the bales and cement in Rusizi District and was headed to Kigali. Fortunate enough, someone saw him loading the bales and covering them with cement, and called RPU. A check point was mounted in Bususuruke, Nyamagabe District but the driver, in seeing Police officers, he parked it at the nearby petrol station and fled," SP Kanamugire said.

When searched, he added, RPU officers indeed found 12 bales of clothes concealed under bags of cement.

SP Kanamugire thanked the resident, who shared information leading to the seizure of the smuggled goods and impounding of the vehicle used in the crime. The search for Karangwa is also still underway.

In article 199 of the East African Community Management Act, which is also applicable in Rwanda, seized smuggled goods and the vehicle are auctioned while the driver is handed a fine of US$5,000.