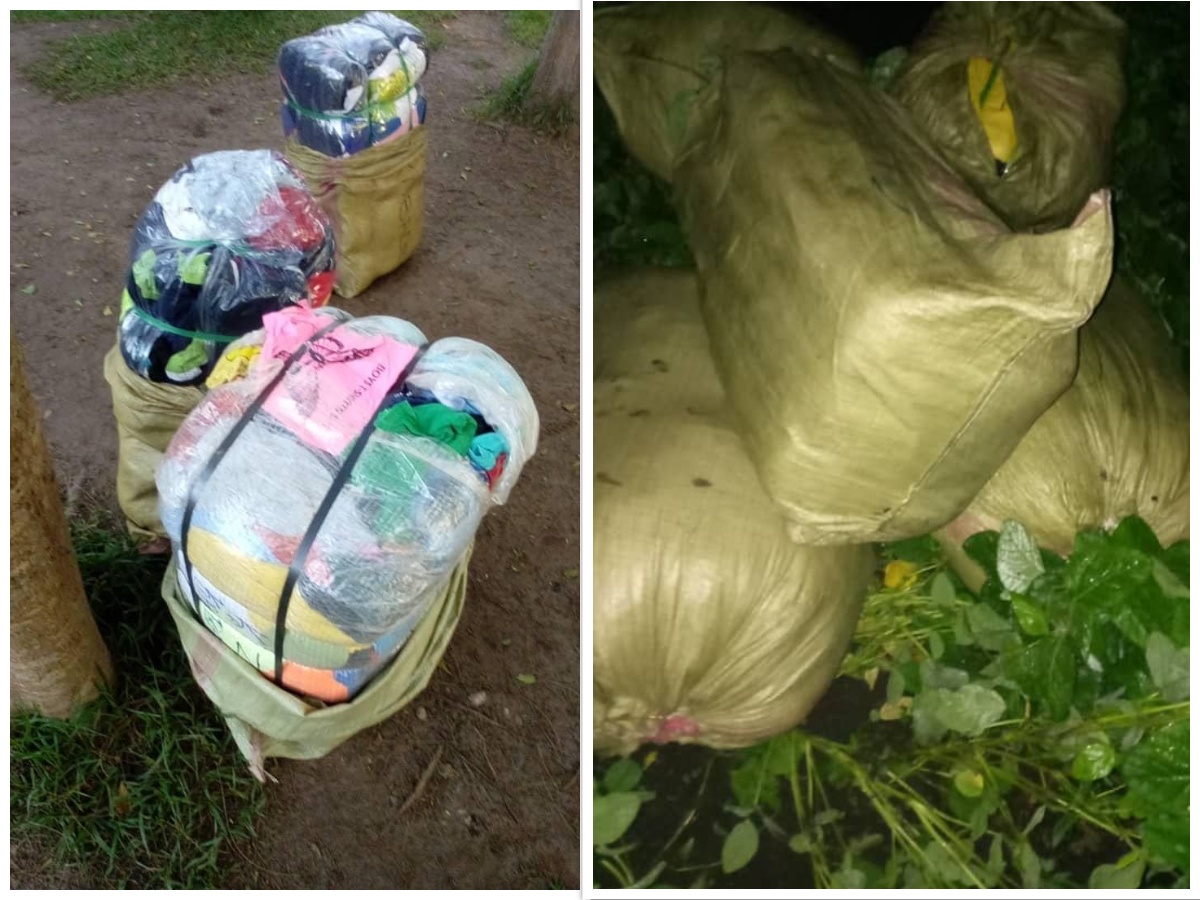 Rwanda National Police (RNP) has continued its operations against smuggling in different parts of the country.

In the latest separate operations conducted on Friday, May 13, Police in Nyagatare District seized eight smuggled bales of clothes locally known as caguwa, and arrested two people in connection with the act.

Five bales were seized from the two arrested smugglers identified as Eddy Tuyikurikire, 23, and Faustin Niyonsenga, 22, who were intercepted in Gishara Village, Kagitumba Cell in Matimba Sector.

Three other bales were dropped by smugglers in Nyakanoni Village, Shonga Cell of Tabagwe Sector, who managed to flee during the operation.

The Eastern region Police spokesperson, Superintendent of Police (SP) Hamdun Twizeyimana, said that the suspects had sneaked the bales into Rwanda from Uganda, before they were seen and reported by the residents.

“Police received credible information from residents in Kagitumba and Shonga about people, who had crossed into Rwanda from Uganda with bales of clothes. Police arrested Tuyikurikire and Niyonsenga in Kagitumba with five bales. Other people who had three bales in Tabagwe dropped them and fled bavk to Uganda," SP Twizeyimana said.

The suspects were handed over to RIB at Matimba station for further investigation while smuggled goods were taken to RRA at Nyagatare branch.

In article 199 of the East African Community Management Act, which is also applicable in Rwanda, smuggled goods are auctioned.

A taxpayer, who commits fraud, is also subject to an administrative fine of one hundred percent (100%) of the evaded tax and a likely imprisonment of between six months and two years