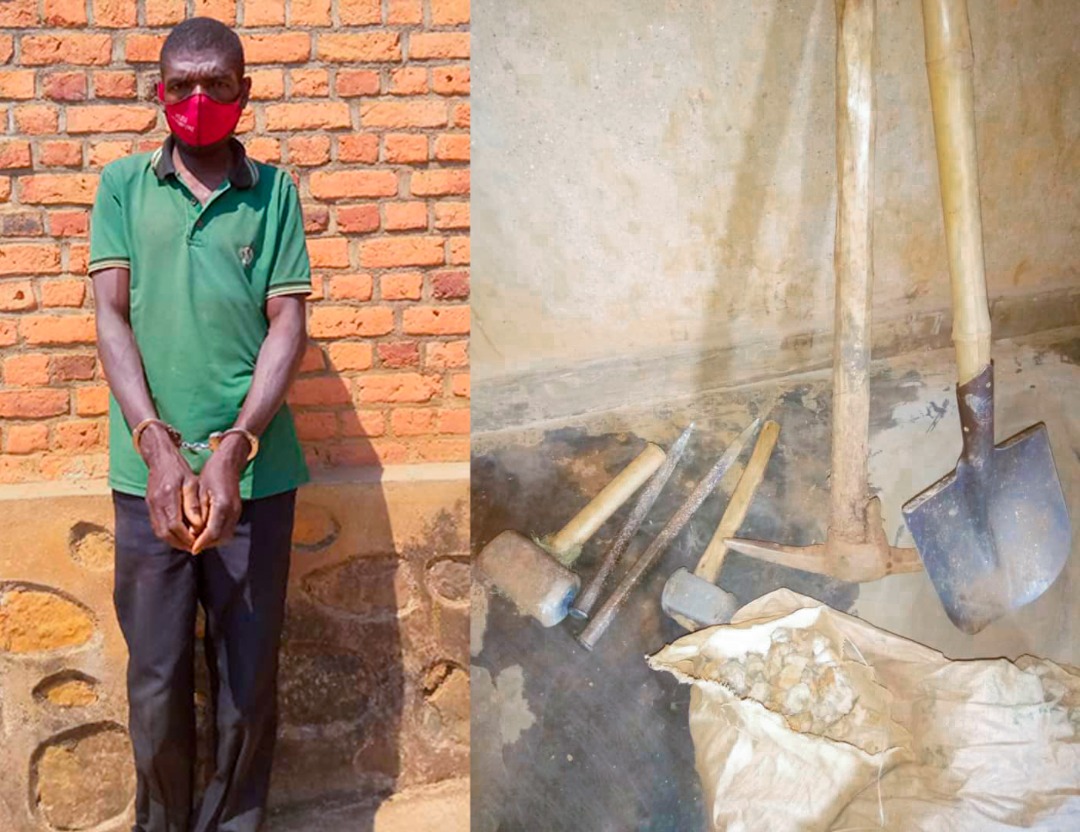 A man identified as Bosco Munyandera, 48, was arrested on Monday, July 19, in Ngororero District for allegedly conducting illegal mineral activities.

Chief Inspector of Police (CIP) Bonaventure Twizere Karekezi, the Police spokesperson for the Western region, said that Munyandera, who is part of the group that steals minerals in concessions, was at the time of his arrest found in possession of 1kg of beryl and other traditional tools, which the ring was using to extract minerals.

Beryl is a precious stone used to make jewelry or other adornments.

CIP Karekezi said that the arrest of Munyandera followed a complaint raised by the mining company that owns the concession, about a group of people that was stealing their minerals in the concession.

"Munyandera is part of the group of about seven men, who were sneaking into a beryl mining concession located in Mpara Village, Cyome Cell in Gatumba Sector owned by Ngororero Mining Company (NMC), where they were extracting and stealing the minerals. We are still searching for other six members of the group," CIP Karekezi said.

"Mining is a regulated business conducted by licensed people or companies. It is also a hazardous and risky practice especially during the process of extracting minerals, which require professionals," said the spokesperson.

The suspect was handed over to RIB for further legal process as the search gor his accomplices is still underway.

ALSO READ: Ngororero: Vehicle intercepted with over one ton of smuggled minerals

Article 54 of the law N° 58/2018 of 13/08/2018 on mining and quarry operations, states that; "any person, who undertakes mineral or quarry exploration, exploitation, processing or trading without a licence commits an offence."