NGORORERO: Drug trafficker intercepted with over 5,000 pellets of cannabis 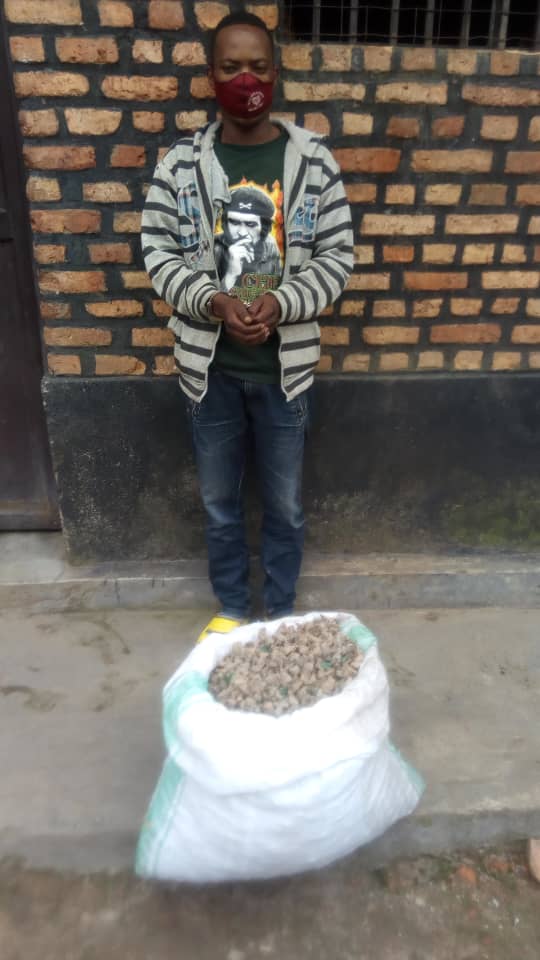 Chief Inspector of Police (CIP) Bonavanture Twizere Karekezi, the Police spokesperson for the Western region, said Niyibizi was at the time travelling in a public bus from Mukamira, Nyabihu District.

"Police had information that drug dealers are now using Ngororero as one of their main trafficking routes. In the wee hours of Friday, Police mounted a roadblock in Kabaya Sector for the random search," CIP Karekezi said.

He added: "As officers were searching one of the public buses, Niyibizi, who was one of the passengers, became agitated, jumped out of the bus in an attempt to flee. Young people, who were there ran after him and captured him. Police officers, during the search, found 5075 pellets of cannabis concealed in Niyibizi's luggage."

Meanwhile, Niyibizi disclosed that he got the narcotics from one Nyirahabimana, a major drug dealer in Rubavu District.

"Niyibizi was handed over to RIB at Kabaya station alongside the exhibits but law enforcement organs are working together to locate and arrest the alleged supply, Nyirahabimana," CIP Karekezi said.

Article 3 of the Ministerial order nº 001/MoHo/2019 of 04/03/2019 establishing the list of narcotic drugs and their categorisation, classifies cannabis among the "very severe narcotics."

Article 263 of the law determining offenses and penalties in general, provides a sentence of between 20 years and life in prison for anyone convicted of dealing in "very severe narcotic drugs" and a fine of between Frw20 million and Frw30 million.