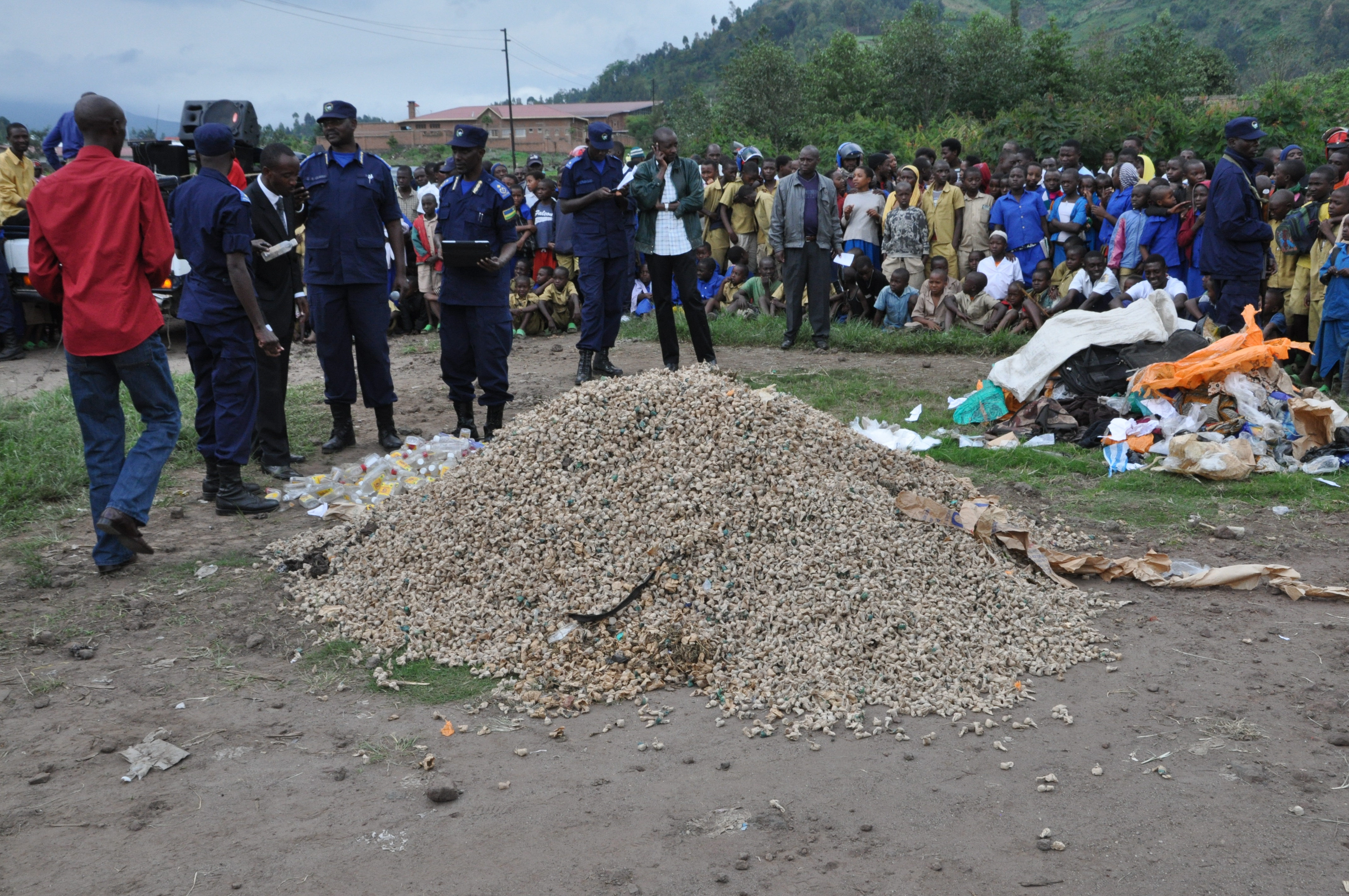 Residents of Rubavu District, on Thursday joined police in an exercise to destroy drugs and plastic bags which were seized in the area in the last two months.

The destroyed drugs include about 550 litres of illicit liquor like kanyanga and 430 kilogrammes of cannabis.

The exercise was also attended by officials from prosecution.

Ezekiel Nsengiyumva, the district Vice Mayor in charge of Finance called upon residents to refrain from drug dealings.

She observed that drug abuse has been identified as one of the causes of other crimes like domestic violence, assault and theft.

“Citizens did a great job; they provided us with credible information which led us to areas where these drugs were being stored and sold, and managed to arrest the suspects,” ACP Gumira said.

He said narcotic drugs like cannabis are sneaked into the countries through porous borders.

He also asked students to focus on their studies, a priority if they are to have a better future.

Article 598 of the penal code stipulates that, any person who manufactures, sells, prescribes a drug, harmful products, cosmetics or body hygiene and other herbal substances prohibited in healing practice, shall be liable to a term of imprisonment of six months to two years and a fine of Rwf1 million to Rwf 5 million or one of these penalties.