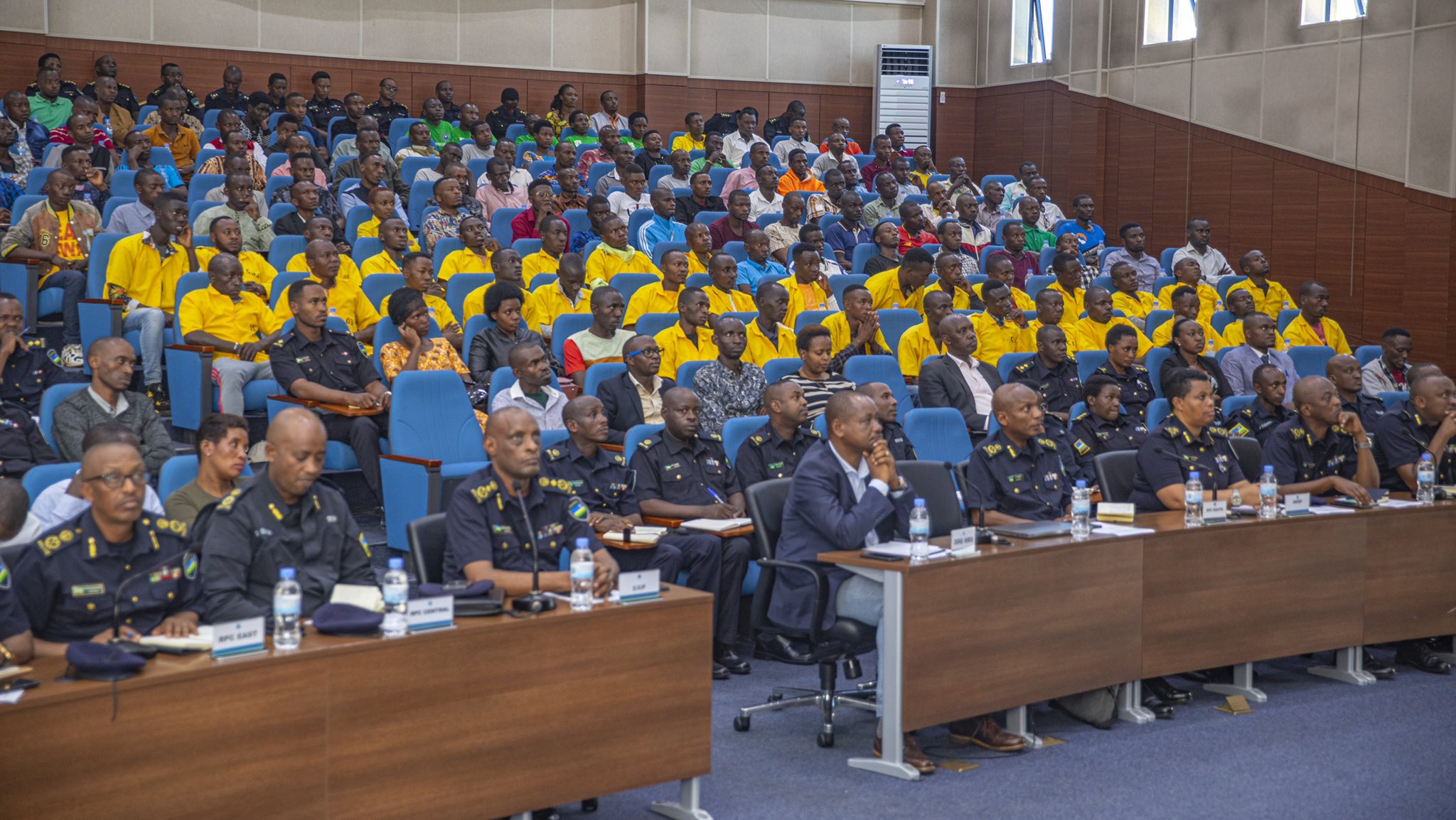 Three-hundred rehabilitated delinquents under their group 'Imboni z'Impinduka' (Agents of Change), met at the Rwanda National Police (RNP) General Headquarters in Kacyiru on Friday October 28, in a meeting that looked at income generating initiatives and to strengthen efforts against delinquency.

The meeting officiated by the Minister of Local Government, Jean Marie Vianney Gatabazi, also aimed at influencing behavioral change and to further improve the social wellbeing of the young people graduating from the three national rehabilitation centres of Iwawa, Nyamagabe and Gitagata.

It was organized by the RNP and National Rehabilitation Service (NRS). It was also graced by the Deputy Inspector General of Police (DIGP) in charge of Operations, Felix Namuhoranye and NRS Director General, Fred Mufulukye.

So far, more than 41,400 young people have graduated from the three national rehabilitation centres. 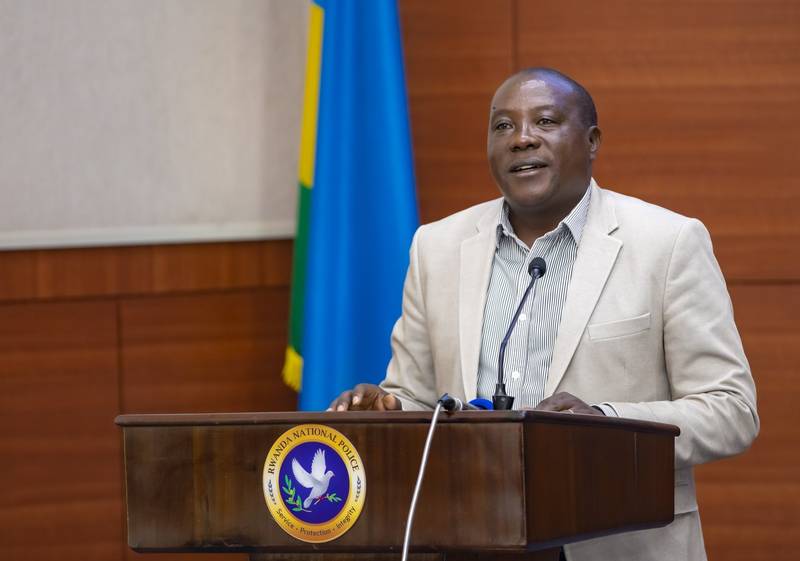 Minister Gatabazi said that Agents of Change are part of the national initiatives to ensure a free delinquent country.

Their current status from drugs, he added, is a testimony that people can change, make progress and become an example and an inspiration to others.

"It is likely that at this level, regardless, you can fall back into drugs, that is why in this journey of change, it takes patience, responsiveness, and taking initiatives in seeking what will improve your lives to avoid returning to bad habits," Minister Gatabazi said. 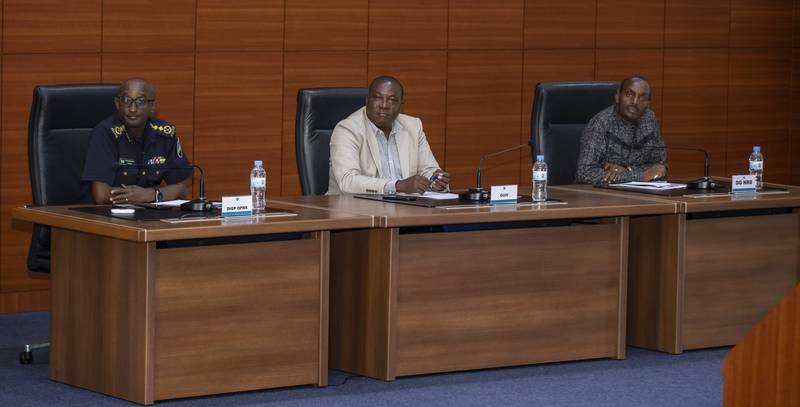 He urged them to serve as examples wherever they are and to use their testimonies to influence change.

While encouraging them to come together, work together and to support each other; the Minister urged them not to be held back by their bad past, have a purposeful life and to get rid of the habit of waiting for help.

He further reminded them of their duty in national security and development.

DIGP Namuhoranye said that in joint efforts with NRS, 755 Agents of Change have been trained in forming cooperatives. "Supporting these cooperatives is part of the forthcoming Police Month."

"Security management is a continuous process and a collective responsibility. 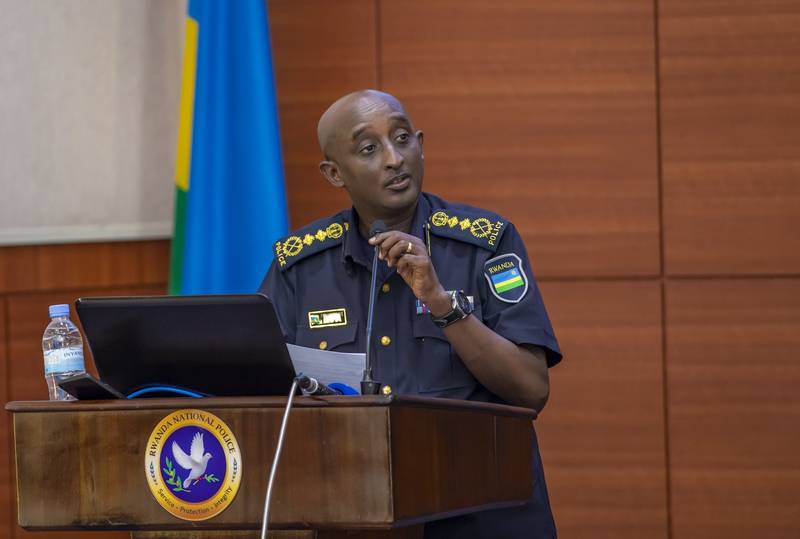 Let us all be safe, be an eye for each other, work together to prevent crime from happening and share information in real time," DIGP Namuhoranye said.

Mufulukye, on his part, said that the rehabilitated delinquents have so far formed 46 cooperatives in carpentry, tailoring, agriculture and animal husbandry, transport and fishing, among others.

So far, he added, 33 cooperatives have received a financial support amounting to Frw370 million.

"Agents of Change is an initiative to facilitate graduates in coordination, orientation, monitoring, advocacy and support in the community. It is another forum to contribute to crime prevention and to advocate for their socio-economic opportunities," Mufulukye said.

Some of the former drug addicts shared their testimonies of how they started abusing drugs and how rehabilitation centres changed their lives.

One of them in Viateur Munderere, a genocide survivor and graduate of the second intake at Iwawa Rehabilitation Centre, who has since ventured into agriculture, animal husbandry and tourism. His company is now valued in the region of Frw100 million.

"I escaped from Iwawa twice not knowing that this is where I was to get a new and dignified life... It hurts me when I hear people calling Iwawa a prison. It is where I was born again, like many others. This is a dream centre for a new life, where life changes from abusing drugs to taking champagne," said Munderere.

He has so far trained at least 20 youth in tailoring.