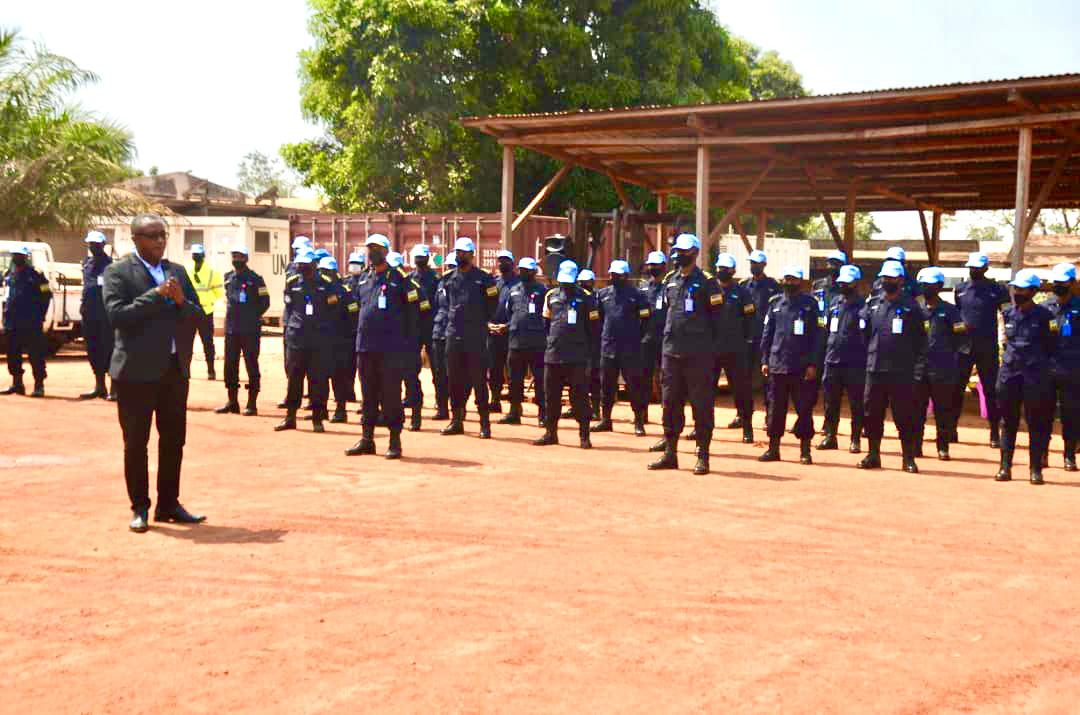 Minister Biruta, briefed officers of Rwanda Formed Police Unit One (FPU-1) and the Protection Support Unit (PSU), delivered a message from His Excellency Paul Kagame, the President of the Republic of Rwanda thanking them for the selfless service and job well done to represent the country in the international peacekeeping duties.

The Minister was also briefed by the contingent commanders on their core tasks, including protection of civilians, protection of UN personnel and facilities, protection of CAR government official, Special Penal Court judges and MINUSCA high profile personnel as well as escort duties, among others.

He commended all Police officers for the courage, discipline and professionalism demonstrated in accomplishing their assigned tasks.

"Your country and His Excellency the President thanks you for your sacrifice, resilience, and the commitment you continue to demonstrate in accomplishing your mandated tasks. Your professionalism demonstrate the values and the image of Rwanda, which you stand for as ambassadors," Minister Biruta told the officers. 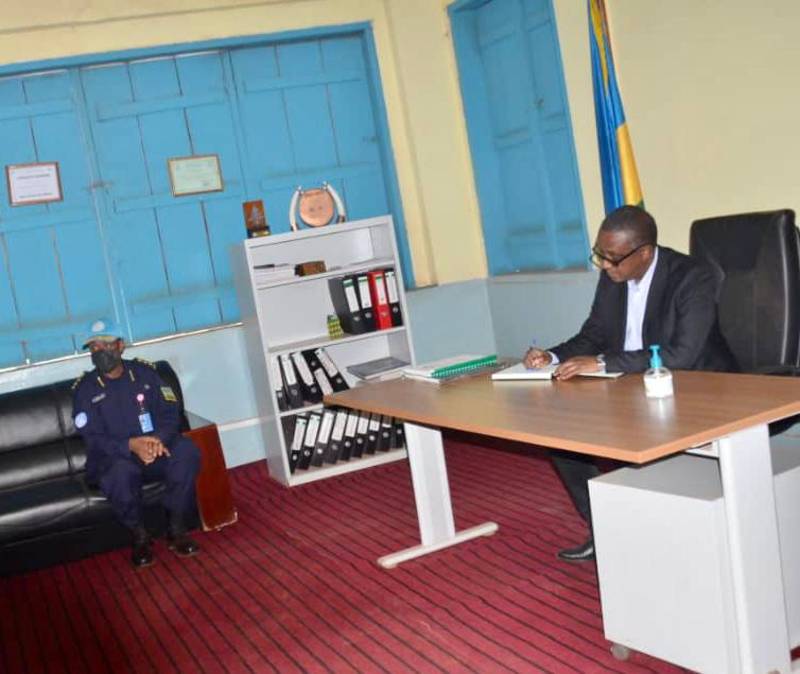 He further briefed them on Rwanda's status of cooperation with other countries, which continues to improve.

Minister Biruta also updated them on Rwanda's strengthened measures against the pandemic of Covid-19, including vaccinating all people aged 12 years and above.

More than six million Rwandans have so far been fully vaccinated against Covid-19.

The Minister challenged the officers to continue to uphold the Rwandan values, maintain discipline and to always strive to raise the Rwandan flag during their tour-of-duty.

Rwanda maintains over 500 police peacekeepers under MINUSCA. The FPU-1 and PSU, each composed of 140 officers, are among the three Rwandan Police contingents deployed in CAR. Another FPU-2 contingent of 180 officers is deployed in Kaga- Bandoro in Nana–Grebizi prefecture about 400 kilometres from the capital Bangui.

The PSU is particularly charged with the protection of the SRSG, his two deputies, the Prime Minister of CAR, President of the National Assembly, Minister of Justice and the Head of MINUSCA Police Component.

Rwanda was the first country to deploy a Police contingent (FPU-1) in CAR in 2014.