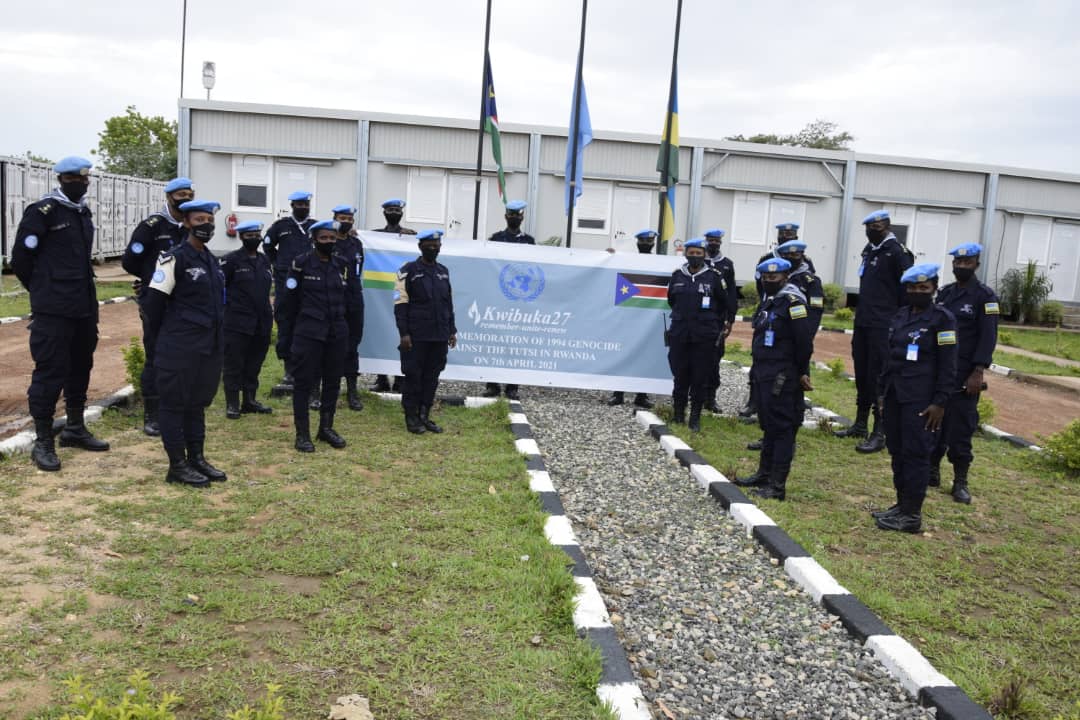 Rwandan Police peacekeepers deployed in various UN missions, on Wednesday, April 7, joined the rest of Rwandans and friends of Rwanda to pay tribute to more than one million people massacred during the 1994 Genocide against the Tutsi.

The remembrance was held separately in different Rwanda Formed Police Unit (FPU) camps in compliance with the COVID-19 preventive guidelines.

The peacekeepers converged in different halls of their respective camps to ensure social distancing as they followed Kwibuka 27 back home, on Rwanda Television.

A minute of silence was also observed to pay tribute to innocent lives massacred 27 years ago.

"We will continue to remember as we execute our peacekeeping duties. Today, officers who were not on duty came together to remember and followed a strategic guidance by His Excellency Paul Kagame, President of the Republic of Rwanda on what all Rwandans stand for in the name of unity and peace, and which in one way or another defines why we are here in South Sudan as Rwandan peacekeepers largely for the safety of civilians," said Chief Superintendent of Police (CSP) Carlos Kabayiza, the contingent commander for Rwanda FPU-2 serving under the UN Mission in South Sudan (UNMISS). 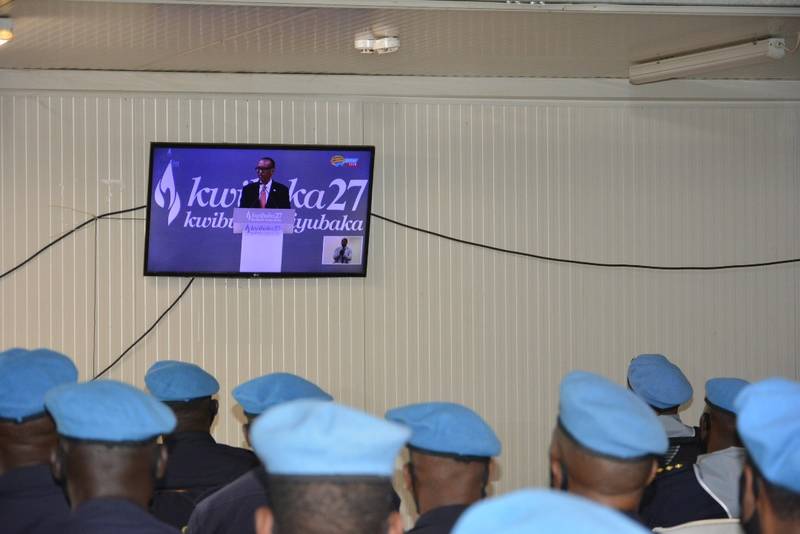 Rwanda FPU-2 in Juba following H.E Paul Kagame, President of the Republic of Rwanda as he spoke during Kwibuka, which was live on Rwanda Television.

In Rwanda FPU-3, a female dominated contingent also deployed in the capital Juba under UNMISS, men and women, converged in their camp to follow Kwibuka 27 activities back home.

"We are in a fragile situation posed by the COVID-19 where we have to follow safety guidelines, but that will not stop us from remembering. We will be following Kwibuka events on TV as we mourn for the lost innocent lives, pray for the survivors as we also continue to execute our peacekeeping mandate," said SSP Jeannette Masozera, the contingent commander for Rwanda FPU-3.

In Malakal, Upper Nile State where Rwanda FPU-1 is deployed, CSP Fabian Musinguzi reminded the officers to be close and continue supporting each other in such trying moments.

In all contingents, leisure activities have been suspended as a norm during the commemoration week.

In his message, the UN Secretary General, Antonio Guterres said: "We saw what happened in Rwanda in 1994 and we know the horrific consequences when hate is allowed to prevail."

Preventing history from repeating itself, he added, requires countering these hate-driven movements that have become a transnational threat.

"We must redouble our efforts and forge a permanent agenda to renew and reinvigorate our collective actions going forward.

In doing this, we must defend human rights and continue to push for policies that fully respect all members of society."