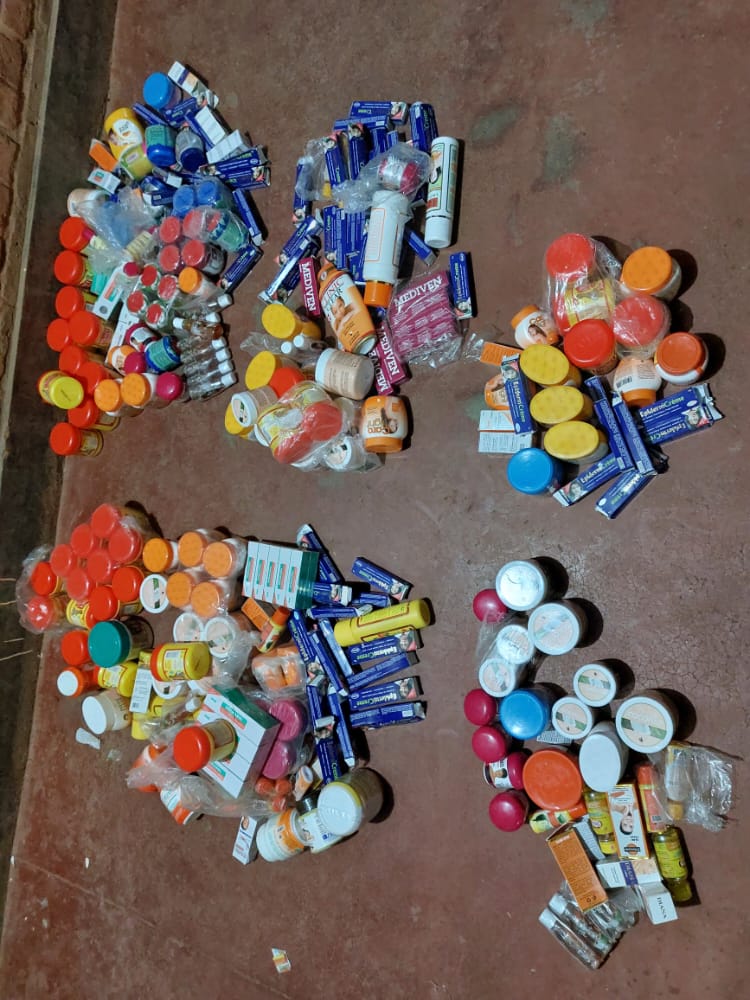 They are Theophille Ndayishimiye and Narcisse Murengera, who were arrested separately at their respective shops in Inyamibwa Village, Bibare Cell, Kimironko Sector in Gasabo District with assorted quantities of the banned oils and creams.

Ndayishimiye was taken into custody after police found 127 pieces of skin bleaching products in his shop. Equally, the arrest of Murengera came after 120 pieces of assorted skin whitening cosmetics were recovered in his shop.

It is the second time that Murengera has been arrested for the same crime. He was arrested in January this year for selling the harmful cosmetics and completed his sentence, recently.

The two suspects have been handed over to RIB at Kimironko station.

There are 1,342 listed cream and oil brands with hydroquinone and mercury, which are prohibited in Rwanda.

Article 266 of the law determining offenses and penalties in general, states that any person, who produces, sells, or prescribes harmful products; cosmetics or body hygiene substance or any other products derived from plants, commits an offence.

Rwanda National Police (RNP) spokesperson, Commissioner of Police (CP) John Bosco Kabera said that enforcement of the law against skin whitening creams and oils is a continuous process, and warned traders against this unlawful business.

"Many people have been arrested, and operations are still going on in different parts of the country targeting shops and people suspected to be trafficking them into the country," CP Kabera said.

He added: "We are aware that these outlawed products are trafficked into the country and transported to their customers in small quantities, but they should also be aware that the people in areas where they operate are the eyes and ears of the Police; they report these unlawful acts."