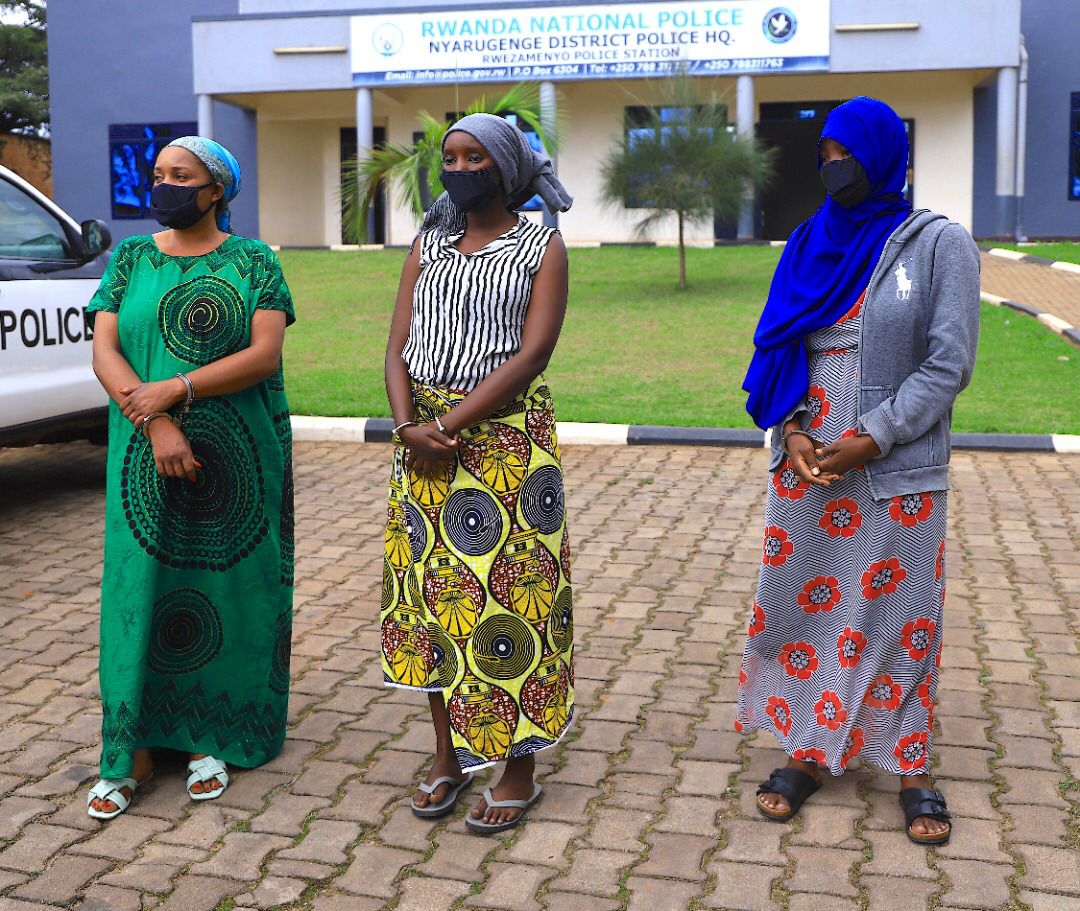 Indecent assault is defined under article 135 of the law determining offences and penalties in general, as an act against another person's body in any manner whatsoever, without the latter's consent.

The trio of Neema Ishamiryase, 32, Zaudjia Nshimiyimana, 23, and Denyse Umuhoza, 25, are therefore accused of
surrounding, finger pointing, touching the hair and laughing at their customers, all who are foreigners and currently visiting Rwanda.

“The three traders allegedly committed indecent assault to their clients when they started laughting at them and touching in their children's hair and other indecent treatment. This prompted the affected customers to report the matter to the Police," RNP spokesperson, CP John Bosco Kabera, said.

He reminded the public and the business community in particular to aim for quality services, avoid any indecent acts and respect diversity.

“People should know that there are some acts which are offensive to others and punishable by law. Touching another person's body without his/her consent, pointing fingers at them or mocking them is wrong and amounts to a crime,” CP Kabera explained.

The suspects were handed over to RIB at Rwezamenyo station for further investigation.

If indecent assault is committed in public, the offender is liable to imprisonment for a term of not less than two years and not more than three years, and a fine of not less than Frw500, 000 and Frw1 million.