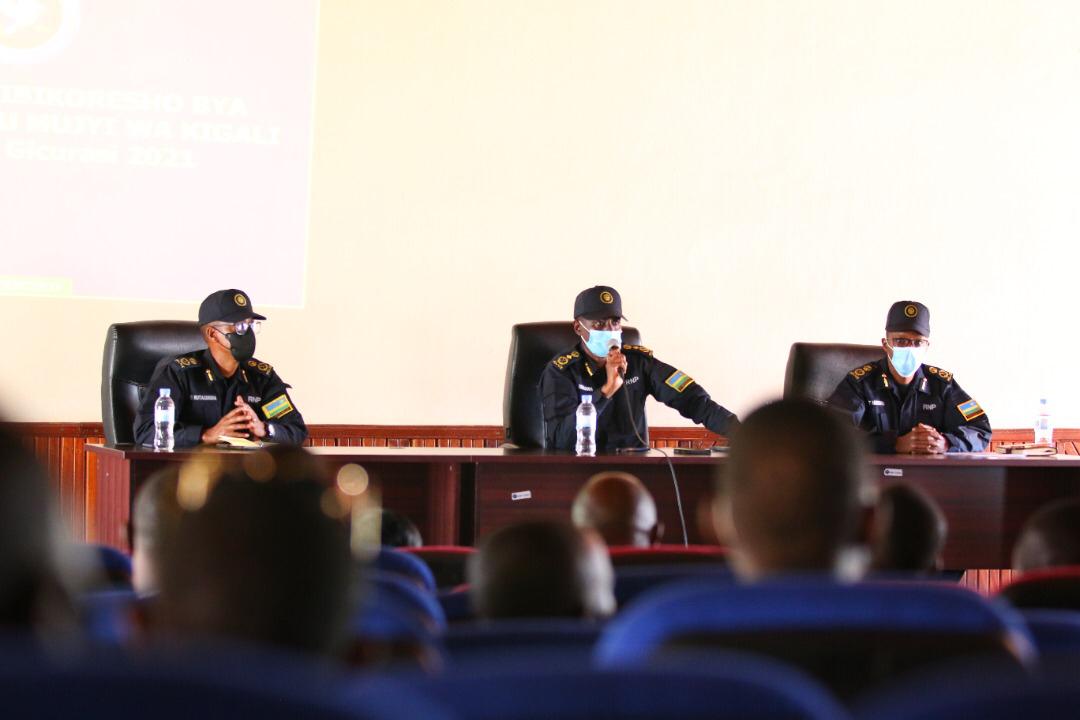 Statistics indicate that 774 assorted electronic equipment were stolen in different parts of City of Kigali between March and May this year.

At least 387 items were reported stolen in Gasabo District, 214 in Nyarugenge District and 173 in Kicukiro District.

During the meeting held at the RNP General Headquarters in Kacyiru, Commissioner of Police (CP) George Rumanzi, Commissioner for Operations and Public Order, observed that in most cases, burglars work with dealers in used electronics or electronics technicians, who help them to get buyers or buy the stolen items themselves.

“The majority of electronic equipment stolen are sold to dealers in used appliances on the black market for little money, which makes you accomplices even if you did not know that the item was stolen. It is your responsibility to know the origin of these items sold to you cheaply,” CP Rumanzi said.

Members of different rackets, who include burglars and buyers of stolen electronics items, who also sell them on the black market, have been arrested in separate Police operations conducted in Kigali and other parts of the country such as Rubavu and Rusizi.

In April, Police arrested three people in Nyarugenge District belonging to the same group, who were behind series of burglaries in City of Kigali. The ring was targeting electronics in shops and homes.

Other five members of another ring, were arrested later in May also in Kigali with seven flat television sets, one laptop and six smart phones stolen from different homes in Kigali.

According to CP Rumanzi, there are cases where thieves assault, injure or kill victims during night break-ins.

Such acts, he added, tarnish the image of the country.

“It is your duty to report those who bring these stolen items to you instead of buying them, which encourages them to continue stealing,” said ACP Rutagerura.

He urged them to reorganize themselves, form cooperatives and harmonize their business to fight those, who tarnish their image.

Dinalo Tandimwebwa, an electronics technician in the city center noted that some individual hide behind this business to work with thieves.

He pledged to report anyone he suspects to be engaged in such criminal practices as well as those who try to sell him suspicious items.

Narcisse Havugimana, a dealer in used electronics in Kazi ni Kazi also thanked RNP for bringing them together to be part of the fight against theft of electronics.

He added that working in cooperatives will help them to organize their business but also another way of business growth.

“It is important to ask receipts for the items we buy from people to prevent purchasing those that are stolen,” said Havugimana.

Similar meetings will also be held with dealers in used electronic items and technicians in Gasabo and Kicukiro districts.

The move is aimed at creating a strong bond between RNP and those engaged in selling or repairing electronics to identify and arrest those dealing in stolen items on the black market.