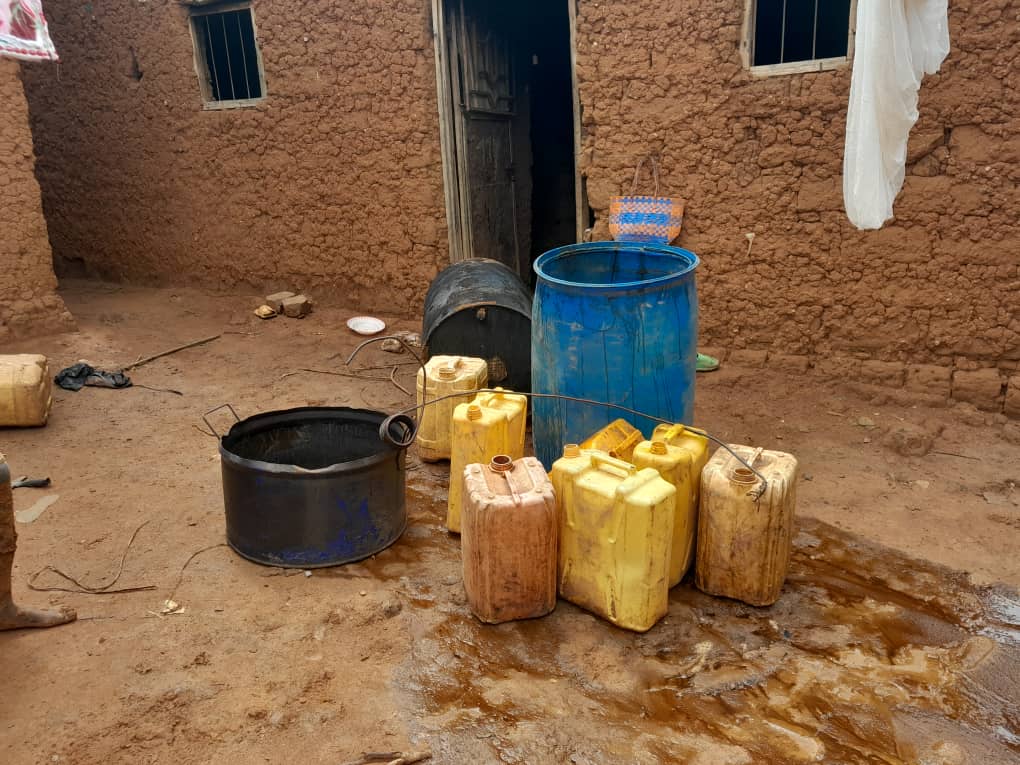 Two people, who were producing and and selling Kanyanga, an illicit gin, were arrested red-handed on Wednesday November 23, in Bugesera District.

Superintendent of Police (SP) Hamdun Twizeyimana, the Police spokesperson for the Eastern region, said that Police recovered 10 litres of Kanyanga, which the duo had already produced, as well as tools they were using to produce the crude illicit gin.

They were handed over to RIB at Rilima station for further investigations.

SP Twizeyimana thanked the residents for their responsiveness against narcotic drugs and psychotropic substances.

Kanyanga is classified as simple narcotic drugs by the Ministerial order Nº 001/MoH/2019 of 04/03/2019 establishing the list of narcotic drugs and their categorisation.

Upon conviction for "simple drugs" the offender faces between seven and ten years in prison and a fine of Frw5 million to Frw10 million.