IGP Munyuza urges youth volunteers to be catalysts for transformation The Inspector General of Police (IGP) Dan Munyuza has called upon the youth to have a purposeful life and to be catalysts for the national transformation.

IGP Munyuza made the call on Monday, April 25, while officially closing a six-day training for 257 members of Rwanda Youth Volunteers in Community Policing (RYVCP) from the Eastern Province, at the Police Training School (PTS) Gishari in Rwamagana District, held under the theme: “A generation with purpose.”

The Governor of Eastern Province, CG Emmanuel K. Gasana and the Permanent Secretary in the Ministry of Local Government, Samuel Dusengiyumva, also attended the event.

IGP Munyuza observed that patriotism, discipline, being sober, and exemplary behaviours are key values for the young generation to stay focused and actively involved in individual and national development and security agenda.

“We need a generation of young people that is free from drugs, smuggling, gender-based violence and theft; youth who are hygienic, fight corruption, strive for service delivery and at the forefront in implementing security and socio-economic development programmes in communities,” IGP Munyuza said.

He encouraged them to double their efforts in fighting and preventing crimes, and sharing information on anything that can destabilize the peace, safety and security of the people. 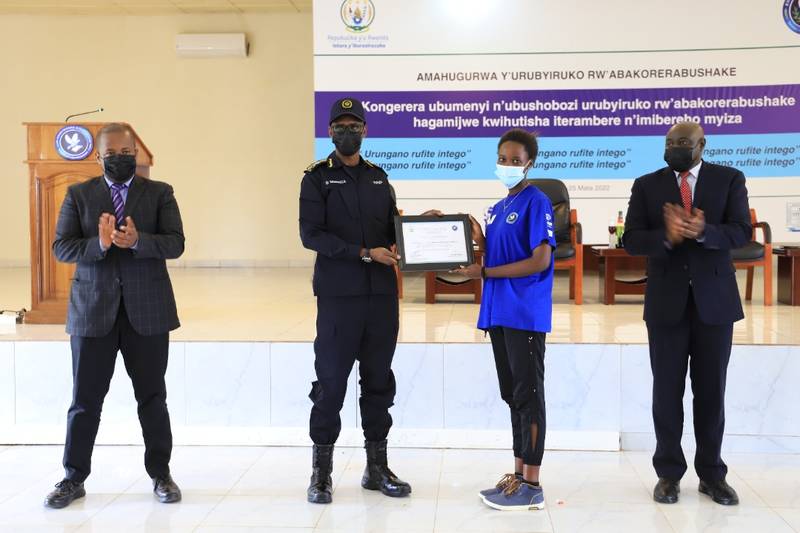 During the six days, trainees looked at the Rwandan history and the role of youth in fighting genocide ideology, Rwandan values, crime prevention and community policing, innovation, and community development, among others.

On his part, the Permanent Secretary, Samuel Dusengiyumva urged the youth volunteers to be defined by actions and to create impact in their communities.

He, however, said that to achieve the intended purpose, it is imperative to share the gained knowledge and skills with all youth volunteers down to the grassroots level to act collectively.

“To the local and security leaders in districts, these young people are your responsibility. When you give them time, encourage and support them, they will be result-oriented,” Mr. Dusengiyumva said.

Governor Gasana noted that the country has witnessed the importance of youth volunteers, especially during this period of the Covid-19 pandemic where they played key roles in the enforcement of the national directives to contain the spread.

He further reiterated their impact in fighting cross-border crimes especially in Nyagatare and other districts in the province.

More than 400 members of youth volunteers in Nyagatare are working with security organs to fight crimes related to cross-border in the district.

“There are 76,593 members of RYVCP in the Eastern Province, and this is a pride to our country. You are an example to a generation with purpose; a generation that has values of unity, resilience, patriotic, works hard, and big-hearted,” Governor Gasana said.

Youth Volunteers in Community Policing, a group formed in 2013, has been credited for their volunteerism work valued in billions of money, including construction and renovation of houses for the disadvantaged families, roads, organic gardens, planting trees and supporting other human security and community development activities. 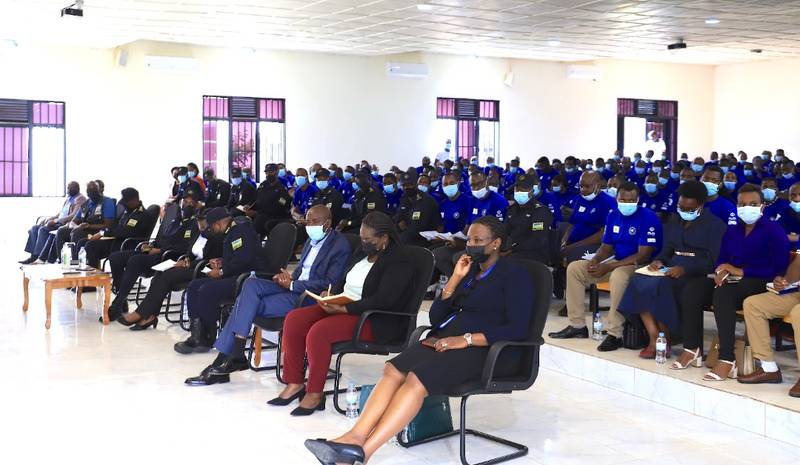