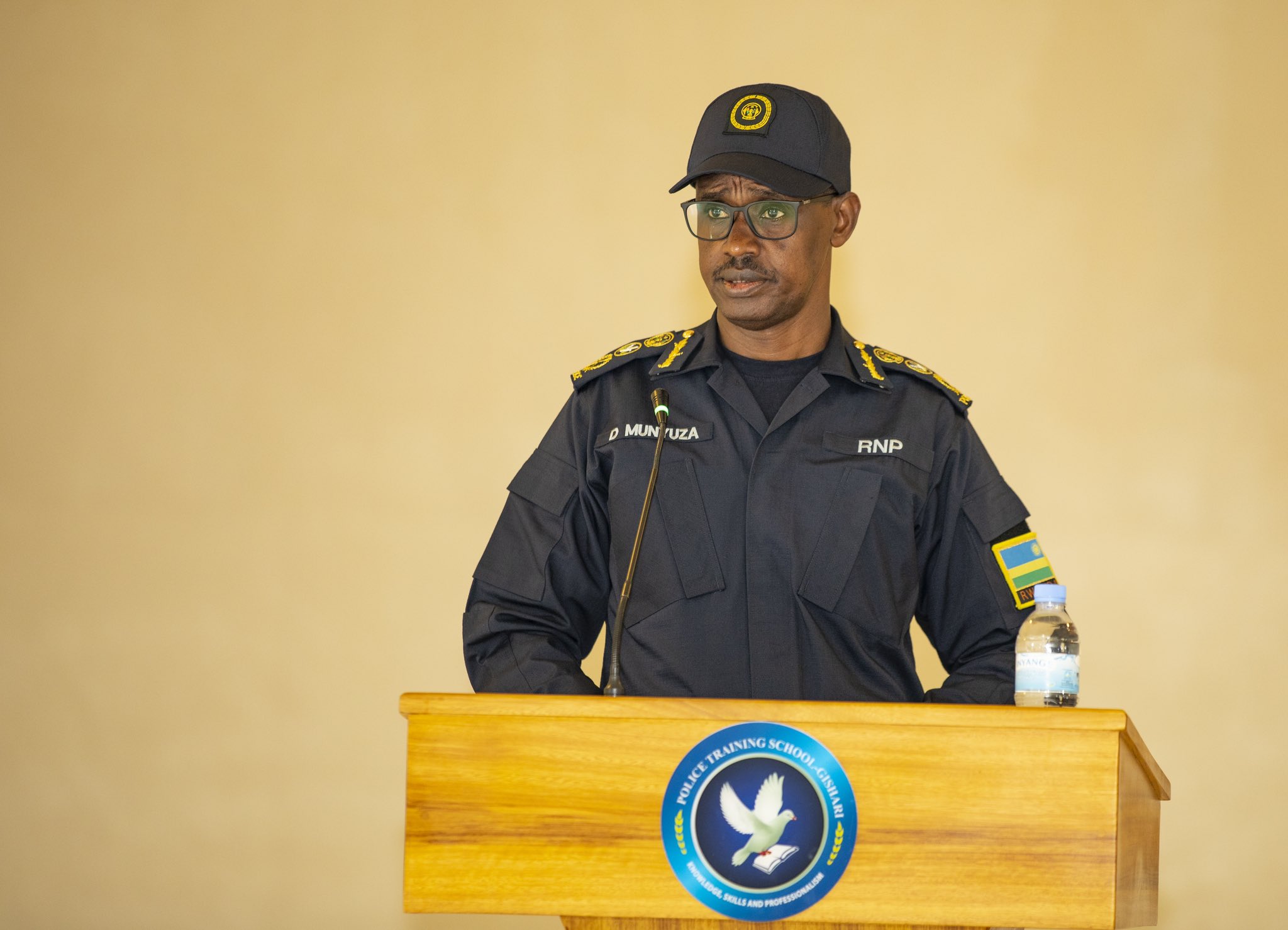 The Inspector General of Police (IGP) Dan Munyuza, on Sunday, November 6, challenged Police officers set to be deployed to the UN Mission in South Sudan (UNMISS), to stick to what they were trained to do to guarantee security of those under their protection.

The Police Chief made the call on Sunday, November 6, while briefing 160 officers of Formed Police Unit Three (RWAFPU-III) at the Police Training School (PTS) Gishari, in Rwamagana District.

The female-dominated RWAFPU III-5 commanded by Senior Superintendent of Police (SSP) Speciose Dusabe, will this Monday replace RWAFPU III-IV headed by SSP Marie Grace Uwimana, which was deployed in November last year for a one year peacekeeping mission.

IGP Munyuza told the officers to sustain the professional image of Rwandan peacekeepers and to stand firm amidst mission challenges.

"You were trained for this mission and you proved that you are ready for the challenge. Serve with passion, love what you do and do it professionally. You are going as ambassadors, so do not taint that image," IGP Munyuza said.

Their successful tour-of-duty, he reiterated, will be defined by their discipline, resilience, respect, politeness, teamwork, and upholding Rwandan values.