IGP Gasana roots for quality services in the Northern Region 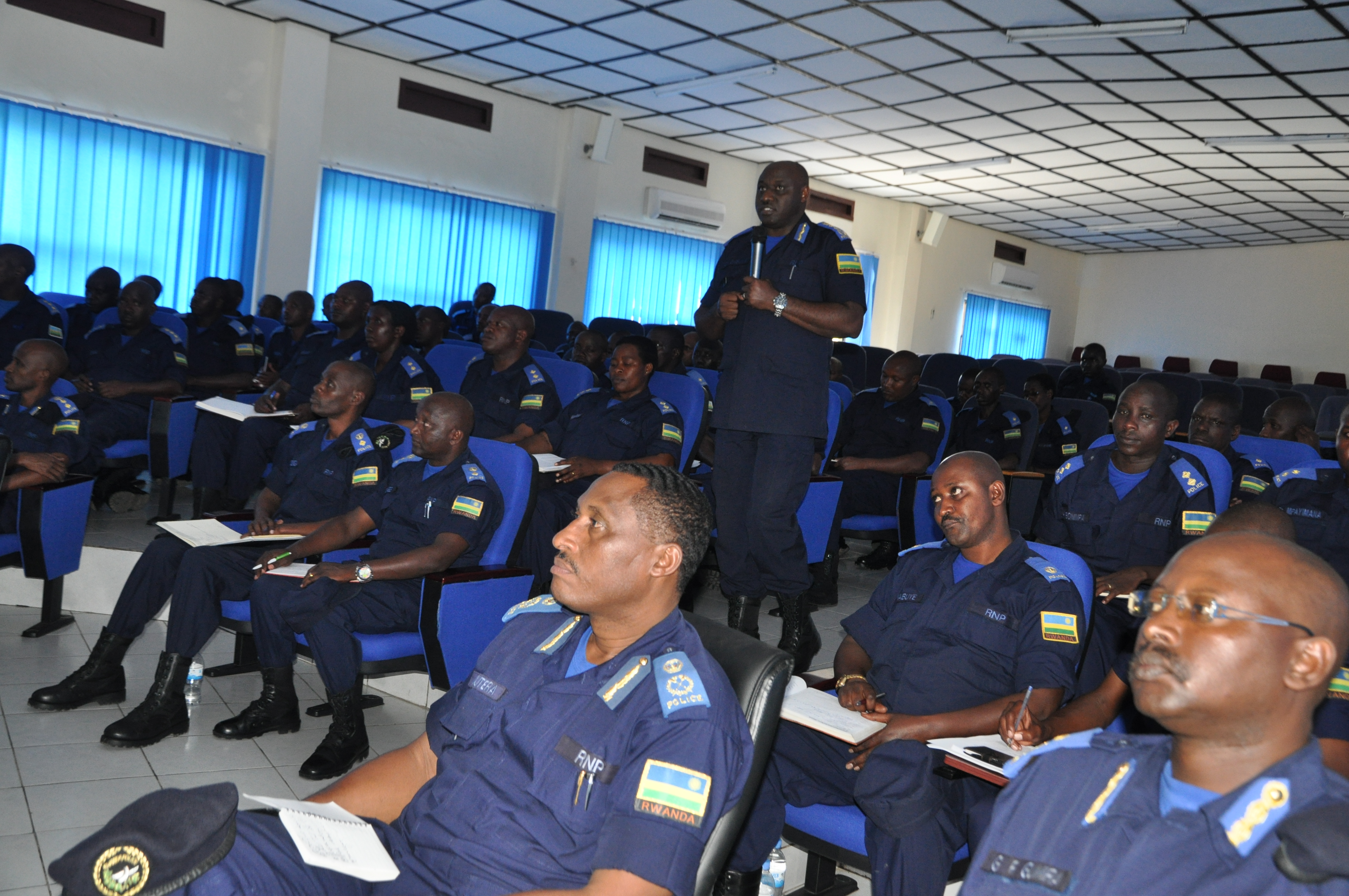 The IGP speaking to police officers operating in the Northern region and some parts of the Western, at NPC in Musanze District (Photo: RNP Media Center)

The Inspector General of Police, Emmanuel K. Gasana continued his countrywide tour on Tuesday in the Northern Region, where he met officers operating in the five districts in the province and those from the districts of Nyabihu and Rubavu of the Western Province.

The Police Chief appealed to the officers to be focused to the force’s mission while offering services to the required standards.

The tour is aimed at assessing the Rwanda National Police activities and lay new strategies to achieve the force’s targets.

He warned them against misconducts like taking bribes. Fighting corruption within the RNP and the country in general is one of the police’s priorities.

He urged them to be disciplined officers, who love their work.