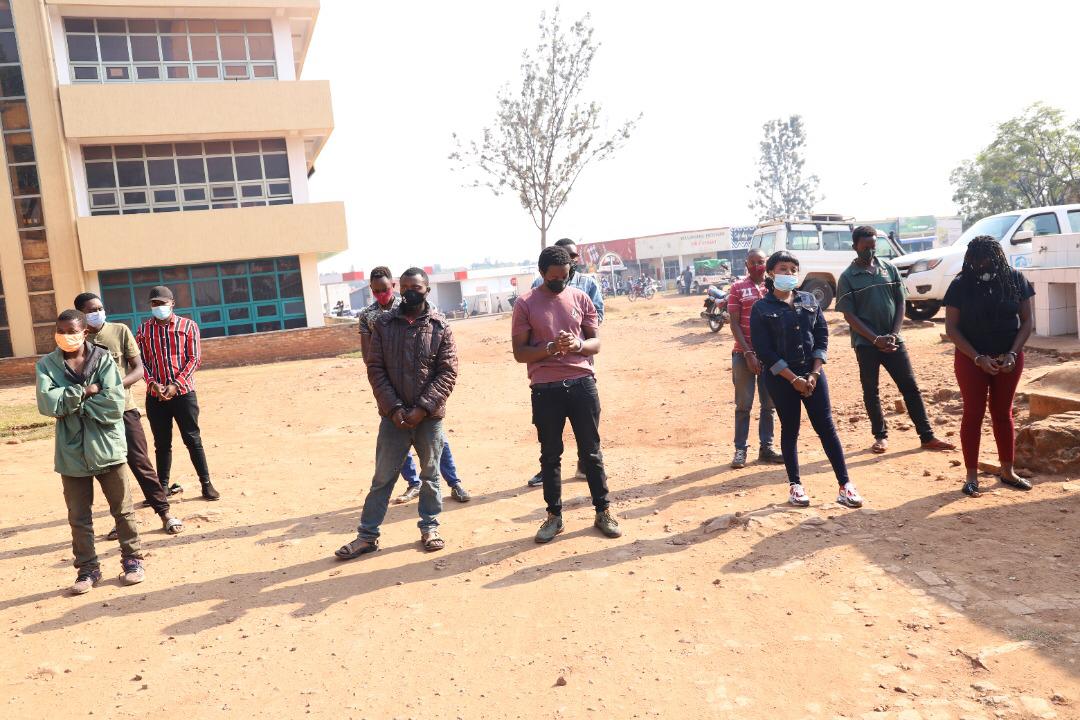 Twelve people were on Wednesday, July 20, arrested in a shop in Tumba Sector, Huye District where they were found drinking.

Bars are still closed while social gatherings are also prohibited as part of the national measures to prevent the spread of Covid-19.

In Huye District, movements are prohibited between 6pm and 4am while allowed businesses are also required to close by 5pm.

The Southern region Police spokesperson, Superintendent of Police (SP) Theobald Kanamugire said that the shop, which was hosting eleven people and drinking, was also operating during curfew hours.

"Birori had turned his small shop into a bar. Police and local leaders found all the eleven people in the shop taking alcoholic drinks, which is against the directives. It was also during the time when everyone was supposed to be at home," SP Kanamugire said.

Five of those arrested are university students. SP Kanamugire advised the young people to set an example instead of exposing their lives to the virus.

The violators were educated on government directives and health measures, subjected to Covid test at their cost and fined for the violations. Local authorities also closed the shop.