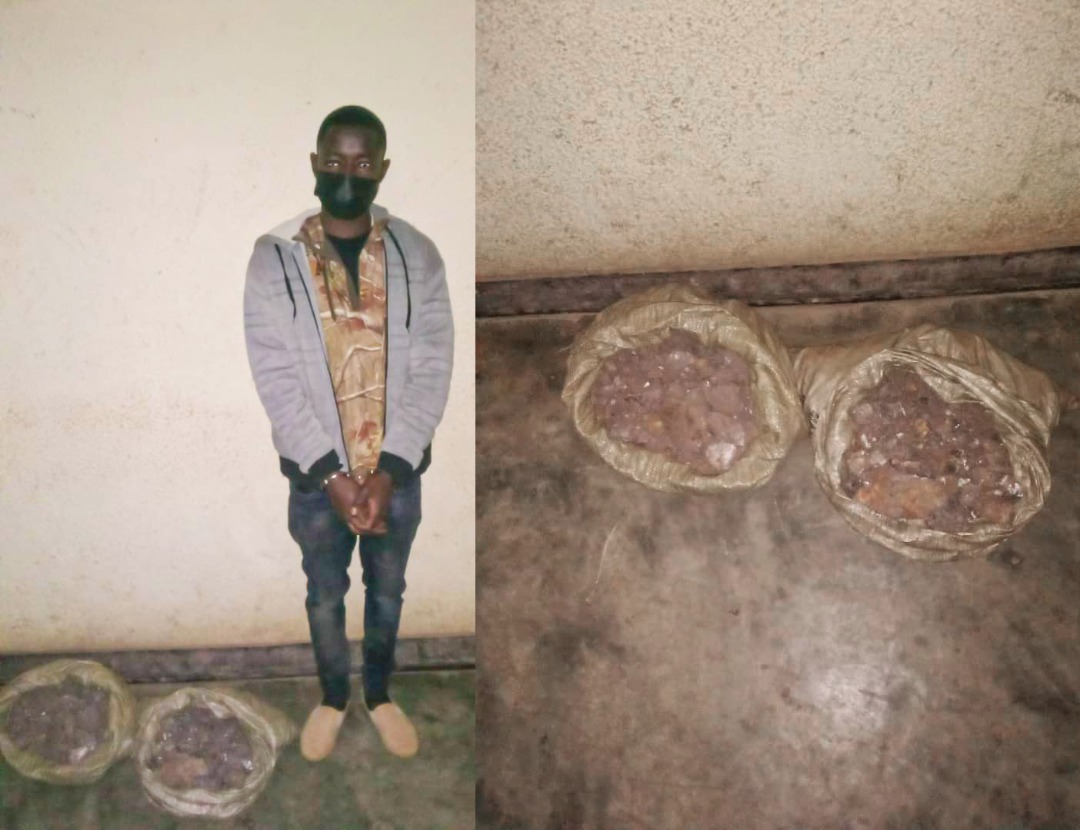 The District Police Commander (DPC) for Gicumbi, Superintendent of Police (SP) Ndahimana Gisanga said that the suspect was arrested due to a tip off by local residents.

“Residents in Rwankonjo reported that Nkoriki, who has been frequenting Uganda through illegal border points, had sneaking quantities of minerals into Rwanda. We conducted an operation and arrested him at about 9pm in possession of 80kgs of Wolfram,” said SP Gisanga

Nkoriki said that the minerals were brought to him by people, whom he did not disclose and that he intended to traffic them to City of Kigali to supply his client.

SP Gisanga warned against illegal cross-border and smuggling. He commended residents, who shared information leading to the arrest of the suspect.

Nkoriki along with the minerals was taken to RIB at Cyumba station for further investigation.