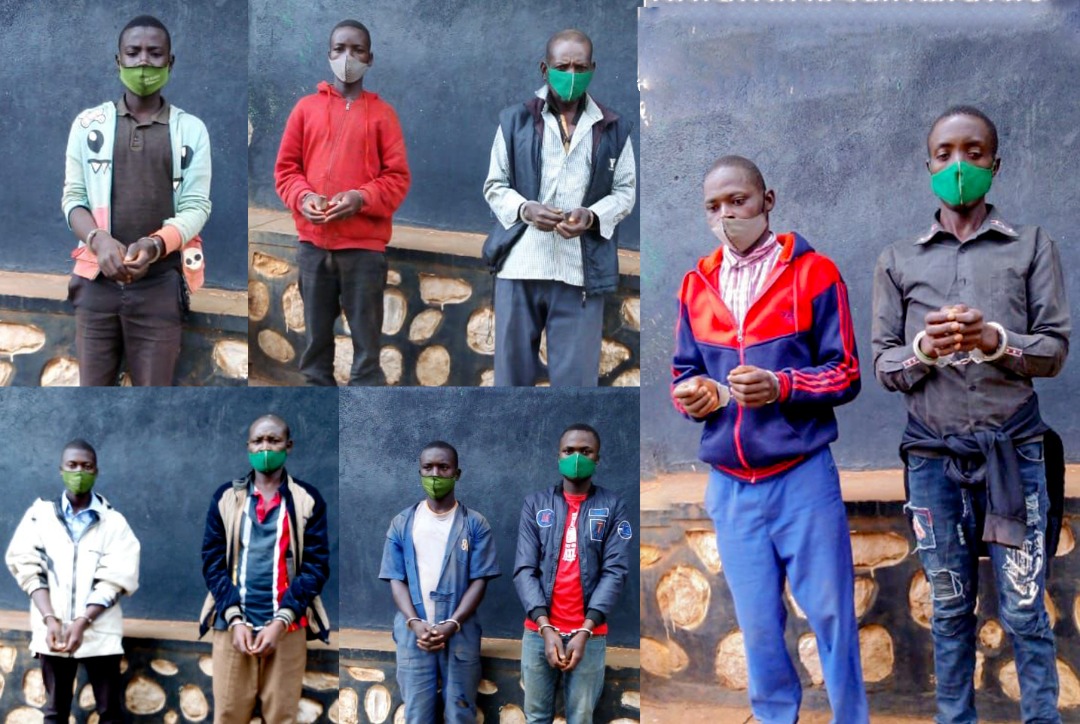 They were arrested red-handed with 3kgs of cassiterite and other 25kgs of unprocessed minerals, which they had excavated in the concession belonging to Luna Smerta company located in Karama Village, Rumuli Cell, Muhura Sector.

The Eastern region Police spokesperson, Chief Inspector of Police (CIP) Hamduni Twizeyimana said that the information about the group of illegal miners was shared by security guards at the concession.

“Police received information on Saturday at about 7pm, from security guards after they saw a group of people entering the concession. Police swiftly conducted an operation and arrested all the nine people at the scene while mining using traditional tools. They had 3kgs of cassiterite and a sack of unfiltered minerals weighing 25kgs” said CIP Twizeyimana.

CIP Twizeyimana warned against illegal mining activities and commended the guards, who shared information leading to the arrest of the suspects.

The suspects along with the exhibits were handed over to RIB at Muhura station for further legal process.

Article 54 of the law N° 58/2018 of 13/08/2018 on mining and quarry operations, states that; any person, who undertakes mineral or quarry exploration, exploitation, processing or trading without a licence commits an offence.