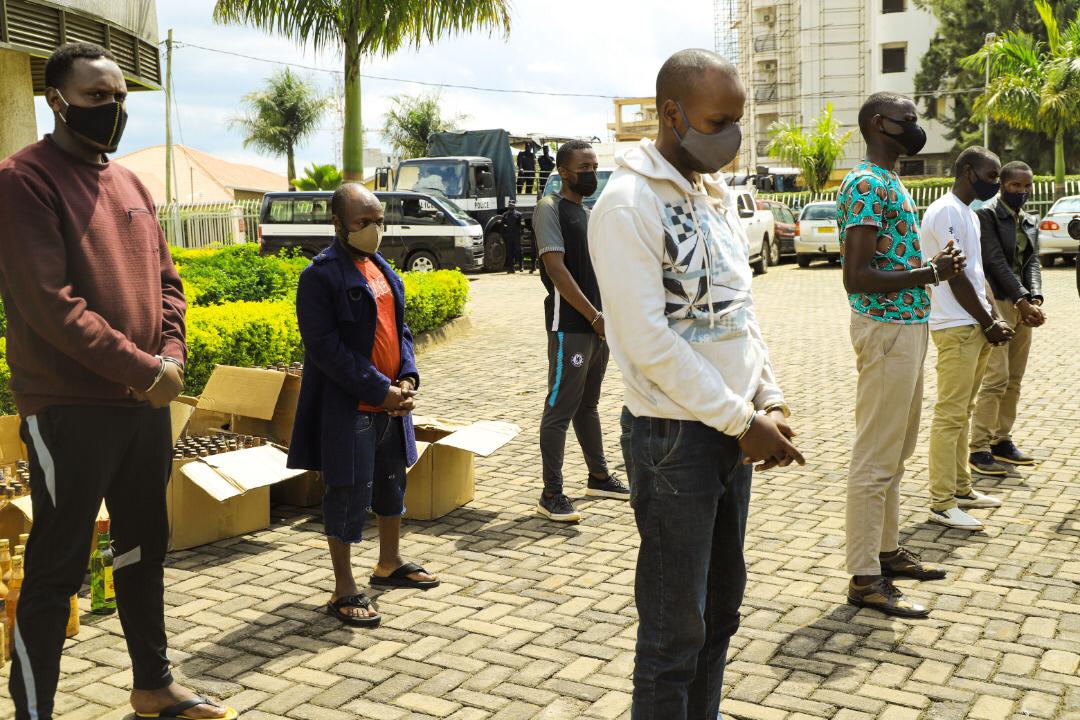 Eleven thieves, including eight suspected to be behind the recent burglary at Bolloré Transport and Logistics warehouse in Kigali Special Economic Zone in Masoro of Gasabo District, have been arrested.

At least 1031 assorted bottles of liquor, which were stolen from the stores, were also recovered from the house of one William Iradukunda (also arrested) located in Kimisagara Sector, Nyarugenge District.

Five of those arrested in connection with the theft of liquors include five security guards attached to AGESPRO, who were guarding the warehouse and three buyers.

Three other suspects are part of the ring that breaks into houses mainly stealing electronics such as flat television sets and computers. Two laptops and assorted computer accessories were recovered from the trio.

All the 11 suspected thieves were showed to the media on Sunday, May 2, at the Police metropolitan headquarters in Remera. 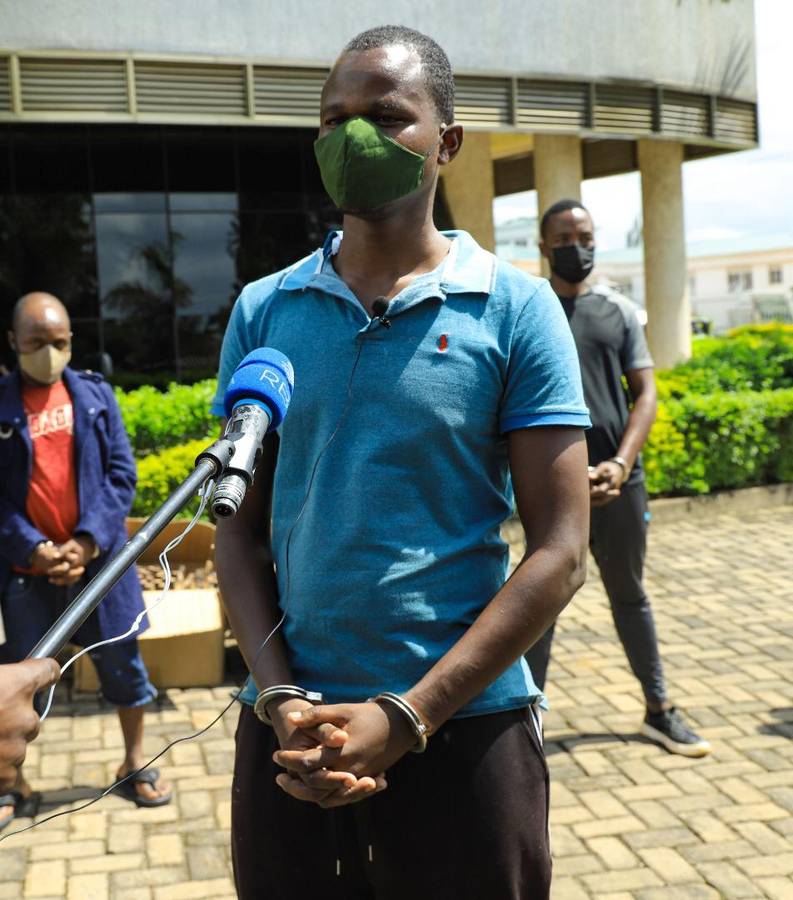 Jacques Cyubahiro admitted to the crime.

Jacques Cyubahiro, one of the arrested security guards and the mastermind in the theft at Bolloré Transport and Logistics warehouse, admitted to the crime.

He disclosed that together with other security guards, they broke into one of the liquor containers and took out 1031 bottles at night after securing buyers.

"Previously, we would break into the containers and take out few bottles just for us to drink, but  after we got buyers, we hired a vehicle, loaded 1031 bottles at night, which we delivered to

William Iradukunda, the businessman found in possession of the stolen liquors, claimed that his suppliers made him believe that they bought the liquors in a public auction.

Jean Pierre Murama, the vice manager at AGESPRO, regretted the criminal actions of their security guards but said the private security firm is going to strengthen on-job training of their personnel to avert such acts.

Meanwhile, Jean Pierre Mbaraga, one of those arrested over theft of electronics, disclosed that they stole the laptops from Kibagabaga hospital, where he guised as a patient. 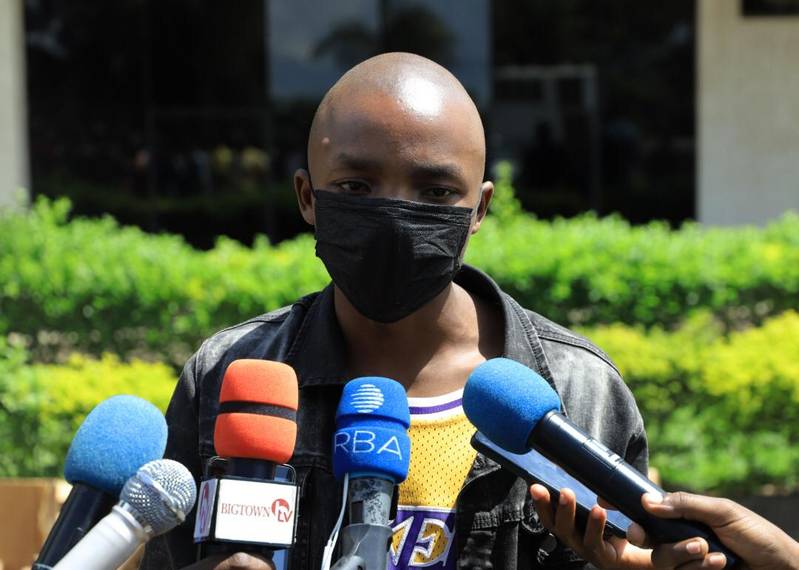 "When victims reported the theft, operations to arrest the suspects and recover the stolen items were commenced and were successful. We are still searching for other two people connected to the theft of liquors," CP Kabera said.

Security guards, he said, should be professional and adhere to ethical standards for the safety of the property or premises under their protection. 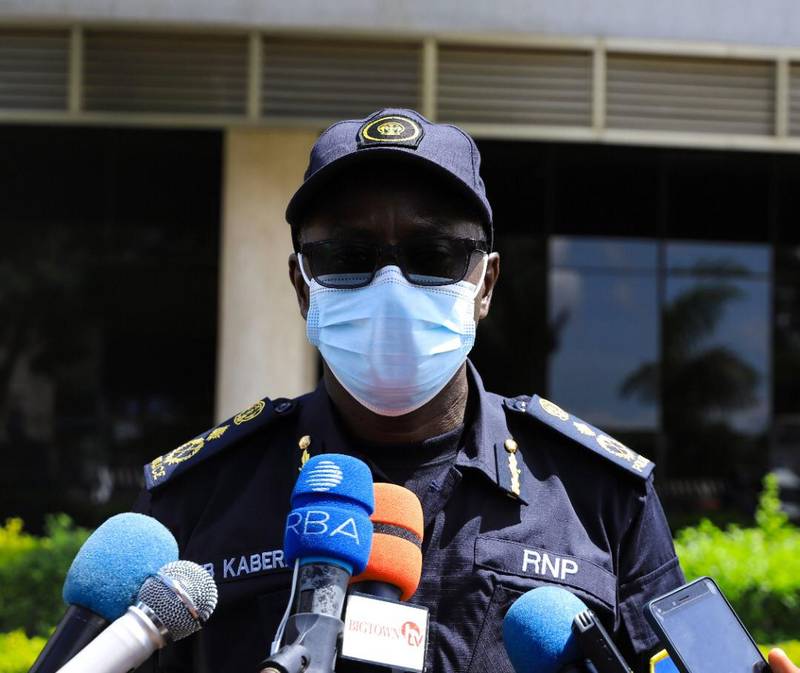 Article 166 of the law determining offences and penalties in general states that, any person convicted of theft is liable to imprisonment for a term of not less than one year and not more than two years and a fine of between Frw1 million and Frw2 million, community service in a period of six months or only one of these penalties.

Article 167 of the same law states that the penalty for theft doubles if the offender committed the crime through burglary, climbing or possession of keys other than the owner or more than one person.

However, in article 176, any person given or entrusted with an item and who is obliged to return it or use it as instructed but who misappropriates, embezzles, scatters or gives it to another person, commits an offence.

Upon conviction, he/she is liable to imprisonment for a term of not less than three years and not more than  five years and a fine of between Frw500, 000 and Frw1 million. 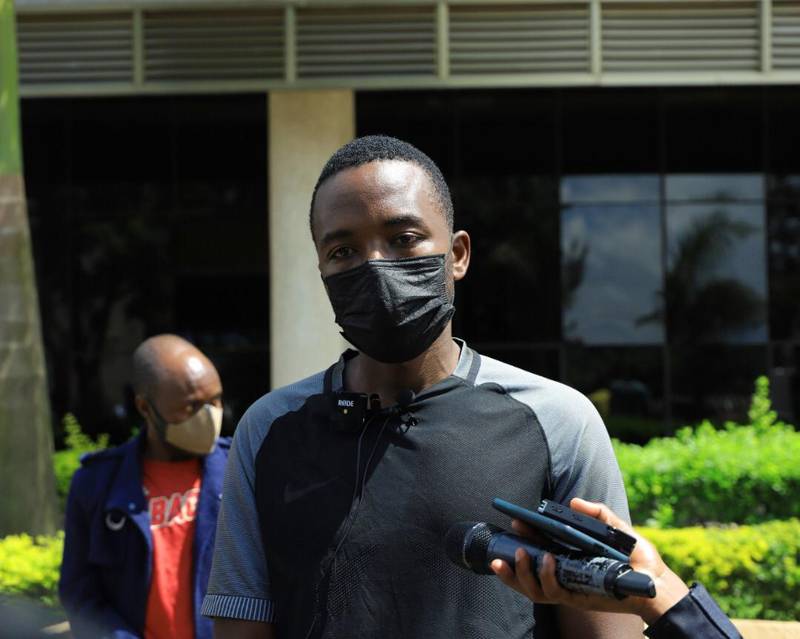 Iradukunda William admitted that he was the one who used to buy beer stolen by Cyubahiro  and his friends.