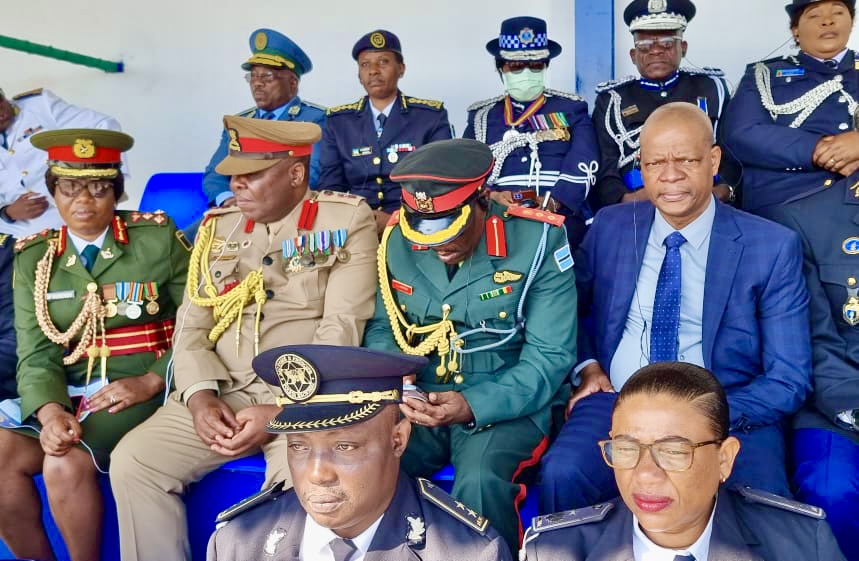 The Deputy Inspector General of Police (DIGP) in charge of Administration and Personnel, Jeanne Chantal Ujeneza, is in Mozambique where she attended the graduation of Mozambican Republic Police Basic Course on Monday, September 19.

DIGP Ujeneza attended the graduation at the invitation of the Inspector General of Mozambican Republic Police Service, Bernadino Rafael.

The colourful graduation held at Escola Practical Matalana Police School in Maputo, was presided over by the President of Mozambique, Phillipe Nyusi.

It was also attended by Mozambican senior government officials in security and governance, diplomats accredited to Mozambique, including Rwanda's High Commissioner, Claude Nikobisanzwe.

Other dignitaries include the Deputy Police Chiefs from South Africa, Malawi, Zambia, Botswana, Eswatini, and Sao Tome and Principe, among others.

President Nyusi thanked all the countries that honored the invitation for the graduation of the 42nd Police Basic Course.

He challenged the graduands of the sworn duty to ensure the safety and security of Mozambican people.

President Nyusi reminded them to "be ready to fight for the freedom of the country from terrorists" and to "help those displaced to return to their homes, regain their rights and property."

He further urged them to fight against transnational crimes and money laundering.

The operations have so far been able to restore state authority in the province, flushed out the Ansar Al Sunna terrorists, with forces are now engaged, among others, in stabilisation and security reforms including repatriation of the affected civilians from internally displaced camps to their respective homes.